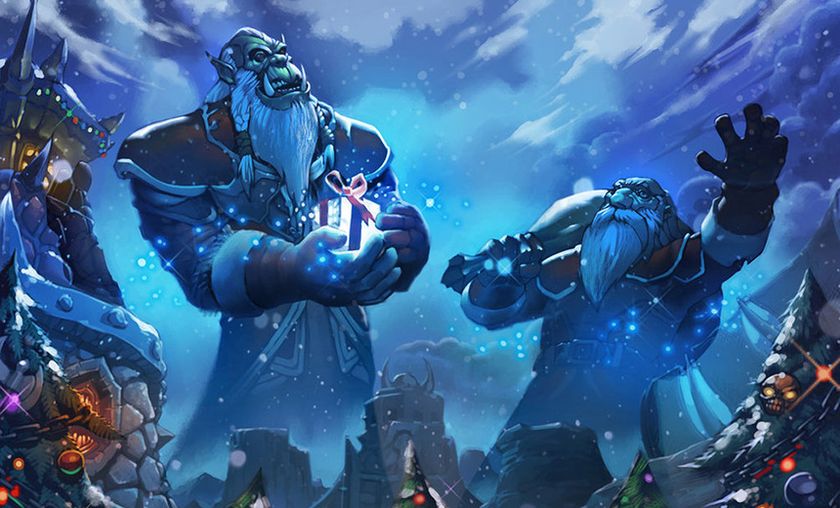 The Hearthstone 2015 wishlist: The top 10 things we want to see this year

2014 was a great year for Hearthstone. The game launched to become one of the most viewed games on Twitch. Despite its casual theme, the game also grew into a legit eSports and seven figures in prize money were won by Hearthstone progamers last year. The card game phenomenon travelled to major offline events in China, Sweden, Poland, Germany, Korea, Sweden, UK and Romania while Fireside Gatherings were constantly held pretty much all over the globe.

Yet, there's still a lot of growth in front of Hearthstone as the community expects new features, new developments, new improvements. One week into the new year, the GosuCrew collective gathered round to share with you the top 10 items on their wishlist while urging you to vote for yours.

Constructed players have the privilege of vying for ranks and boasting about their legend status. Constructed players win card backs and on top of all of that, get gold hero portraits that they can use to even further bling their Hearthstone experience. Why not throw some of this love towards Arena players? As a separate format and very large part of the Hearthstone community, we would love to see who the best Arena players are.

The Observer mode has made the Hearthstone community even more interesting. Wouldn’t it be better to know who else is spectating and be able to chat with them as well? It’s like you’re in a crowd, watching and cheering for your favourite heroes while exchanging thoughts with the people beside you. The “community feel” could get more enhanced if this is possible.

Naturally, improvements to the very observer UI are also needed. Nobody likes to see upside-down cards, that's for sure.

The step towards a match history and a few more stats for every Hearthstone player is not a new one. All of the Blizzard games provide their players with an abundance of stats and facts, whether about them or about other members of the community. Sure, we already have the Golden Portraits but this would add more personality to each player. What kind of matchup is this guy good at, where does he struggle the most? With a click of a button, a name on the ladder might become a good friend.

Stats are always fun and essential, so let us keep our fingers crossed for this change to come. Soon. 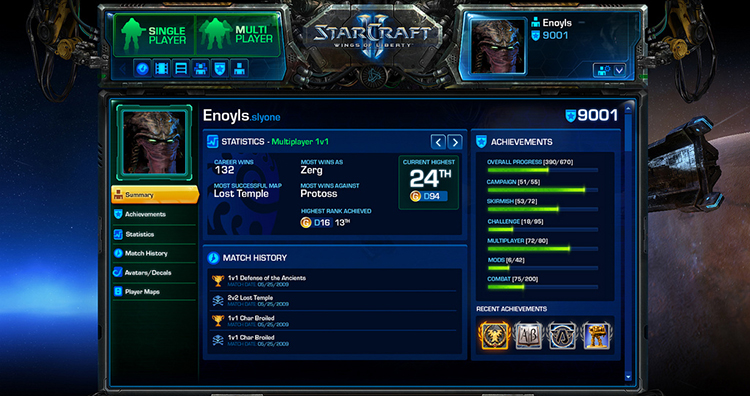 StarCraft 2 players are happy to have an amazing player profile and match data.

The idea of quests as a tool for grinding gold is cool but if one does belong to the rather large F2P Hearthstone faction, it is not enough by a long shot. More importantly, most players who are F2P have only certain decks at their disposal and the dominance or total dominance quests are well out of their reach.

The limitation of nine decks might not have impacted all Hearthstone players at this stage but as so often the “no harm done” rule applies here. With more deckslots comes more variety and with more variety comes also decreased time spent in construction mode. Instead of removing and adjusting existing decks (which might work well), the addition of a fresh one from scratch gives you more fun as a player.

This is the obvious idea and it has been out there for a while now. One can only hope that Blizzard is so kind to answer these prayers in a little while.

It’s no secret that the current ladder system in Hearthstone is suboptimal. Or rather, a more accurate description would be "unrewarding".

Even if the frequency of season resets is to be left aside, there's still that moment where "good" and "bad" players have to start from more or less the same place, making it a tedious and boring climb for the former. After all, it’s safe to say if you make legend every season, you shouldn’t really start below the median.

Additionally, the legend tier itself provides no incentives for climbing, besides bragging rights and there’s no feel of achieving something truly great. We could write an entire article on the ladder system - and we will - but for now suffice it to say that improvements would be most welcome. The ladder really needs another revision beyond the rank system

Despite its young age, Hearthstone is already quite diverse. With nine classes, players do have an arsenal at their disposal and they can construct at free range. It might be too early to speak about this shortly after the release of the expansion but please Blizzard: Give us more classes!

The obvious ones that are missing, the Monk and the Death Knight are but two of the possibilities. Although all of the existing classes make an appearance in World of Warcraft, there is no need to stick to these. Hearthstone is in a great condition now but it would kick ass to have a hint later this year about a new class.

Organizing a Hearthstone tournament these days is not that straightforward. It would be great to have in-game tournament system that pairs you with people and you advance through a bracket and might get a reward at the end (i.e. 40 gold or a pack). It could be something like arena wherein you pay gold  or a dollar as an entrance fee. In addition, there could be a section where sponsored organizers could create tourneys and players on that server could simply click and sign up for it. This is also where spectator mode could get in handy. You could click on the brackets and watch on-going matches.

Bring up a discussion about chatrooms and there are usually two main thoughts on them. One thought says that chatrooms are a breeding pool for vitriol, spam, and flamers, while the other gushes about the importance of social interaction while gaming and the spontaneity it can bring. Chatrooms are only as bad as the people who use them, and Hearthstone is already notoriously non-social (especially for a game that is set in a lively tavern) experience for most players.

StarCraft II has it. Other games have it. Hearthstone should have one. Don’t you wish you could save and/or watch your game again without having to bother with third party apps to record the entire game? Replays could help Hearthstone players analyze their gameplay and in doing so, they may get better at the game.