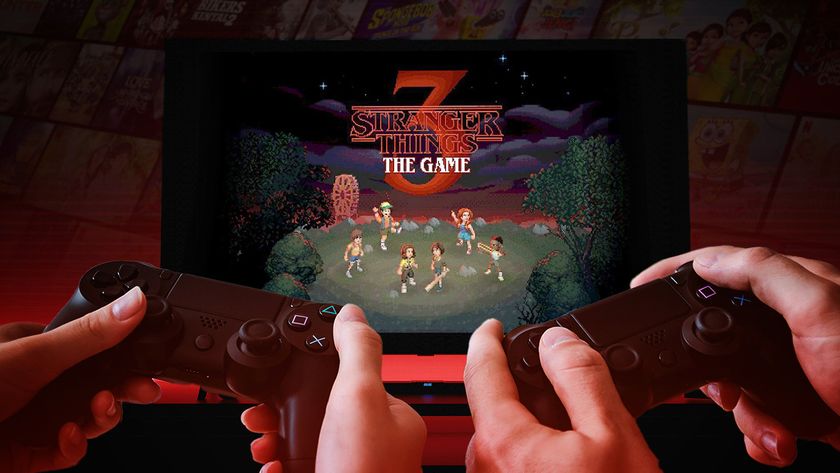 Netflix has been making big moves in the games industry lately, going from adaptations to making games of its own. What's it all for?

In case you haven’t noticed, Netflix is trying very hard to tap into the games industry. The streaming service has an impressive slate of game adaptations lined up to either lure fans to its platform or keep them there, including the likes of Splinter Cell, Tomb Raider and Bioshock. Its obsession with gaming doesn’t stop there, however. Netflix now makes video games of its own, playable on mobile devices directly from its official app.

The question is: what brought about this sudden interest in gaming? Game adaptations are nothing new, but a streaming service packed with TV shows and movies is now expanding to video game development - and that is unique to Netflix in the entertainment industry. To figure out what sparked this aggressive move into the gaming sphere, all we have to do is travel back in time to 2019, when the company said this to its shareholders:

We compete with (and lose to) Fortnite more than HBO […] Our growth is based on how good our experience is, compared to all the other screen time experiences from which consumers choose. Our focus is not on Disney+, Amazon or others, but on how we can improve our experience for our members.

And there you have it: it’s not a streaming war and it never was. It’s a screentime war. Whether you’re binging TV shows, going on TikTok or playing video games - Netflix would much rather you spend all that time on its platform and nowhere else. The problem is that it doesn’t have the content to compete with TikTok or the games industry… yet. 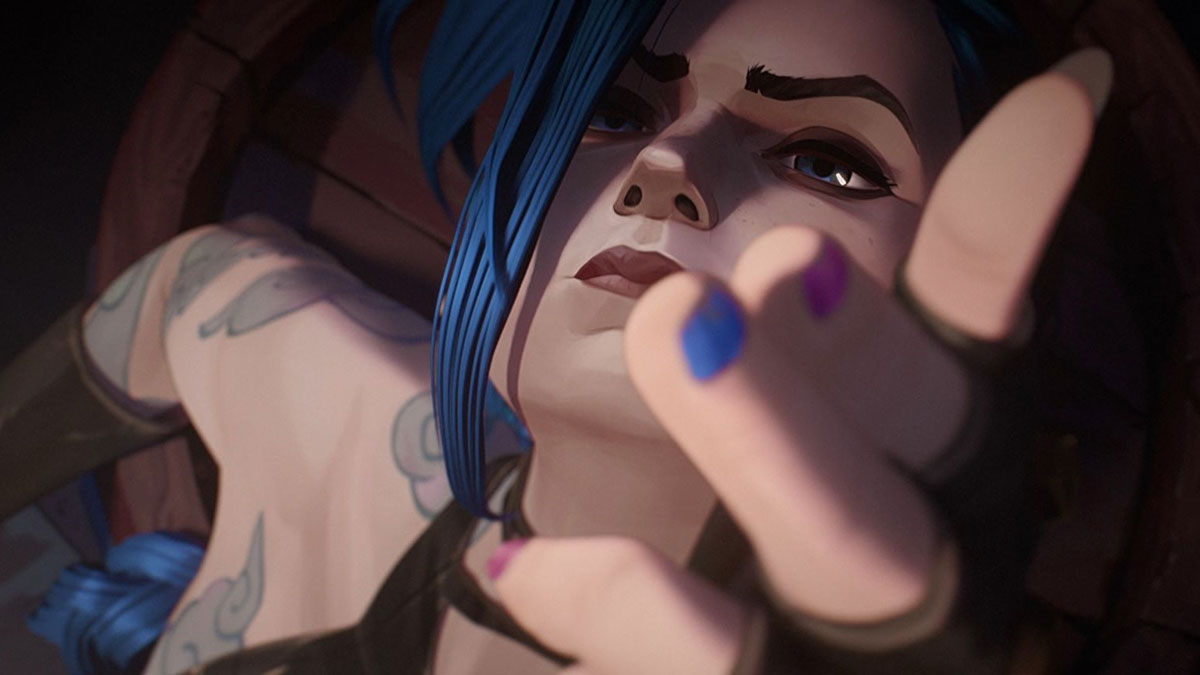 There’s a chance that your favourite game, whatever it may be, is being adapted for the silver screen as we speak. Netflix is just one of many streaming services hoping to establish an audience by using popular IP, and games are ripe for the taking. For example, Paramount+ is currently streaming the first season of Halo - a new series following Master Chief as he uncovers Covenant secrets and struggles to keep his helmet on for more than five minutes. Even with the show's somewhat lukewarm critical reception, it’s already become Paramount+’s biggest TV series debut to date. You can see why everyone wants a piece of this pie.

The opposite also happens to be true, with some game publishers looking to make the jump to Hollywood. Take Sony, which established a new branch of PlayStation focused solely on turning its gaming IP into movies and TV shows. This branch is called PlayStation Productions, and it’s already given us an Uncharted movie starring Tom Holland and Mark Wahlberg. Its first TV series is currently filming at HBO: The Last of Us, with Pedro Pascal (The Mandalorian) playing Joel Miller and Bella Ramsey (Game of Thrones) playing Ellie. Other projections are still in development: Ghost of Tsushima and Jak and Daxter are getting turned into movies, while Twisted Metal and God of War become TV series for Peacock and Amazon Prime Video respectively. Look at that - more streaming services. Who woulda thunk?

Netflix is no slouch in this category either. It’s doing more gaming adaptations than we can count, but we’ll do our best anyway: Splinter Cell, Tomb Raider, Sonic Prime, Devil May Cry, Cyberpunk: Edgerunners, Far Cry, Angry Birds and Tekken: Bloodline are all getting animated series adaptations. Pokemon, Beyond Good & Evil, Resident Evil, The Division and Assassin’s Creed are lined up to get live-action adaptations. Plenty of shows already streaming are getting sequels, too. Arcane and The Cuphead Show are getting new episodes, while Castlevania is continuing with a spin-off.

That massive lineup makes Netflix the king of video game adaptations, even if only for the time being. It makes sense, too - huge gaming franchises like these already have established audiences who will flock to see their favourite characters and stories come to life in new ways. It’s one way to get gamers on your platform, that’s for sure. 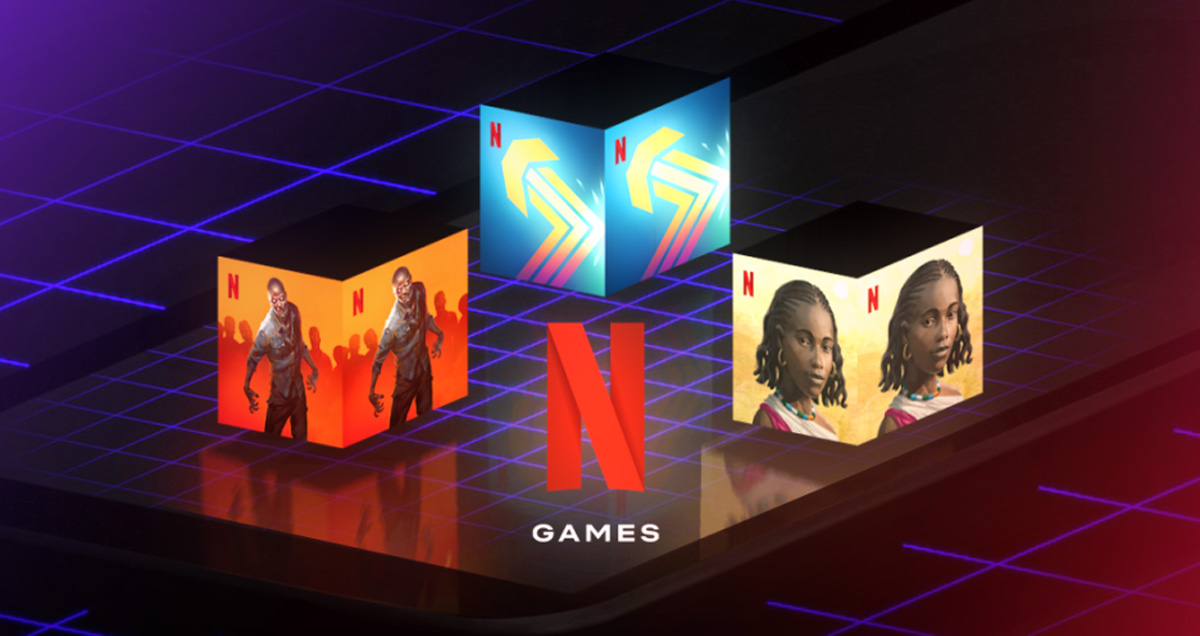 Not content with merely adapting games, Netflix has begun to create games of its own. In 2021, the company named former Electronic Arts and Facebook executive, Mike Verdu to be the vice president of game development. Soon after, it acquired Oxenfree and Afterparty developer, Night School Studio. In March this year, the company announced that it would acquire two more game studios: Next Games and Boss Fight Entertainment. Next Games previously developed tie-in mobile games for The Walking Dead and Stranger Things.

With three studios under its belt, Netflix is poised to become something we never could have predicted: a video game publisher. Currently, the service can only offer mobile games playable via the Netflix app on Android and iOS. Some of these games had already existed long before Netflix Games came along, and were retroactively added to the service. All of them are free to play, as long as you have a subscription.

At first, these games seemed fairly simple. Deceptively addictive mobile games that had you knock monsters about, get a ball through a hoop or match pairs of cards; their charms are simple but reliable nonetheless. In March, however, Netflix announced a couple more games that seemed a little more substantial. 'This is a True Story' is a narrative puzzle game that follows a Sub-Saharan African woman struggling to obtain water for her family, against rich hand-painted backgrounds. 'Into the Dead 2: Unleashed' is a runner-shooter hybrid that has players fight through hordes of zombies across dozens of stages.

Netflix’s games are getting a lot more interesting, and we haven’t even seen what its three recently-acquired studios are up to yet. It’s only been five months since the streaming service started to deal in gaming, so we can only imagine what else lies up its sleeves. We already have interactive experiences on Netflix available for PC, such as its choose-your-adventure stories (Black Mirror: Bandersnatch, Unbreakable Kimmy Schmidt: Kimmy Vs the Reverend), so an expansion to PC platforms seems only a matter of time.

If the streamer wants to keep its subscribers on the service as often as possible, it would be remiss not to include PC and TV viewers as well. Mobile gaming is big - but it isn’t everything. We get the feeling Netflix wants it all.

Gaming, it's so hot right now

Netflix doesn’t think it’s competing with HBO or Amazon Prime Video. They are the least of its concerns at this point. In 2017, Netflix pointed to sleep as its competitor. In 2020, it pointed to TikTok. And of course, in 2019, it called out Fortnite. While Netflix has the content and subscriber base in place to compete with other streaming services, it doesn’t have anything to compete with Fortnite. Or at least, it didn’t - not until last year. Netflix Games is growing and will continue to grow so long as the company is convinced that its subscribers are showing interest in having games attached to their subscription.

“Our growth is based on how good our experience is,” said Netflix back in 2019, referring to the fact that it wants to give subscribers more value for their subscription compared to other streaming services. Adding video games is just one step in that direction, but that happens to be one step further than other streamers like HBO Max and Hulu have managed to take so far. When it comes to gaming, Netflix considers itself ahead of the curve. It just might be right on that front, but how long does it have until other streamers catch up?

Are you interested in any of the games Netflix already has on its service?

E3 2022 has officially been cancelled

Our 10 most anticipated mobile games coming out in 2022