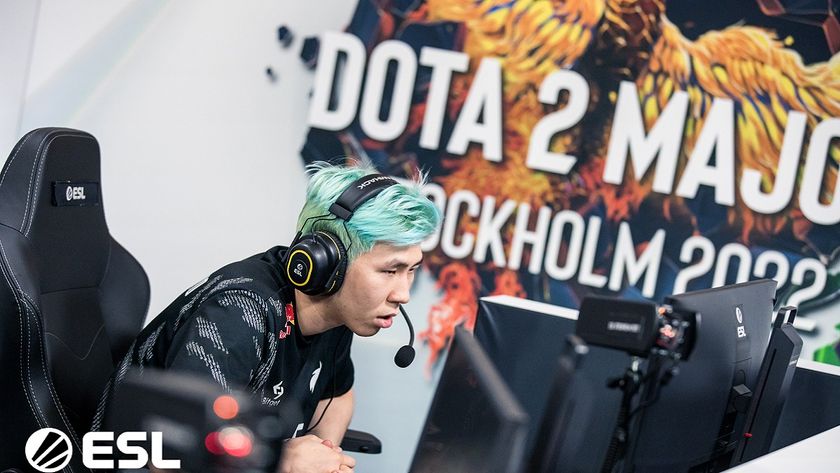 After a season hiatus, the EEU region is back in action after Valve had postponed the DPC for Eastern Europe indefinitely due to the war in Ukraine.

It returned just prior to ESL One Stockholm Major 2022 with a shortened format and fast-paced, high-stakes action with three Major slots up for grabs for the Eastern Europe region.

The playoffs bracket was shaken up when the Virtus.pro line-up playing under the Outsiders tag got disqualified by Valve after Ivan “Pure” Moskalenko drew the militarist symbol “Z” on the minimap. Their disqualification gave a second chance to Mind Games, which Outsiders initially defeated.

Mind Games proceeded up to the finals and eventually seized a spot at the Major. BetBoom, formerly known as Winstrike became the first team in EEU to secure a ticket to the Major, then Team Spirit.

However, Mind Games was not able to secure their visas in time to travel or participate in ESL One Stockholm Major 2022 and after receiving a forfeit loss in day one, was then disqualified from the event in day 2.

Mind Games not receive any prize pool or DPC points.

Both remaining EEU teams were able to secure a place in the upper brackets of the playoffs after placing in top four of the group stage.

Team Spirit landed in the first round of the lower brackets after losing the playoff opener to Tundra Esports and then lost 2:0 to beastcoast for a disappointing, but not completely unexpected 9-12th place finish.

BetBoom faired slightly better but were bested by South America not once, but twice to end their run. After falling to the lower brackets due to a 2:1 loss against Thunder Awaken, they bested Team Liquid 2:1 to move into the second round of the lower brackets. It was there that they faced off against beastcoast and took a 2:1 loss at their hands as well.

After three years of wanders, Roman "RAMZES666" Kushnarev returns home to Virtus.pro/Outsiders, and back to the carry role. Ramzes carried Virtus.pro to three editions of The International and lifted five Major trophies through his 2016-2019 first stint with the organization.

In their first week of play, the team took down their opponent's One Move 2:0.

Watch for them this week as they take on Pari Parni featuring Gleb "depressed kid" Zyryanov and Pavel "9pasha" Khvastunov on Friday, June 17 at 12:00 CEST.

Immediately following that series will be another exciting matchup.

Both teams are undefeated after their first week of play.

Rounding out the week on Sunday, June 19th at 18:00 CEST will be Mindgames facing off against BetBoom.

Neither of these teams has a single win under their belt so far and have suffered 2:0 defeats at the hands of their opponents.

The EEU Division I games will begin this week on Thursday, June 16th at 15:00 CEST.

Are you hyped for EEU dota 2?

Yes, I'm so glad it has returned
Thank you for voting!
Nah, not a fan of the region's playstyle
Thank you for voting!
Cristy “Pandoradota2” Ramadani
Pandora is a behind the scenes Dota 2 professional Jack of All Trades. When not busy with Dota 2 work, she is out trying to save the world or baking cupcakes. Follow her on Twitter @pandoradota2
Share Tweet
1 people reacted to this post