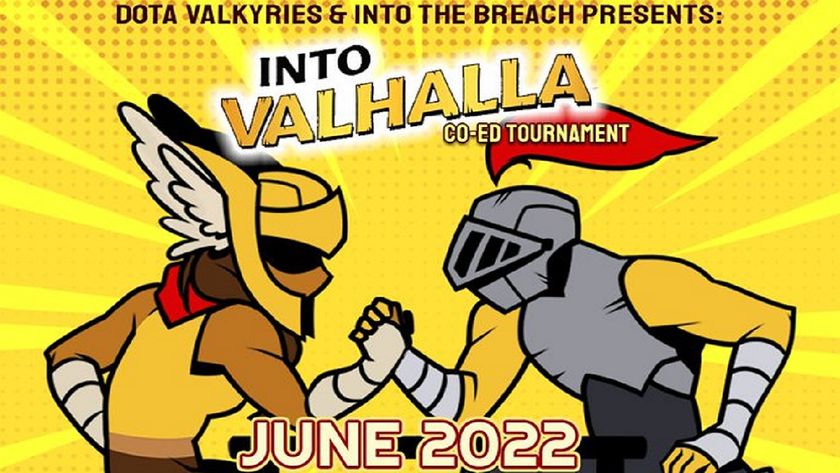 Dota Valkyries and Into the Breach have partnered up for a co-ed charity tournament to support Safe in Our World.

Into Valhalla is a co-ed Dota 2 charity tournament supporting Safe In Our World, designed to provide a safe competitive space for women and non-binary players.

This event is yet another in a string of positive and progressive initiatives from Dota Valkyries to create change and promote healthy gaming for all.

DotaValkyries is a project and initiative that aims to support women in casual Dota 2 as well as in the pursuit of a professional career.

They launched one year ago and since then has made not just a footprint but a deep impression for women within the Dota 2 scene.

The organization has supported women across all aspects of industry work from background and support functions to competing in online and LAN events and to showcasing their talent in broadcasting and coaching.

A team must consist of a minimum of 5 players, with a minimum of 2 female or non-binary players and a maximum of 3 male players. This includes any registered subs.

The Group stages will be 5 games played in the week before the playoffs, so from the 6th to the 10th of June. The default schedule for these matches will be as follows:

* Underlord Secret Keeper withdrew from the tournament on 6th June

Are co-ed tournaments going to become more popular in the future?

yes, I think so
Thank you for voting!
Not yet
Thank you for voting!
Cristy “Pandoradota2” Ramadani
Pandora is a behind the scenes Dota 2 professional Jack of All Trades. When not busy with Dota 2 work, she is out trying to save the world or baking cupcakes. Follow her on Twitter @pandoradota2
Share Tweet
15 people reacted to this post