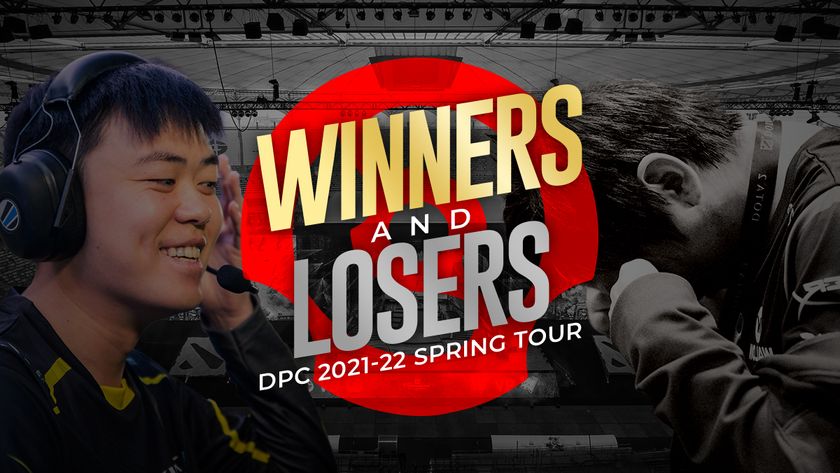 "You win some and you lose some" as the saying goes.

As always the end of the season brings about a mixed bag of emotions for teams and fans alike.

The DPC 2021-22 Spring Tour is no different, but it does perhaps feel very different. Teams that were able to clinch a spot at the ESL One Stockholm Major not only have a chance at securing a hefty amount of DPC points that will earn them a spot at The International, they will also have a chance to play at the first MAJOR LAN with an audience in approximately two years.

Teams that have been promoted to Division I will still have a shot at one more Major and earning points while the teams that were relegated to Division II will need to play out a season that will only provide them with an opportunity to be invited to the qualifiers for The International 2022.

Here's a look at how the winners and losers turned out.

The ESL ONe Stockholm Major is just a few weeks away. While EEU has not had a chance to compete in the regional league play, as Valve had postponed the DPC for Eastern Europe indefinitely due to the war in Ukraine, there are still three spots allocated to the region. Rumors are rampant that there will be some type of finals for teams from the region to compete in and there is expected to be some representation for the region. No details or official information has been released yet though.

ESL One Stockholm Major is set to unfold May 12-22 at Hovet Arena and is not just the first Major of the year, but also the first LAN tournament for Dota 2 that will welcome a live audience in more than two years.

Among the biggest surprises in the league division play this season was perhaps none other than Nigma Galaxy being sent to Division II by Team Liquid —well, Liquid's win was the nail in the coffin for them at least. The TI7 championship team will now need to play the season in order to be able to compete in the qualifiers for The International 2022.

In good news though, Goonsquad was promoted to Division I with a clean 7:0 record. Talon Esports will finally get their chance to shine in Division I and Alliance are back in action for the final league play.  All three teams will now be able to aim for a place in the last Major.

Teams Promoted to Division I

In addition, on 22nd January 2022, it was announced that the second and third-place teams from each region's qualifiers will compete in a wildcard LAN event prior to The International to decide the final two qualification spots - thus expanding The International 2022 from 18 to 20 teams.

Did the season shake out the way you were expecting?

Yes, for the most part
Thank you for voting!
Nope, there were a few surprises
Thank you for voting!
Cristy “Pandoradota2” Ramadani
Pandora is a behind the scenes Dota 2 professional Jack of All Trades. When not busy with Dota 2 work, she is out trying to save the world or baking cupcakes. Follow her on Twitter @pandoradota2
Share Tweet
56 people reacted to this post