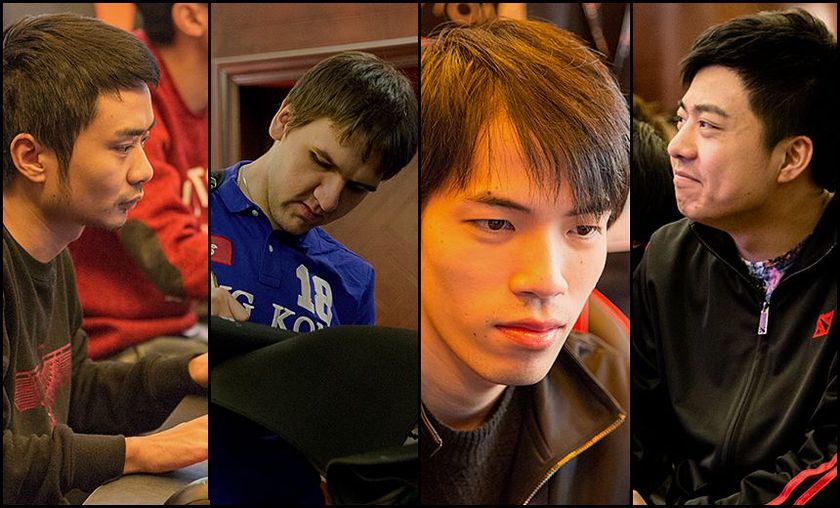 With the advent of the Lunar New Year and the ongoing Year Beast event, all eyes remain on the eSports superpower China. The annual Dota 2 roster shuffle looks set to begin in the last week of February, with the Chinese teams looking to revitalize as they prepare for the oncoming season. The next two months of competition will undoubtedly feature the teams fighting their hardest to earn their invites for The International 2015.

The teams are set to undergo a process of renewal and revival in order to prepare for the largest tournament of them all. With the Western teams clinching top honours and good overall results at the Dota 2 Asian Championships (DAC), it is doubtless the Chinese are shifting in their seats, eager to regain their position as the supreme powers of Dota 2. The signs are alarming: the best Chinese team Vici Gaming performed well until the grand finals where they were swept 3-0 by a revitalized Evil Geniuses. While Team Secret with western superstars galore, went undefeated in the group stage 15-0.

Perhaps the most worrisome for the Chinese teams is that while they had 4 representatives in the top half of the DAC, three of them went into the tournament with roster problems – Vici Gaming, Invictus Gaming and Big God – while TI4 champions NewBee fell to an abysmal 2 – 13 record in the group stage. In this feature, we take a look at the notable Chinese teams and their roster problems, as well as some of the predicted shuffles that could occur. With a great number of free agents and teams looking to revamp, this will be yet another exciting transfer window to watch. However, with TI5 invites soon to be announced, it is unlikely that mass changes among the teams will occur and teams will only look to refresh and tweak their rosters in preparation for potentially the biggest prize pool in Dota 2.

In the second installment of this feature, we will look at the current state of the Western scene – given the number of free agents and the revival of North America, the Western scene looks to be in flux as well.

Disclaimer: All views in this article are those of the author's and are not representative of the professional teams nor those of GosuGamers. The teams have been ordered by their position in DAC.

Vici Gaming are undoubtedly the top team in China at the moment, they have been placed well in all the tournaments they have participated in since the post-TI4 reshuffle. On paper, they have some of the best players in the world, and have maintained their performance despite the disparate nature of the players. However, it appears their lineup featuring a mixture of east and west was never meant to be – in spite of all of Dominik 'Black^' Reitmeier's contributions, he was unable to keep his position on the team due to communication issues. The other four look set to remain in their roles, with Daryl 'iceiceice' Koh speaking fondly of all the players – especially Junhao 'Super' Xie – in his recent Ask Me Anything.

This leaves Vici sorely missing a top-tier carry player in the wake of Black^'s departure. Replacement carries in China are few and far between – at least, those deemed to be better than Black^ could be counted on a single hand. Names like Zhihao 'Hao' Chen, Zhang 'Rabbit' Wang, Zhilei 'BurNIng' Xu and Jiajun 'Sylar' Liu come to mind, but will Vici be able to pry them away from their existing teams?

The most apt way to describe them would be simply a team of four retired legends and a pubstar. Despite that unflattering description, Big God were a team that defied the odds – they went into DAC as a team self-described as "for fun only", and yet ended up as the second best team in China. Their pedigree is unquestionable, but they had also announced before the inception of the tournament that they would disband following the outcome.

With rumours of BurNIng set to sign for Invictus Gaming, and Ning 'Xiao8' Zhang possibly returning to LGD, Big God will almost assuredly disband without these two titans. Fan 'rOtk' Bai has also announced his return to competitive play, while Zhicheng 'LaNm' Zhang's future remains up in smoke. Peng 'Iceice' Li's stellar performance throughout DAC will also make him a potential pickup for the rest of the Chinese teams looking for a proven position 5.

The sleeping giants of Chinese Dota look set to revamp their squad in the post-Chinese New Year season, with announcements of Chen 'CHisbug' Li leaving the team already set in stone. In spite of this, Invictus Gaming played with their current lineup at the DAC and achieved a respectable 7-8th position. Although they were eliminated by SEA underdogs Rave, iG can definitely see the potential in their squad, and look to reinforce it instead of undergoing a complete overhaul.

With legendary carry player BurNIng set to sign a contract with the iG administration, their current carry player Yinqi 'Luo' Luo will probably make the transition to support. Luo's drafts have often kept iG in a position for success in spite of his alternative carry style. This should not be a surprise given that they played this way to great success in the StarLadder Season 11 qualifiers, though were unable to attend the Kiev based finals. They will look to build upon that success over the upcoming months.

Hyper Glory Team have by now earned their laurels as the top tier 2 team of China. Despite their many efforts, they have never been able to break into the oligopoly of the big four, and yet still act as gatekeeper to the other teams challenging for the limelight. Their performance at the DAC was within expectations, but one has to wonder – will they look for a roster change as a catalyst to revamp the team's tactics? Or will Jian 'ZSMJ' Gong persevere in believing in his team to push forward?

If HGT were to look for replacements, it is unlikely that they would get better players than those that they already have. However, rOtk has been rumoured to be interested in reinforcing the team, which would mean that Peng 'Icy' Wang could lose his place in the team.

Predicted Changes
Will remain the same, or
Fan 'rOtk' Bai in from Big God
Peng 'Icy' Wang out to free agent

LGD Gaming were touted to be one of the strongest teams coming out of the post-TI4 reshuffle. Featuring a roster of A-Listers, their performance since the reshuffle has been mediocre at best – exemplified by their inability to break into the top 8 of the DAC. Their lacklustre performances suggest some divisions within the team, or perhaps they just have been unable to find a play style that suits them best. However, with the brains behind LGD and iG at TI4 on the same team now, this looks improbable.

LGD will probably look to shake things up by replacing offlaner Xiaodong 'InJuly' Yang with old captain Xiao8, who wowed audiences with his play at the DAC. Xiao8's return would also bring a new dynamic to the team through his leadership and drafting capabilities.

The fanfare that EHOME received after their revival was felt across the Chinese Dota community – the brand name is still revered across China for their dominance in the 2010-2011 era. However, they have not managed to live up to those expectations, with the SEA-China team mixture not working out as planned. While doing moderately well for a brand new squad, they are definitely not living up to Yee Fung 'Mushi' Chai's standards, and look certain to make changes.

It is likely that the team will look to reform around the three main players of Zyf, Mushi, and Chong Xin 'Ohaiyo' Khoo, especially since coach 71 has repeatedly sang their praises. But there are not many free agents who also play support – the only duo who come to mind are LaNm and iceice of Big God. However, with LaNm's future still undecided, there are few alternatives left. The extreme option left to them would be for the Malaysian players to return to Malaysia and create a new team there – having a Malaysian branch was mentioned to be one the original plans of EHOME's revival.

The LGD youth team seemed to have made it when they had some good results against the top teams in the post-TI4 period. Having maintained the same roster for almost a year, it was a shock to the western observer when they booted long time friend and teammate Yutian 'Seven-333' Wang in favour of their coach Junjie 'Mikasa' Tong standing in. In spite of the changes, CDEC Gaming were unable to impress at the DAC, going 5-10 in the group stages and not even making it to the playoffs. If anything, their weak play confirmed a major problem in the Chinese scene – young talent are still unable to compete with the greats, unlike the way in which North America has unearthed gems like Syed 'SumaiL' Hassan and Artour 'Arteezy' Babaev.

CDEC's roster has always been centered upon its stability under the leadership of captain Lu 'Maybe' Yao. It does not seem that a roster change will take place in CDEC, but if one does happen, it is likely that Mikasa will return to his coaching position. It would be a large boost for them if Iceice were to join them, given his experience and coaching from the four retired players of Big God.

Predicted changes
Junjie 'Mikasa' Tong out, back to coach
Peng 'iceice' Li in from Big God

Giants rise and fall, but none have ever fallen as fast as NewBee. Champions of TI4 after one of the most impressive comeback runs in Dota 2 history, they took top honours for China in July, but took bottom honours in February. Their dismal performance was underscored by the lack of direction displayed by the team, with newcomer Rabbit seemingly out of sync with the rest of the roster. NewBee's contracts to stream Warcraft III Custom Game RPGs have been identified for their fall of grace, but it may be that they are lacking some bite following Xiao8's departure from the squad.

It is likely that they would seek to replace Rabbit with another offlaner, but there are few left in the market. rOtk is a free agent who fits the role of both drafter and offlaner, but he has said that he wishes to train new players in his return to competitive play, which makes him unlikely to fit in at NewBee.