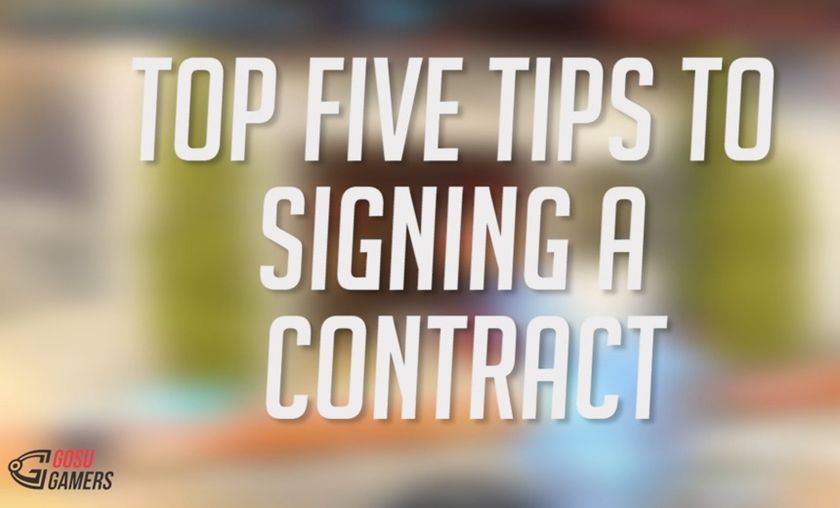 A guide to contracts and how to sign them 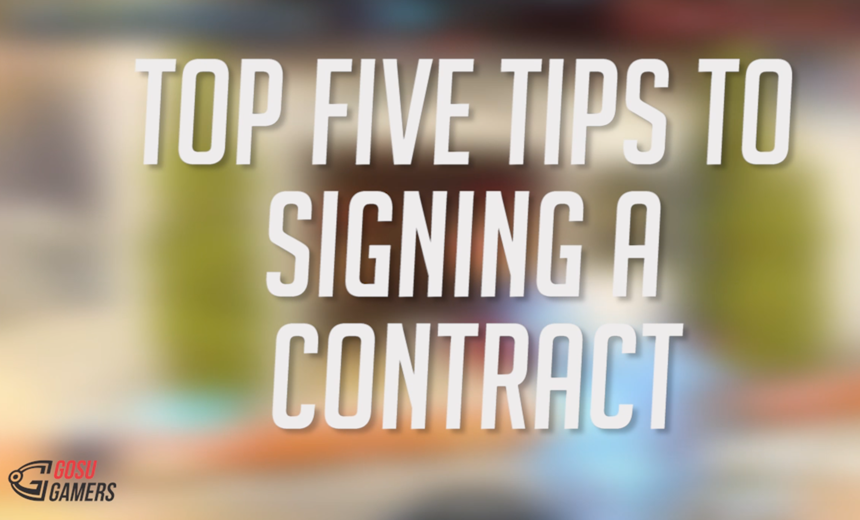 As the Overwatch League’s official signing period starts up tomorrow, many players will feel like they’re swimming upstream without a paddle. For those lucky enough to be scouted for OWL, only a select few would probably have ever been involved in foreign world of contract negotiations. That contract you’re about to sign is more than just salary, and the worst thing you as a player could do is regret something later due to not having known what the contract was saying.

One solution is to find a lawyer to read it over so you can have the maximum protection possible. That’s where people like Ryan Morrison come in.

Ryan Morrison is a founding partner of Morrison / Lee Law Firm based in New York. He and his firm have negotiated more than 500 player’s contractual rights and salaries, most of which were pro bono. He’s seen everything from top-tier contracts to shady business deals that conflicted with what was said to the player.

Morrison was kind enough to sit down with GosuGamers Overwatch to talk about what players should be doing when approached with an offer from an organization. Below, you can find the Top Five Things to Worry About When Signing with an Organization, but keep reading to get some more in-depth, extra knowledge about signing as a free agent.

Morrison has a free-to-use, crash course in contracts on Morrison/Lee’s website, “Free Advice for Free Agency in Esports,” which details the basics around a contract and what prospective contracted players should do before they sign on the dotted line.

Note the “before.” That’s very important. You should be reading the contract yourself - and, Morrison recommends, getting a lawyer to read it as well - before you sign anything. This is to protect you long-term; you don’t want to suddenly find yourself in contract jail/hell/etc. because you didn’t take the time to read it beforehand. If you find something you don’t like, you have a lot more breathing room to negotiate before you put your signature down rather than after.

“It’s a lot easier to fix… stuff before you get it signed than after you signed it and want it fixed,” Morrison said.

Read the contract, especially beyond the salary figure. Morrison noted that when it comes to money, most players just look at the salary clause and that’s it; what players should be doing is looking at the salary, then check to see if there are any stipulations that could cost you some of that salary.

“It can be taken away for a plethora of reasons,” Morrison said.

Finally, take a look at how your image as a player can be utilized per your contract. Not all contracts are created equal, so be aware of what rights you want to protect and how they are defined.

Another tip from Morrison is to look into whether the contract is esports friendly at all, or if it was written by a traditional sports attorney. The latter may not have knowledge about streaming or digital distribution, which could hurt a prospective player in the long run. The idea of teamhouses is also foreign from traditional sports practices - though very common in the esports scene - so it would be a very good idea to see what the stipulations / rules are for that, if any.

Like most full time contract jobs, players should realize that a first offer is just that - a first offer. More often than not, there's room to negotiate for changes to the contract. Those changes can be almost anything - from salary to image rights to vacation days.

“It’s not them being evil that they’re making the contract very org-friendly and giving the player nothing,” Morrison said. “That’s good business sense; that’s what they should be doing… it’s up to the player to realize that that’s a first offer and go back to them and negotiate better rates and better property rights and better… everything.”

One of the biggest pitfalls that Morrison and his team have seen is a player being promised something via text, email, spoken promise, etc. but not getting it because it wasn’t in the contract. That’s due to something called the “entire agreement clause,” a standard in any contract both in esports and in the outside world.

Morrison warned that this clause can allow an organization representative to essentially lie to you, saying one thing but not following up on it because it wasn’t in the contract you signed that specifically states that the entire agreement is written there.

For more tips and tricks in signing a contract, take a look at the video below.

This article is not legal advice, but you can reach Ryan Morrison on Twitter and you can find Morrison/Lee’s website here.