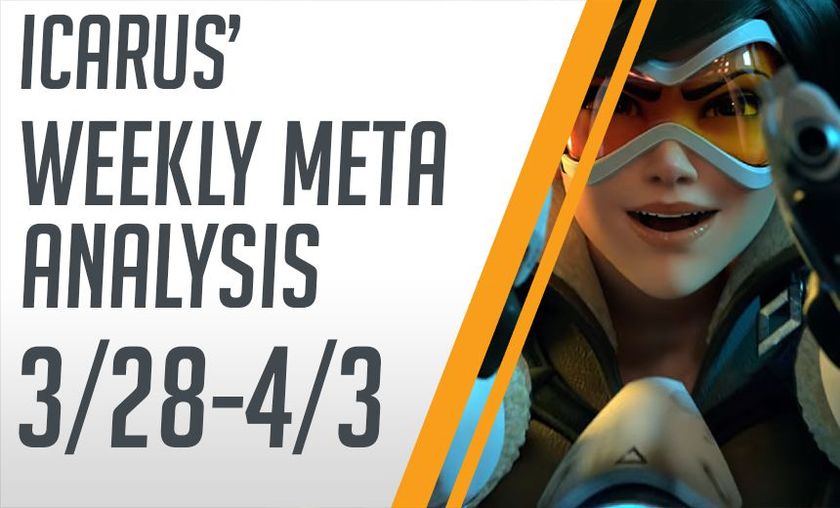 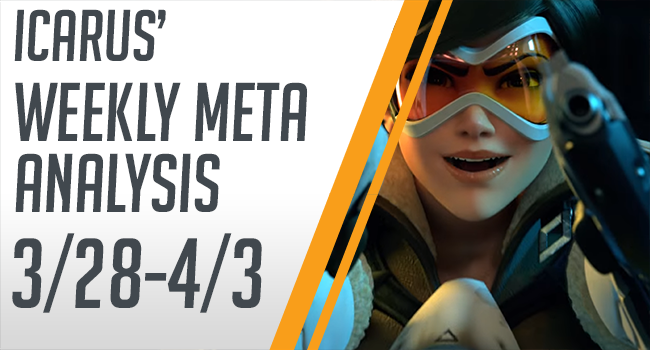 Just like any competitive game, the meta for Overwatch is ever evolving. The ability to hero switch on the fly, and a myriad of different maps, makes the meta incredibly diverse, so much so that shifts may occur during a single map. With so much happening at once, it can be hard to keep track of. With this series, I aim to show what the meta as a whole looks like. Every week I manually record all the hero picks from the GosuGamer’s Weeklies and compile them into a by-the-numbers look at the current state of the meta, including a tier list, summary of the week’s strategies, a look at each hero’s place in the meta, and more!

Highlights of this week’s meta

The rise of a new strategy

In last week’s article, I put up a poll asking if you thought that the meta would continue to be diverse as it had been that week, and although it was fairly evenly split, the majority of you believed that another overpowered strategy would appear. Well, it seems like you were right, as another incredibly dominant composition has risen. The strategy features double Tracer, double Soldier: 76, Symmetra and Lúcio. While it hasn’t become as dominant as the Orbital Destruction strategy, it is still the most common one teams are using. Note: The Underused Tier has been renamed to Fairly Used this week, hence the name difference.

With another dominant and somewhat inflexible strategy taking the stand in the meta, many heroes saw a decrease in pickrate this week. Not all of them were affected though, and some even saw increases in their play, flourishing despite not being a core part of the composition. Winston was one such hero, who saw a 12% increase in play as teams began to revive the double Winston strategy of many weeks ago.

While there was a popular new strategy this week, the traditional heroes of the Overwatch meta still saw large amounts of play. Heroes that have been staples since beta one like McCree and Reinhardt continue to be so, even as strategies rise and fall that do not include them. Teams value these heroes for their consistent stability and overall versatility, meaning they will continue to be played for weeks to come regardless of meta shifts. 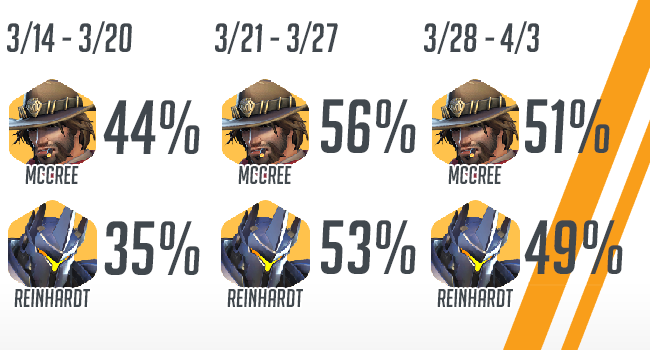 Those aren't the only big changes of this week, though. The effects of this new strategy are many and far-reaching, and this was just the surface. To see the complete summary, including the full tier list and in-depth analysis of each hero’s place in the meta, watch the full video:

Will the Symmetra nerf change the popularity of this new composition?