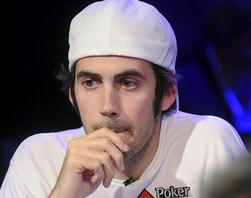 Jason Mercier is one of the successful young guns of tournament poker. His first massive win was in the 2008 EPT San Remo for over $1.3 million and followed it up with a victory in the 2008 London EPT £1 Million Showdown. He won his first WSOP bracelet in 2009 in a $1,500 PLO event to go along with his 14 cashes. Also in 2009, he finished 4th in the WSOP-Europe main event. He also won the 2010 NAPT Mohegan Sun $25k Bounty Shoutout for $475k which helped bring his live lifetime tournament winnings to over $5.2 million. He is a Team PokerStars Pro. Mercier was born in Ft. Lauderdale, Florida on November 12, 1986 and now resides in Hollywood, Florida.

Jason Mercier is one of the new generation of dominating tournament pors. He is not afraid to make bold moves and great reads in pressure situations. He lives poker, to the exclusion of almost everything else.