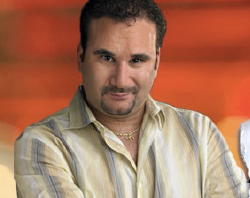 Mike Matusow is one of the fixtures in poker for both his play and volatility of behavior. He has won 3 WSOP bracelets with 29 WSOP cashes and 4 WPT final tables. Matusow won the 2005 WSOP Tournament of Champions for $1 milllion. He has over $7.4 million in live tournament winnings. Matusow wrote an autobiography entitled Check Raising the Devil in 2009. He is a member of Team Full Tilt. Matusow was born April 30th, 1968 in Los Angeles, California and currently resides in Henderson, Nevada.

Mike "The Mouth" Matusow has always had the gift of gab and speaking his mind. He enjoys trash-talking at the poker table but when focused plays some of the best poker around.


Some of Matusow's famous quotes:
One video of Matusow trapping Phil Hellmuth and one verbal battle with Shawn Sheikhan: