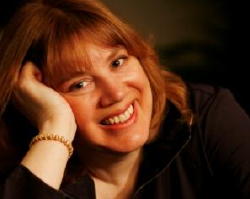 Kathy Liebert is generally considered the top all time female tournament player in the world. She won a WSOP bracelet in 2004 and has 30 WSOP cashes. She won the Party Poker Million in 2002 which was the first ever limit poker tournament with a $1 million prize. Liebert has 6 WPT final table appearances helping to bring her lifetime tournament winnings to over $5.7 million. She has won more money in open field tournaments than any other woman in poker history and is in the top 40 of all poker players. Liebert was born October 1, 1967 in Nashville, Tennessee and currently resides in Las Vegas, Nevada.

Kathy "PokerKat" Liebert hasn't had the marketing and promotional glory of some players, but she is well respected by established poker pros around the world. Due to her financial background, Liebert prefers to invest her winnings into the stock market, instead of living a lavish lifestyle. She travels the poker circuit on her goal to define her legacy as the top female poker player ever.


A video interview with Kathy Liebert describing how she came up in poker: