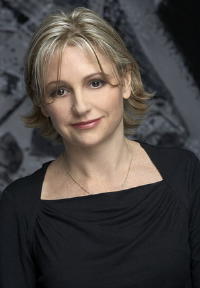 Jennifer Harman-Traniello is one of the top female poker players in the world. She is the only woman to hold two bracelets in the WSOP, along with 24 in the money finishes and over $2.2 million in career tournament earnings. Harman is the only woman who is a regular player in the "Big Game" in Vegas. She was part of "The Corporation", the group of high stakes players that eventually won millions from Texas Billionaire Andy Beal. Harman is a member of Team Full Tilt. Harman was born November 29, 1964 in Reno, Nevada where she was remained for her entire childhood.

Harman is generally regarded as the top woman cash game player in the world. For years she has regularly played in the $4k/$8k "Big Game" in Bobby's Room at the Bellagio against the likes of Doyle Brunson, Gus Hansen, Phil Ivey and Antonio Esfaniari.