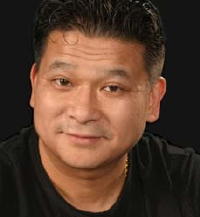 Johnny Chan is famous for being the last player to win two WSOP Main Events in a row, in 1987 and 1988. He has won 10 bracelets in all, tied for second with Doyle Brunson, with 43 in the money finishes and 27 final tables. Chan was immortalized in the movie Rounders, which showed his final confrontation with Eric Seidel. His total live tournament winning exceed $8.5 million. Chan was born in Guangzhou, China in 1957. He lives in Las Vegas, Nevada with his family.

Johnny "The Orient Express" Chan is a legend in the poker world. He has utilized his poker fame to attempt a lot of other business ventures to varying success. He has used his Chinese background and connections to help grow the Asian poker market, especially in Macau to significant success.