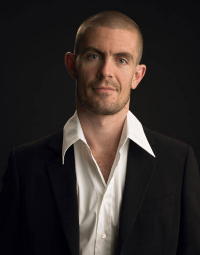 Gustav "Gus" Hansen is one of the most popular poker players in the world. He has won 3 WPT titles, 1 WSOPE bracelet, the Aussie Millions main event and he has over $8 million in live tournament winnings. Hansen is an original Team Full Tilt member. His 2008 book Every Hand Revealed is a detailed account of many of the hands he played en route to his 2007 Aussie Millions win. He was born February 13, 1974 outside Copenhagen, Denmark.

Gus Hansen pioneered the loose, aggressive and unpredictable style when poker exploded on TV in the U.S. in 2004-2005. Unfortunately for Hansen, his loose and aggressive style has struggled to find consistent success playing online. He has lost millions playing online at Full Tilt over the years.

Always a streaky player, 2010 has been a particularly streaky year for Hansen. He began the year racing off to $2.33 million win in January only to lose over $5 million over the course of the year until September when he hit his low of losses at $3.68 million. Since then, Hansen been on an incredibly hot streak where he has won back $2.5 million very consistently and is close to going under $1 million in losses with one month to go in 2010.

One thing is sure when Gus "The Great Dane" Hansen is in your game, you will always find action.