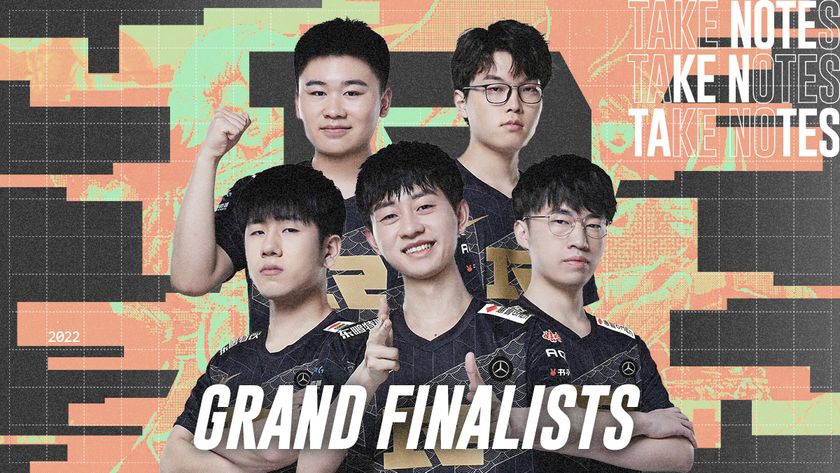 The LPL champions sent the LCS representatives packing in a clean sweep.

In a best-of-five series that many thought Evil Geniuses would've been able to at least take a game off, Royal Never Give Up ensured that became impossible as they took out EG 3-0 to head to the grand finals of the Mid-Season Invitational 2022. While the first game did appear to look rather effortless from RNG, games two and three had a much different journey with EG pushing the reigning champions to the absolute limit.

Having already won MSI twice, RNG is now looking to make it three titles and be the first organisation in the world to do so. The team have been in dominant form as of late, taking out almost anyone in their path with clinical precision. Game one was the perfect example.

RNG was ruthless from start to finish, giving away only one kill, which came at the expense of jungler Yan "Wei" Yang-Wei. But aside from that, the multi-LPL Split champions managed to rack up 22 kills. However, it was Chen "GALA" Wei who was the star of the match, gaining nine kills on his Kai'Sa.

Game two did see EG start on the front foot, taking the game to RNG in the early game. Both teams were keen to skirmish, trading kills from the get-go. As the game wore on, nothing was separating the two teams as they would constantly trade blow for blow.

EG did have the slight edge after being able to take out four from RNG during a crucial Baron attempt. Sadly, EG's overconfidence was their downfall as a series of poor judgments gave RNG the opening they needed to catch the LCS team off-guard and end the game.

With RNG now on match point, they decided to stick with four-fifths of the same line-up with Gangplank, Wukong, Lissandra, and Xayah. The only difference was replacing Rakan with Braum. As for EG, they stuck with three-fifths of the line-up from the second game by keeping Ornn, Viego, and Ahri. But when game three began, RNG proved why its line-up was crucial in their previous victory.

RNG took a strong lead in the early game and only built their momentum from there. They kept EG at arm's length for the majority of the match, limiting them to just three kills to 11 by 20 minutes. But it was only a matter of time before EG burst into life in a Baron steal just minutes later while wiping out four of RNG with Kyle "Danny" Samaki getting a triple kill. From then on, it was an even match between both sides.

The LPL side constantly stuck as five soon after, pushing and gaining objectives at a quick pace while looking to fight EG at any point. Try as they might though, EG wasn't backing down and made sure to bring the fight to RNG. Sadly, they just didn't have enough fuel in the tank as another misjudged call to contest the drake ended up putting EG in a bad spot and lost three, leaving their base exposed and for the taking.

But even that wasn't enough with Joseph "Jojopyun" Pyun keeping the base alive almost single-handedly. Even at a number's advantage, RNG still had to back out after losing two core champions. After a good reset and claiming another Baron, RNG managed to catch two of EG out of position, killing them quickly before slowly picking apart the rest of the team and finally taking the base for good.

With that win, RNG has a guaranteed top-two finish at MSI 2022 with the hope of winning a third. They will have to wait until tomorrow to see who their opponent will be between T1 and G2 Esports, two organisations that have a storied history with one another.

Who will meet RNG in the grand finals?