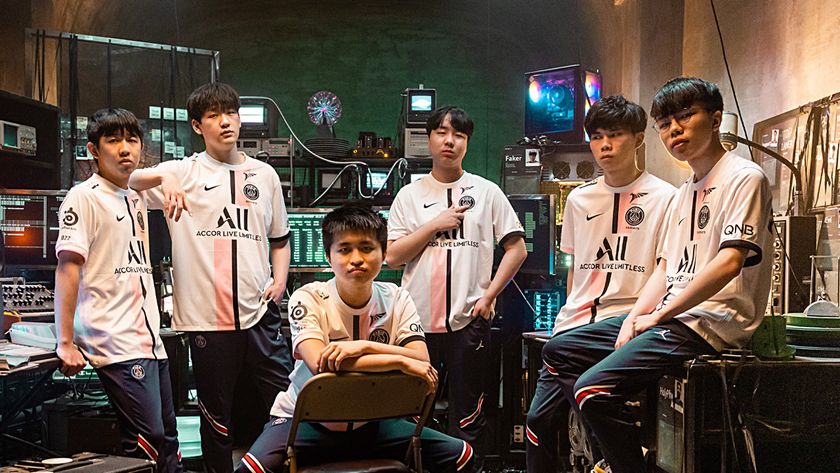 RNG and PSG ended MSI 2022 Day 4 by dominating the competition in Group B.

The fourth day of MSI 2022 is all about the teams in Group B: PSG Talon, RED Canids, Istanbul Wildcats and Royal Never Give Up. After a series of matches big and small, PSG and RNG ended up on top. RNG now leads Group B with a remarkable 3-0 while PSG comes in second at 3-2. Royal Never Give Up recently had to repeat their matches due to ping disparity, but that hasn’t stopped them from putting up a great performance today. Instanbul Wildcats, unfortunately, will not go on to the Rumble stage. Strap in for our recap of day 4!

First up: RED Canids versus PSG Talon. This was a relatively slow match to start, with both teams setting themselves up with enough coin and buffs for a very competitive lategame. Even 15 minutes in, both teams had an even amount of gold with 3-1 kills in PSG’s favour. Definitely a slow burn of a match. Good use of placement and well-timed abilities eventually gave this win to PSG, however.

Second match of the day: RNG versus Wildcats. This was RNG’s first game after what must have been an out-of-left-field reveal that all of their previous matches would have to be repeated. The team came into this match with a string of wins under its belt now negated completely, but credit to these players for not letting that fact get to them. By the ten-minute mark, RNG was already making big moves with big scrappy teamfights and eight more kills than Wildcats, with a 3K lead in gold.

Wildcats played well here, but it simply couldn’t get enough kills to level the playing field. RNG was constantly escaping the team’s clutches despite having its Legends’ health cut to ribbons. RNG made good use of the terrain, had control of the game almost midway through and continued to make great plays all the way to the end. Latency disparity or no, this is a team that knows what it’s doing. RNG wins a 23-minute game.

Next up, we have Wildcats going against PSG. Wildcats had to immediately hop into this match right after suffering a loss, while PSG had a nice break coming in after a victory. Even 12 minutes in, this match could’ve gone to either party - it was that evenly split. Only a few hundred in gold kept PSG in the lead - but both teams had an even three kills and zero turrets downed. It felt like both teams were waiting for that one big play or one big teamfight, that would really tilt things either way.

An intense match all around. Skirmishes went down with narrow escapes and slamdunk kills, and PSG continued with a slight lead despite Wildcats coming out on top of a few fights here and there. At around the 17-minute mark, Wildcats took that lead back with a big 5v5 fight that saw Farfetch pulling PSG in to give his team a three-kill lead. Wildcats rolled into its first dragon of the game right after a big teamfight. At this point, PSG had some catching up to do. At the 23-minute mark, this was shaping up to be the longest game of the day. PSG managed to get the Baron with Wildcats jumping in too late to push them off.

At the 27-minute mark, PSG took that momentum into Wildcats’ base but backed off to take down more turrets around the map. At this point, PSG had finally turned the game back around with a 5K gold lead on Wildcats, partly thanks to its nifty Hexgates. The team dominated yet another teamfight against Wildcats and rolled into its base. An intense match, but PSG picks up another well-deserved win.

Next, we saw RED take on RNG. RNG seems like the favourite of Group B so far, but RED held their own for the first half of this match. The game paused for a bit around the 10-minute mark with RNG on a slight lead. We didn’t get a reason for this pause immediately, but the pause didn’t seem to shake either team up much. At the 16-minute mark, RNG had some momentum on their side with a lead of 7k gold and seven more kills. The team took that lead, ran with it, and won the game - and got a Pentakill from GALA, while at it!

And the day rolls onward with RED battling it out with Wildcats! This match started in a pretty entertaining way, with Farfetch and Jojo emoting at each other from a safe distance. You love to see it. The match unfolded at a rather slow pace afterwards, with both teams choosing to time their attacks for later on when they might be better prepared. RED came off a loss here, but performed pretty well here in spite of that - shaking off the loss and using good tactics to pick up a 3k gold lead and two kills 10 minutes in.

By the 14-minute mark, RED had nine kills to Wildcats’ zero and an 8k gold lead. Some matches, we see the other team shake up a widening gap like this and reclaim a match halfway through, but Wildcats simply didn’t have it in them today. By the 15-minute mark, we know who was coming out of this on top. RED takes the win and unfortunately, that means Wildcats are out of the Rumble Stage at 1-4. Good show.

Final match of the day! RNG takes on PSG in a game to close out today’s flurry of Group B matches. RNG has thus far taken nothing but wins today, which means that it has technically stood undefeated for five games straight - even if the first three no longer count. Three minutes in, RNG had already scored first blood. Not an unexpected outcome, considering how this team favours making aggressive, scrappy plays over the safer more cautious route we’ve seen other teams take in the early game.

PSG evened things out early, giving RNG the first dragon but successfully keeping the team from touching its turrets for quite a while. PSG wasn’t taking any risks, retreating from potential teamfights before they could escalate out of control. RNG is a team that has historically done their best in the midgame, if not the early game with lots of cleanup happening in the late game. This time, PSG was holding its own. At the 16-minute mark, the team had a slight lead in both gold and leads over RNG.

If you had to watch one game from today, make it this one. This was a highly competitive match filled with skilled plays, lots of sneaky kills and great teamfights from two teams who had a clear idea of what needed doing on the map and when. PSG was leading in kills by the 28-minute mark, but RNG led in gold and had more towers downed. A huge teamfight at the 30-minute mark saw RNG rip PSG apart, and take that momentum right into the latter team’s base. RNG made it all the way to the Nexus, but PSG pushed them all the way back. PSG had still lost its Inhibitors, and RNG was set up for another big push.

And another push was all it took. RNG picked up their third win that counts, and sixth win in MSI 2022 overall. An undefeated team.

And there you have it, Day 4 ends with RNG leading. It should be noted that RNG has yet to complete its replacement matches, so there’s still time for even more wins (and losses) on their end in the Group stage. We won’t fully know how things shake out until May 15 because of this, but there’s plenty to look forward to until then.

Did Istanbul Wildcats put up a good performance this year?