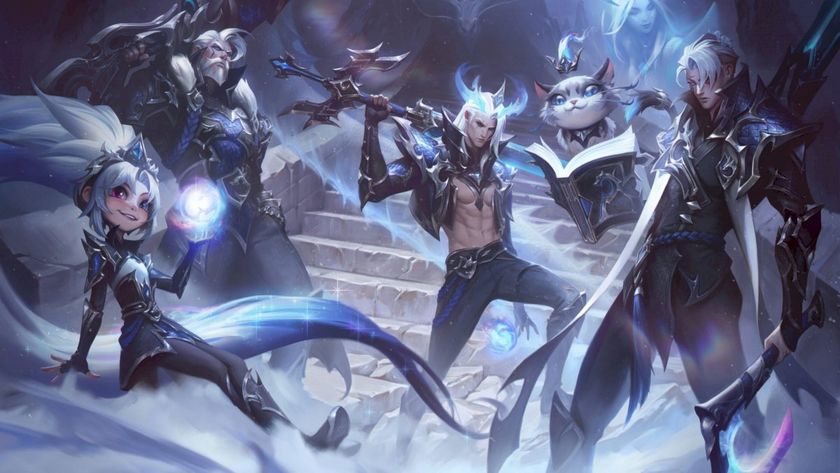 These skins are a vibe.

We finally get the official look at the League of Legends World Championship skins for EDward Gaming after the artwork was leaked on Twitter a few days ago. Riot Games has released the official preview of what the new Worlds skins for EDG will look like in-game. Much like what Riot did for DWG.KIA last season as well as every champion before them, these champion skins are a special collaboration between the devs and EDG where the players will get to have a say on what they would like different with their champion recall animation.

The champions in question are Graves for top laner Li "Flandre" Xuan-Jun, Viego for the resident jungler Zhao "Jiejie" Li-Jie, Zoe for the mid-laner Lee "Scout" Ye-chan, Aphelios for the AD carry Park "Viper" Do-hyeon, and lastly Yuumi for the support player Tian "Meiko" Ye. You can check out the official look for them below as well as their animations:

Each champion features a colour palette of blue and silver, giving it a sleek and stylish look while still being somewhat dark and ominous. Each skin will also have a unique recall animation that involves the Summoner's Cup. A chroma edition of EDG's Worlds 2021 Champions skins has also been revealed on a Weibo post. The chroma skins come in black and red, a nod to the team's Worlds 2021 jerseys.

While there has been no official release date on EDG's world champion skins, expect it to drop within the next few weeks, probably right before or maybe during the Mid-Season Invitational.

What do you think of EDward Gaming's world champion skins?