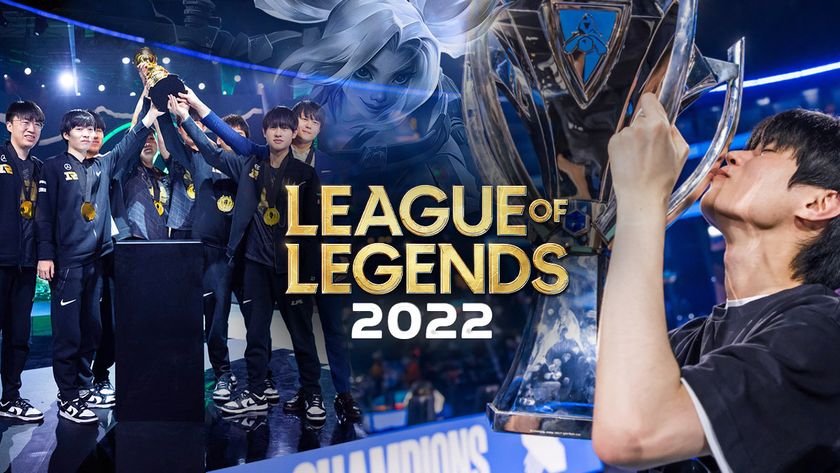 We take a look at what went down in the League of Legends 2022 season.

Arguably one of the biggest esports titles to date, the League of Legends 2022 season has been one to remember for the ages. From drawing the biggest crowd during the World Championship to exceeding its ever-growing player base, whether it be casual or professional. Riot Games has done well when it came to putting League of Legends on the world map and 2022 was one of its biggest years ever.

And things are looking to shape up with Riot expecting to introduce some significant changes to League of Legends for the 2023 season. But with no official word yet from the developers, take a look back at some of the biggest talking points of last season.

Against all the odds and adversities, DRX's dream run at the League of Legends World Championship 2022 will go down as one of the best victories in the tournament's history. No team that started in the Play-In Stage has ever gotten to lift the Summoner's Cup with DRX being the first to set the bar. What makes the victory all the more spectacular was the odds that were stacked against DRX.

They didn't have a terrific regular season, finishing fifth and sixth respectively in the LCK Spring and Summer splits. DRX very nearly didn't make it to Worlds at all after a nail-biting five-game series against SANDBOX Gaming, which gave them the second and final slot in the LCK Regional Finals to head to Worlds. But from the first day of the Play-In Stage in New Mexico, DRX had looked like a completely different team.

Not only did they go 5-0 in Group B (which featured three-time MSI champions, Royal Never Give Up - more on them later!) and qualified directly to the group stage, they even managed to top their respective group to make it to the playoffs. DRX's fairytale run was the stuff fans would be talking about for years, taking out reigning champions EDward Gaming, the LCK's most consistent team in Gen.G Esports, as well as going toe-to-toe with three-time world champions, T1.

While DRX has since gone through various roster changes that saw the winning squad go their separate ways, the team will be starting the 2023 season as one of the favourites in the LCK after its emphatic victory at Worlds. With its championship-winning roster going through the motions during the off-season, Cho "BeryL" Geon-hee remains to be the only core member of the team that lifted the Summoner's Cup.

Royal Never Give Up has been one of the standout teams in the LPL for quite some time now, claiming five LPL titles as well as being the only team to win the Mid-Season Invitational three times. Their first came in 2018 alongside both the LPL Spring and Summer split titles as well as Rift Rivals and the Demacia Cup. They then became the first team to win back-to-back MSI championships after successfully defending their crown while in isolation, taking out T1 in a thrilling 3-2 grand finals series.

With T1 being the only three-time world champion, RNG can also be considered the only three-time MSI champion. While it isn't as prestigious as the Summoner's Cup, winning MSI on three different occasions surely sets a precedent that you are one of the best teams when it comes to an international LAN tournament. Sadly, their record at Worlds still leaves something to be desired.

In their six appearances at Worlds, RNG's highest placement came in 2017 when they lost to T1 in the semifinals. Four other appearances at the world championship saw RNG get eliminated in the quarterfinals of the playoffs. Worlds 2019 was the team's worst performance on the international stage to date, failing to make it past the group stage.

Covid-19 was one of the world's most devastating modern-day viruses that crippled the world as a whole and esports was no exception. With LAN tournaments out of the question for the foreseeable future, it also meant that travel was very much restricted in many parts of the world. Vietnam was one such country that was badly hit by the coronavirus, so much so that the Vietnam Championship Series (VCS) could not participate at both MSI and Worlds for two years straight because of it.

But after two ardent years, the VCS made its long-awaited return to Riot's premier tournaments in MSI and Worlds. It was Saigon Buffalo that represented its nation at this year's MSI as the country's first seed, GAM Esports opted to represent its land at last year's SEA Games. Saigon Buffalo managed to finish MSI in sixth place for the second time.

As for GAM, despite not attending MSI, still managed to win the VCS Summer Split, representing its country at the world championship for the third time. Unfortunately, GAM could not break their curse at Worlds as they got eliminated in the group stage yet again. While there is still some way to go for GAM and the rest of the VCS, their comeback victory against Top Esports at Worlds 2022 was worth the team's weight in gold.

With both China and South Korea thriving in the regional and international scene, the same cannot be said for the Western world. The likes of NA and EU fielding all-star teams only to bow out in the early stages of both MSI and Worlds has had a detrimental effect on how well the LCS and LEC can perform when it matters most. The last time a western team won an international LAN was G2 Esports back in 2019.

Sadly, those days are long gone as neither region has ever come close to lifting an international trophy since then. At this year's Worlds, Rogue was the only team from the western region that made it to the playoffs and lost to JD Gaming in three straight games. Even then, they placed a lot higher than any other LEC team with Fnatic finishing in 9th/10th place alongside Top Esports. G2 was another disappointment for the EU, failing to make it past the group stage for the third time in the org's history. This comes after they managed to place in the top four for three consecutive years, which includes a second-place finish at Worlds 2019.

But it was MAD Lions who bit the dust first, losing to a North American team who also happened to be making its debut appearance at Worlds. For a team that finished in the first round of the playoffs at Worlds 2021, it was an overall poor showing from MAD after what was a brilliant year previously.

As for NA, it was yet another year of disappointments with poor finishings from most of the teams. While 100 Thieves failed to qualify for the playoffs for the third time, it was also Evil Geniuses' first-ever appearance at Worlds after making it through both the Play-In Stage rounds; an overall great season for EG after everything they've been through. And for all the talent Cloud9 had, this was their third time failing to make it past the group stage of Worlds.

Riot introduced five new champions into its ever-growing roster with the likes of Zeri, Renata Glasc, Bel'Veth, Nilah, and K'Sante. While all five varied in success due to the date of their release, Zeri ranks the highest in most times picked with 1,158 games across all regions for the 2022 season. The Spark of Zaun has gone through plenty of changes over the year, constantly being nerfed and buffed in various patches last season. Renata Glasc was the second-most-picked champion with 975 with the Chem-Baroness receiving a few buffs to further her niche pick quality in certain team compositions.

Unfortunately from there, the likes of Bel'Veth, Nilah, and K'Sante come in at really low numbers. Both Bel'Veth and Nilah combined for less than 150 games played across the board while K'Sante made zero appearances. Of course, all that could change next season once they get buffed in the new patches for the 2023 season.

Teh “GravityWillFall” Wi-Liam
A failed pro-am gamer turned into a filthy casual with an unhealthy obsession for keyboards and sneakers.
Share Tweet