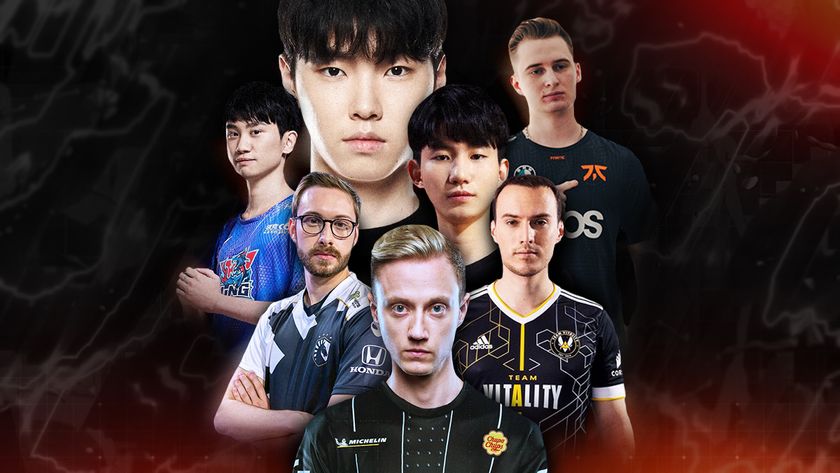 These are just some of the biggest player transfers that could make an impact on the 2022 LoL competitive season.

We're treated to an exciting player transfer market period every off-season in competitive League of Legends with many big-name players making moves all around. This year has been no different with plenty of drama surrounding certain player moves, team lineup changes, and such.

For the recent off-season transfer window, we saw plenty of interesting acquisitions and trades happening around the league, which will only make for a more exciting 2022 season to come. Here are some of the player transfers that we think deserve to be talked about a bit more.

The free agency of Martin "Rekkles" Larsson was one of the biggest transfer window talking points of 2021 with the Swede swapping the LEC for the LFL. Now with Karmine Corp, Rekkles left G2 Esports after a disappointing season, which saw the team miss out on Worlds 2021 after coming in third and fourth in the spring and summer split respectively.

Rekkles has long been seen as one of the LEC's best-ever AD carries to ever grace the stage and Karmine will benefit from his wealth of experience and leadership. While the LFL isn't part of the premier list of tournaments, it will be interesting to see how Rekkles fairs in a new environment. His loss will surely be felt in the LEC as they bid farewell to one of the region's best carries.

While Lee "Aria" Ga-eul isn't a household name, he sure has made headlines after his stellar performances at the World Championship with Detonation FocusMe. The Japanese squad took the LJL as well as the rest of the world by storm, making it past the play-in stage and onto the main event. While they didn't make it out of the group stage, DFM set the bar high for themselves and the rest of the LJL in the future as this was the furthest any team from the region has gone.

Now with KT Rolster, Aria has a chance to prove himself in a considerably tougher league. The LCK is one of, if not, the most competitive leagues in the LoL regular season with many top teams. While KT Rolster has had a mediocre past few years, hopefully, Aria's presence alongside a new lineup will give them a better chance of qualifying for Worlds once again. KT has not been on the international stage since 2018 after a string of bad performances over the years.

Bjergsen (from TSM to Team Liquid)

After eight years and six regional LCS titles, Søren "Bjergsen" Bjerg is finally leaving TSM. The highly-acclaimed mid-laner has been a staple of TSM's LCS dominance over the past few years, particular from 2014 to 2017. Unfortunately, they did miss out on Worlds after that period of dominance before their last-ever showing in 2020. With Bjergsen trying his hand at coaching last season, it certainly didn't pan out well for the squad as they ended the season in third and fourth respectively for the regional splits.

With Team Liquid, he will be bringing along a wealth of experience as well as leadership. The org is also coming off of a decent showing at Worlds 2021 but unfortunately, just missed out on making it to the playoffs. Liquid has done well during the off-season, bringing in talent from the LEC to ensure that they can fight on all fronts in the new season. With no team having the clear dominant advantage in the LCS, it could be Liquid's time to truly shine.

Perkz (from Cloud9 to Team Vitality)

After just a year in the LCS, Luka "Perkz" Perković will be making the move back to the LEC. However, it won't be with G2 Esports as Perkz will be part of the Team Vitality super squad that was assembled during the off-season. Having played in the LEC previously for five years, Perkz has won the regional split tiles on eight separate occasions with G2. They also won the Mid-Season Invitational back in 2018 alongside two top-four finishes at Worlds for the next two years after.

While his season with C9 wasn't disastrous, the team just couldn't get it together. Although they did win the LCS Spring Split title last year, it still wasn't enough to propel the team to even greater heights. Now back in his home soil, Perkz will be hoping to lead Vitality to the promised land with a brand new roster that has potential, on paper of course.

Humanoid (from MAD Lions to Fnatic)

MAD Lions were one of the LEC's shining stars last season after they were able to claim both the spring and split titles with ease. At the centre of it, all was Marek "Humanoid" Brázda, who was the team's crown jewel in their road to the world championship. What made the journey even sweeter was the fact that MAD were essentially an unknown team back in 2020 and now, they're one of the top dogs in the LEC.

However, with Humanoid now leaving for Fnatic, it does raise the standards of the British esports organisation. Fnatic is one of the oldest orgs in the business, being the first Worlds winner during its inception. While the team has had some rough showings over the past few years, the inclusion of Humanoid alongside Razork and Wunder, it wouldn't be all that surprising to see the boys in orange come out on top once again.

China is known for its insanely wide talent pool of players, especially in the middle lane but one of its top players isn't even from the region. Hailing from South Korea, TaeSang "Doinb" Kim is the only player to receive an LPL residency, which will undoubtedly ensure that he stays in China for the foreseeable future. He was one of FunPlus Phoenix's best players who led the team to their first Summoner's Cup. Unfortunately, the last two years haven't been great for FPX and change was necessary for both the organisation and the players.

LNG Esports were one of the more promising teams at Worlds 2021 last year, topping their group in the play-in stage as well but could not make it past the main event group stage. Being one of the most experienced players on the team, Doinb will be expected to lead the new team of players to go even further at Worlds this year as he looks to add another Summoner's Cup to his resume.

Another mid-laner in the Asian region will be making the switch to a different team but in the LCK this time. Jeong "Chovy" Ji-hoon has been Hanwha Life Esports' star player ever since he joined the squad. Being one of the world's best mid-laners, Chovy almost singlehandedly brought Hanwha Life to the quarterfinals of the playoffs at Worlds 2021, much like what he did with DRX and Griffin in the past two years. This proves that he is capable of carrying a team to at least the first round of the playoffs.

Gen.G Esports will be counting the lucky stars that they managed to snag Chovy. He will be pairing up with his former DRX teammate and toplaner, Choi "Doran" Hyeon-joon. Gen.G performed admirably at Worlds 2021, making it to the semifinals for the first time in the team's short history. Gen.G is slowly, but surely, inching its way to the upper echelons of the LCK.

With the LPL now in full swing and the LCK and LEC starting this week, it'll be exciting to see which team actually comes out on top for this season. The offseason saw plenty of changes being made to several rosters across all regions, which will make for some amazing series when the likes of MSI and Worlds rolls around once again.

Was the off-season what you expected?