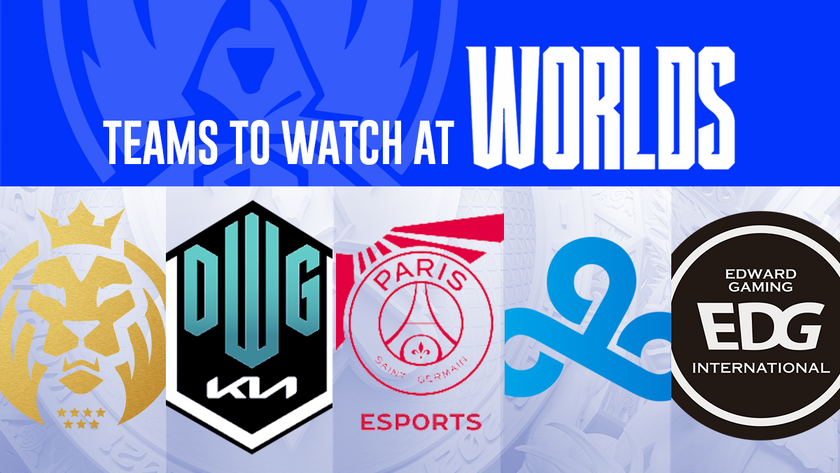 With Worlds 2021 just around the corner, we take a gander at all the teams to focus on in the upcoming international LAN.

We are less than three weeks away from League of Legend's biggest tournament of the year, the LoL World Championship. Being the biggest stage of them all for Riot Games, Worlds is where champions are forged through sheer determination, skill, and a little bit of luck sometimes. This year's Worlds hopes to be no different, even if the global pandemic has made things slightly more infuriating. The loss of the VCS contingent will be a big blow for the community, a bright spark in the otherwise underwhelming Southeast Asian region.

Expected to begin on October 5 with the Play-In Stage and run its course until November 6 for the grand finals, Worlds 2021 is stacked to the brim with top-tier teams all vying for a spot on the last day. Of the 22 teams in the competition, four teams are returning champions. These four teams include last year's winners

T1 , as well as the first-ever Worlds winner,

Aside from that, there are also plenty of up-and-coming teams that are looking to take home the coveted Summoner's Cup. That includes the likes of LEC titans

Royal Never Give Up , as well as the LPL's most consistent team,

EDward Gaming . With plenty of top teams to pick from, who will have the best shot heading into Worlds? With the groupings for the upcoming tournament yet to be decided, our guess is as good as yours on who will take home the gold.

With that said, here is who we think are the teams to look out for in Iceland.

When it comes down to who has the best chance of taking the Summoner's Cup, DWG.KIA is one such team that should be on the list. The Worlds 2020 winners have been in fine form this whole season, rarely ever putting a foot wrong in their pursuit of a second Worlds title. While they just missed out of the MSI 2021 title thanks to RNG, they did claim both the LCK Spring and Summer Split titles in spectacular fashion, showing just how formidable they are in a hyper-competitive region such as South Korea. Of course, being one of the best teams in the tournament does paint a target on your back. Many will be aiming to knock them out of the competition early as DWG.KIA on the main stage are a terrifying opponent. With great synergy, communication, as well as skill, we expect nothing less from DWG.KIA aside from a top-two finish.

While many are doubting how far teams from the LEC will go, not many are willing to bet against MAD Lions, especially after the year they've had. With only a year's worth of experience in the LEC, not many would've predicted MAD Lions to live up to the underdog status and surpass it. After an underwhelming 2020 season, the team came into the 2021 campaign with a new lease in life. They first claimed the LEC Spring title, giving them the chance to go to the MSI 2021 and finished in the semifinals. But they didn't stop there though; they started out their LEC Summer season exceedingly well, finishing in the top three of the group stages and once again showing their prowess in the playoffs. MAD Lions have always looked strong during the playoffs, which is what will give them an edge in the competition.

Southeast Asian teams have never fared well at Worlds, let alone actually winning the whole thing. Only one such team has had such an honour, which is Taipei Assassins way back in the Season 2 World Championship in 2012. However, PSG Talon looks set to end SEA's back streak at Worlds. The Hong Kong-based squad has been the region's top performer for the whole of 2021, claiming the top spot in both the Spring and Summer Split. They even got to go to MSI 2021, where they ended up in a respectable third/fourth-place finish alongside MAD Lions. While SEA as a whole hasn't been great for League of Legends, PSG Talon is looking to turn that around with their impressive performances. While not many will see the team going far into the tournament, don't be so quick to rule them out just yet as we are predicting that they will get at the very least a top four finish.

Arguably one of the most decorated teams in China, EDward Gaming is definitely one to look out for. Having attended Worlds for five straight years, it all came crashing down for them in the past few years as they struggled to replicate their form of the past. They have also gone through countless player swaps over the past couple of years, which could also be attributed to their poor performances. However, 2021 is the year that we saw a different EDG. While their third-place finish was commendable in the LPL Spring Split, it was their Summer showing that really got people talking once more. Even after losing their first playoff match, the team showed great resilience and climbed their way back to the grand finals and take the W. It will be interesting to see just how well EDG will perform seeing as this will be their first major international LAN tournament in years. We're expecting at least a top-eight finish for their troubles.

For all the memes and jokes about 'Clown9', there is no disputing that they are one of the most underrated teams at the moment. Having finished third in the LCS Championship, C9 wil be plying their trade in the Play-In Stage, which means they will have more matches to play than their NA counterparts. While that may be the case, we can see C9 actually making their way through and into the group stages and probably the playoffs as well. The team has been in some fine form of late, winning the LCS Spring title and then a fifth-place finish at MSI. While there is still a lot left to be desired of C9, they've managed to overcome adversity before and they can very well do it once more. Their lower bracket run during the recent LCS Championship highlights just that as they made it all the way to the lower bracket finals, only to freeze at the very end. This is something the team should focus on, being able to stay focused and stick to their game plan instead of adapting on the fly. While many may say their MSI run was a fluke, we think otherwise and that C9 could actually finish in the top eight at the very least.

What are your thoughts on the teams to look out for?

[UPDATED] Here is everything you need to know about Worlds 2021