Interview with MadLife, the Support of the South Korean powerhouse CJ Entus Frost

If you like to play as Support and are a fan of hooks, this interview was made especially for you. Today we publish a special interview with Hong "MadLife" Min-gi, the Support of CJ Entus Frost, who is considered as one of the best in the position and the best Thresh player of the world.

Check the interview in Korean translated by Passenger Jang 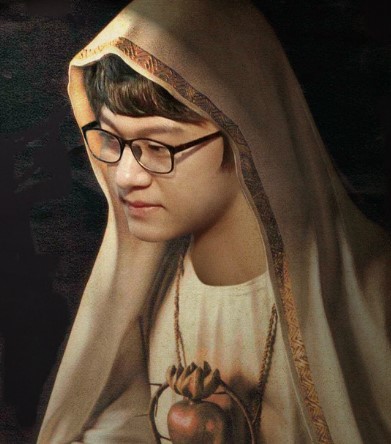 First of all i would like to thank you for the opportunity to have this interview. Could you make a short presentation, talking a little about your career as a gamer and what you like to do when you aren’t playing?

CJ Frost MadLife: Hello. I'm Hong MinGi "MadLife", support for CJ Frost. I am 23 years old and it has been nearly 3 years as a professional gamer for me.

Thanks to the great plays that you have been making in the last few years, the gaming community consider you as the best support in the world. It’s well known that the South Korean players train a lot, but do you have some kind of special training to make your mechanics better? If you do, could you tell us a little about you and your team training routine? How do you handle so much fame and fan interaction?

CJ Frost MadLife: Thanks for your words. Firstly, in the case of mechanics I meet many progamers when I play solo rank games. I had the experience of playing against amazing players many times which helped me improve my play. It would be the same for my teammates, we do practice hard every day for more than half of the hours in a day. It is always an important thing for me to interact with my fans, I always try to communicate with them. After all, this scene would not be possible to take part in if it weren’t for the fans.

As someone hailing from Brazil, we  are still learning how to become professional in esports. As a “tip”, could you tell us how things are done in Korea and how the relationship is between organizations (players) with other teams and the specialized media?

CJ Frost MadLife: First of all, players enjoy the environment to practice systematically. We train under a head coach and regular coach, and play in OnGameNet. if there is the domestic league, players can practice professionally. We give and take good things with and from media relatives.

With the help of large private companies and the support of the local government, the South Korean competitive LoL scene has grown a lot since its creation. What do you guys, the players,  think about this? Do you reckon there are still things that need to be improved? If so, what would you suggest?

CJ Frost MadLife: Yes, currently the Korean LoL scene is enormously developed with massive help from large companies. The government, fans and all who are working in E-Sports scene are responsible for its success. So I think LoL Progamers can perform at their full ability without limitation. As a player, there is already a great foundation for the scene to thrive upon.  I don’t really know what I’d improve.

Recently CJ Frost made a very important change in its formation. With the addition of Swift and CoCo, players with a very different playstyle compared to Ganked by Mom and Helios. Does your team expect them to play with their own comfortable playstyle, or are you hoping to mold them into a playstyle that fits your team?

CJ Frost MadLife: Personally, I hope it’s a 50:50 blend. I think it is wise that CoCo and Swift should learn solid things from our team’s playstyle, and yet also  give us the knowledge that they’ve learned from Xenics storm and implement it into a new playstyle. 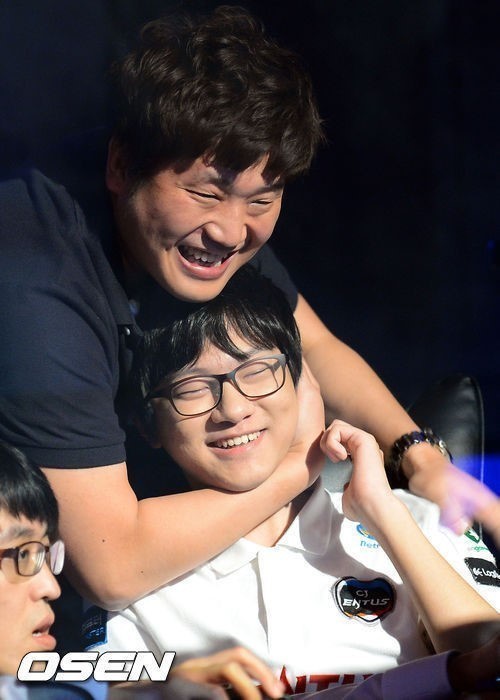 Still talking about your team in general, here in Brazil we usually ask our interviewee to make a brief message about his team’s playstyle and about his teammates. Could you tell us a bit about the main characteristics of your teammates of CJ Entus Frost, and of course, yours too? Is there something that sets your team apart in the way you play?

CJ Frost MadLife: Hmm.. describing my team in one word a piece...
Shy - Robustness(Good at Split Push), Swift - Flubber(I don't know what he will do[where he will go]), CoCo - cool-headed (no expression even in ordinary life), Space - Optimistic hot-tempered (He is usually calm, but changed into a “combative” person without noticing)

With the “Masters” league as well as OGN going on, how will your team tackle both?  Has anything changed in terms of preparation compared to the previous season when there were less games?

CJ Frost MadLife:  We consider both events important, we do our best for every game. I personally prefer it now where we have more actual matches and less preparation time.

Last year, in Dota2, we saw two strong European teams making a tour in Asia with the objective of preparing for TI3.  A while ago, this already happened in LoL, when some teams played OGN. Do you think if the main NA/EU teams do this, would the competition between regions be more even and the Korean reign would come to an end?

CJ Frost MadLife: Basically, I think the level of Korean league is much higher. If they play in the Korean events, of course it will be more helpful to them.

Thanks to streams it’s possible, today, to watch almost any championship known to the world. Did you ever watch a game between Brazilian teams? If you did, what did you think? What about other regions?

CJ Frost MadLife: I don't watch any games from overseas.  I only watch games from Korean leagues to study for our future opponents. The exception to this is if I have to prepare for a team in international competition.

Before Season 4, you were often able to carry your team despite not having much gold to work with, and most of THAT gold going to wards and oracles.  Now, supports can have a lot more combat stats and make a bigger influence in teamfights.  Do you think this change allowed other supports to catch up to you or was that for other reasons?  Also, what must you do differently to carry as support in this patch as opposed to before with ward limitations and no oracles?

CJ Frost MadLife: I had never considered myself far above others, so "catch up" is an odd term to use. Anyway recently we can see many Progamer supports who are carrying games because they have mad enormous efforts.

Now, it is different to Season 3, the most important thing for supports are the basic fundamentals.

Players have gotten better at numerous things, such as: skill shots, reading the map, intricate understanding of champions, etc.... and obviously helping teammates, These are all qualities that help a support carry, and it’s not necessarily the gold.

To finish, i would like to thank you a lot for the opportunity of interviewing you and leave this space for you to make your final statements and shoutouts.

CJ Frost MadLife: First of all, thank you for this interview and thanks to the Head Coach, Coach and Team Staff who always support Frost and Blaze. Also thanks to the fans who keep cheering for us whether we win or lose. I’m very happy if this interview has helped you even slightly.