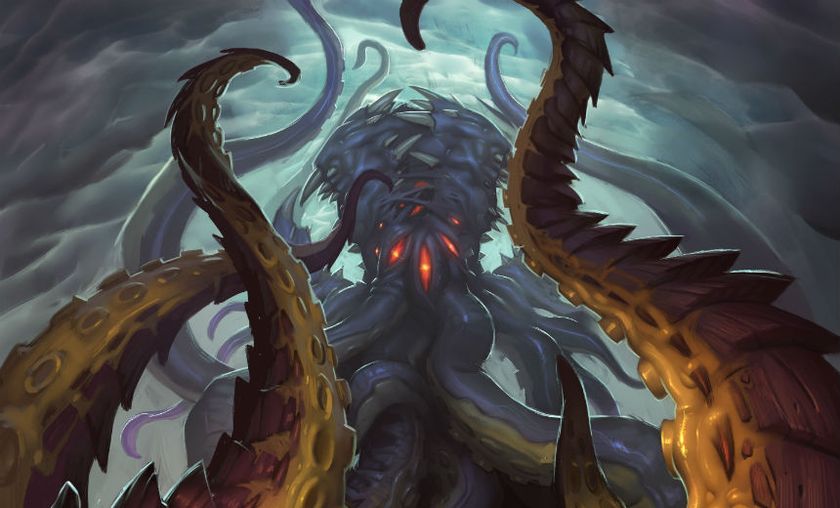 The new way to play Rogue?

Throughout Hearthstone, Rogue decks have been known to be extremely versatile and complex in the way they are played and the potential power they possess. Recently this power has been challenged by a respective nerf to the infamous [card]Blade Flurry[/card], which Rogue players depended on for maintenance of control in these decks. The Old Gods expansion has added many new cards to the class and lots of these show great synergy with deathrattle. Adding on to this we have seen some play with cards like Unearthed Raptor previously, and combining these together with the new legendary old god N’Zoth there is a lot of potential for this power to be unleashed.

The playstyle of this deck is fairly straight forward, and simply makes advantage of effective trading and playing out your mana curve as efficiently as possible. You can rely on Rogue’s early game spells like [card]Backstab[/card] and [card]Eviscerate[/card] to help create board advantage and destroy enemy minions. This in combination with some of the low drop minions like [card]SI:7 Agent[/card] and [card]Bloodmage Thalnos[/card] will help maintain this advantage in the early game. The rest of the minions included in this deck like [card]Undercity Huckster[/card], [card]Unearthed Raptor[/card] and Xaril, Poisoned Mind will all create effective trades when considering their deathrattle effects and will help develop the board and create more N’Zoth targets for your late game. Although these minions are relatively weak in stats, there is enough of them to win by attrition against some opponents, and for others your win condition will more likely be in relation to N’Zoth. By playing N’Zoth on turn 10 you will almost certainly fill your board and this will create a huge tempo swing which can often be too difficult for opponents to deal with, even in these late stages of the game. It is important to acknowledge [card]Shadowcaster[/card], as this will offer huge potential if activated on the old god itself, and will provide an extra 1/1 copy of N’Zoth that can be played for 1 mana crystal to instantly replenish your board and offer even more difficulty for your opponent.

Overall the deck is very strong, although relies in drawing N'Zoth in the late game which may result in becoming overwhelmed by the opponent if they have stronger late game. However, the rest of the deck offers a large amount of strength, and I feel personally that this deck is a really nice addition to the Rogue's arsenal.

Do you think that N'Zoth Rogue is strong?