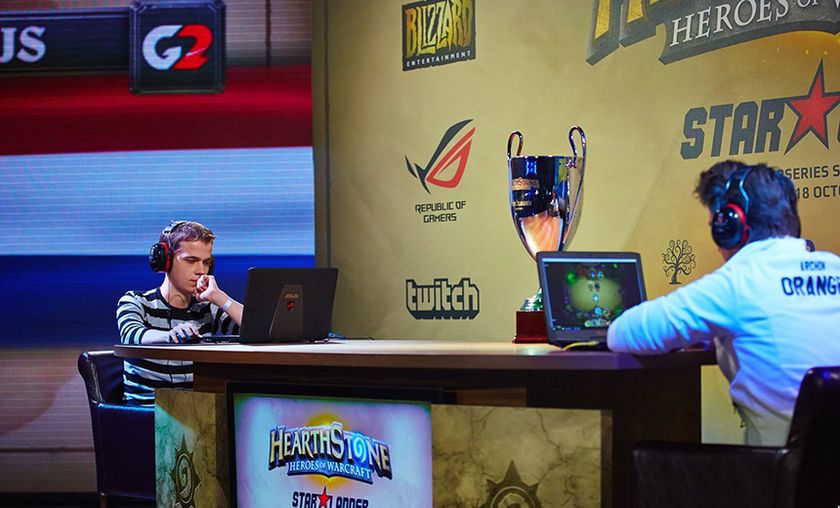 Thijs “ThijsNL” Molendijk is the first Hearthstone player to go beyond 1,400 points.

Sunday, October 18th, marked a historic day for the GosuRankings as one player went where no one else has been. After a fantastic performance at StarLadder Season 1 which ended with a silver medal, ThijsNL of Gamers2 briefly crossed the 1,400 GosuRankings points barrier, setting a new highest peak in rankings’ history at 1,424.

This has been a record long in the making. The Dutchman looked close to invincible during the HWC European regionals where he set up his previous record at 1,359 and was counted among the favorites to bring home the gold from StarLadder’s inaugural LAN tournament for Hearthstone. Despite eventually losing the finals to Luminosity’s Stanislav Cifka – which dropped him to “only” 1,397 at the end of the tournament and his current rating – ThijsNL nonetheless managed to make history. With BlizzCon finals less than a month away, the Gamers2 front-liner also has a real shot at climbing even higher and challenging the 1,500 milestone.

Not having the best weekend at StarLadder and falling down to #9, the collapse of Aleksandr “Kolento” Malsh left Ryan “Purple” Root as the current runner-up in the rankings. The playing coach for GamersOrigin has his trophy from HWC Americas Championship to vouch for his top form and is labeled by many to be the region’s strongest player at the World Championship. Catching up to the GosuRankings leader will be extremely difficult, however, as Thijs’ lead is about 160 points at press time.

Despite missing a lot of the major international tournaments, Xieyu “TiddlerCelestial” Wang kept himself in the top 3, edging out James “Firebat” Kostesich with just 5 points. The high placement of Team Celestial’s captain comes from his long history of placing well in major tournaments, being one of the three people to have won more than $100,000 playing Hearthstone and being the second highest peaking player in GosuRankings after ThijsNL with a score of 1,317 right after his victory at DreamHack Summer. 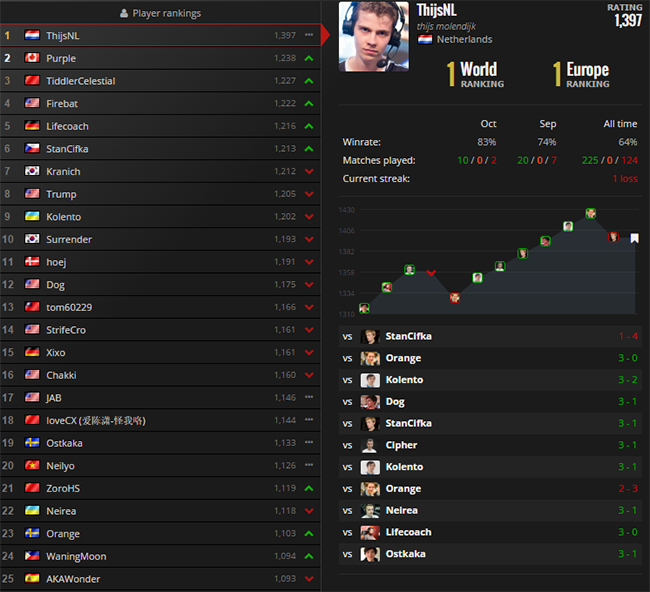 How long before somebody catches up to Thijs?