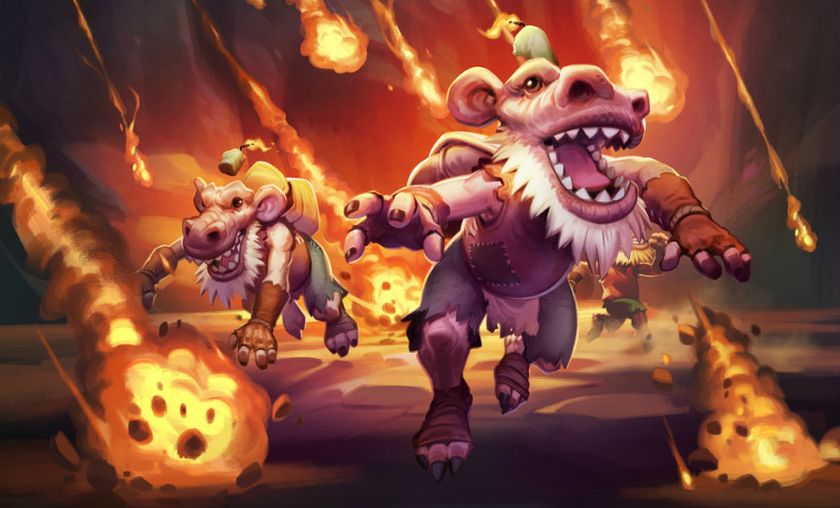 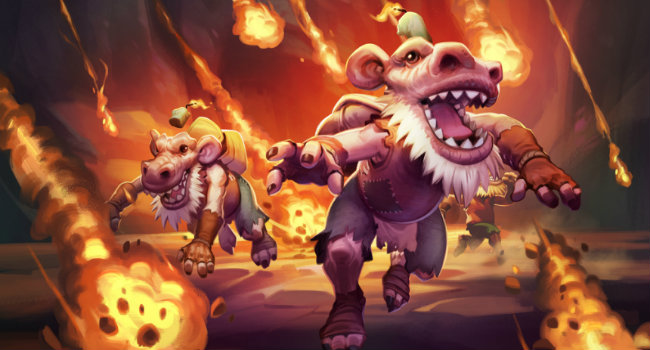 With the latest Hearthstone set well into its 3rd week, it's time to look back at my own predictions and see how well I did.

Kobolds and Catacombs has been out for a little over two weeks now. The new meta game has started to take shape, which means it’s the perfect time to look back at my top 10 and laugh at how badly I did at predicting it.

Ixlid, Fungal Lord: MISS
Coming out of the gates with a pretty poor start. I have yet to see this card played anywhere, not even in my own ladder matches. Ixlid’s problem is that druid decks haven’t really changed with the new set, and he doesn’t fit into either aggro or jade decks. In my defence, I did pick this card because it was cool rather than because it was good.

Emerald Spellstone: HIT
Well, kind of. Unless your Pavel, Master Troll, hunter hasn’t been putting up particularly great results. The spells deck seems to be a meme, but the spellstone itself is legitimate. It might not have a great home right now, but being able to make 12 power and toughness for five mana is no joke. Despite hunter not doing so great, I still consider this one a hit because the card itself has been doing some work, it just lacks support.

Arcane Artificer: HIT
This one needs a bit of qualification. Secret Mage showed up big at Seatstory Cup - a deck which has no use for the little elemental. Several players did play big spells, however, and the artificer is an integral part of that deck’s game plan. Mage has a lot of viable decks right now and, for the time being at least, Arcane Artificer is an important part of some of those.

Level up: MISS
Once again, a card suffers for lack of support. While this effect is undeniably strong, there just isn’t a home for it in standard. Paladin decks just don’t look like the token deck in wild, and the likelihood of having recruits incidentally lying around is not very high. I still like this card in wild, but in standard it is a big miss.

Psychic Scream: HIT
Though not quite as ubiquitous as I expected, Scream did a lot of work during Seatstory Cup. It slips easily into Big Priest and many pros put it into their Raza/Anduin decks too. The only priest deck this card doesn’t belong in is Dragon Priest, but I think that is probably only the 3rd best deck available to the class. Priest is arguably the best class in the game right now, or at least tied with Warlock, so expect a lot of screaming in your ladder games.

Kingsbane: MISS
I’ve played more than enough games against Fatigue Rogue (one - one was enough, he said, bitterly) to know how powerful this weapon is, but the pros (rightly) opted to play tempo rogue instead. Keleseth is still absurd, and when you combine it with Corridor Creeper, the memes make themselves. A single Shadowstep gives you access to a five-mana 7/7 and that’s if somehow nothing dies. Kingsbane is good, but Keleseth and Creeper are better.

Unstable Evolution: HIT
Like Emerald Spellstone, this is only a hit because it is one of the best cards in its deck. The deck itself isn’t great - Shaman has one of the lowest ladder win rates right now - but this card often plays a big part in the games it does win. Bonus point to me for correctly predicting the Radiant Elemental/Sorcerer’s Apprentice interaction appearing in a highlight reel immediately.

Voidlord: HIT
If you’re not playing warlock yourself, you probably already hate this card. One of these is hard enough to beat, but warlocks are often making six of them in a game. Good luck getting through 108 health of taunts. This card is absurd and the easiest “hit” I’ve had since I started doing these review reviews. You know, one set ago...

Reckless Flurry: MISS
While I still think this card is very strong, I really can’t give it a hit. I have played exactly one game against warrior in two weeks, and that was a pirate. Likewise, only one player brought warrior to Seatstory and that too was Pirate Warrior. Warrior is not in a good spot right now, so, by default, neither is Reckless Flurry.

Corrosive Sludge: MISS
On the one hand, I feel like this was a reasonable dark horse selection, given the introduction of legendary weapons to every class. I had sound logic for picking Sludge and I don’t feel too bad about it. On the other hand, though, how did I not pick Corridor Creeper?! Yes, it’s kind of boring, but Hearthstone devolved into a game of “who has the biggest ball of stats” a while ago, and the big pink worm wriggles right into that game plan. It fits so easily into every kind of deck because it just gets better via the act of Hearthstone taking place. Nothing special has to happen: minions die in every game, leaving you with a zero-mana 5/5. People are already talking about the card getting nerfed, and I’m not surprised.

Wrapping up
On the surface, five hits out of 10 is exactly average. A couple of my misses can easily turn into hits in the coming months, so I’m pretty pleased with my predictions. I’m confident that Reckless Flurry will show up if someone figures out a control warrior deck, but I am not so confident in that happening. Similarly, Kingsbane isn’t a huge miss. It definitely does a lot of work in the decks it’s played in, it’s just that those decks are quite gimmicky and not as strong as Keleseth Rogue. I’m glad this one was a miss, though, because mill rogue is one of the most miserable decks ever.

A couple of my hits are pretty tenuous as well, though. Emerald spellstone is the best card in a pretty mediocre deck, while Unstable Evolution is a good card in a bad deck. There was plenty of wriggle room here and plenty of cards that flew under people’s radar, my own included (hi again, Corridor Creeer).

Is Kobolds shaping out the way you expected?

Zechs Files: The Cost of Hearthstone is Too Damn High

10 New Cards From Koblds and Catacombs