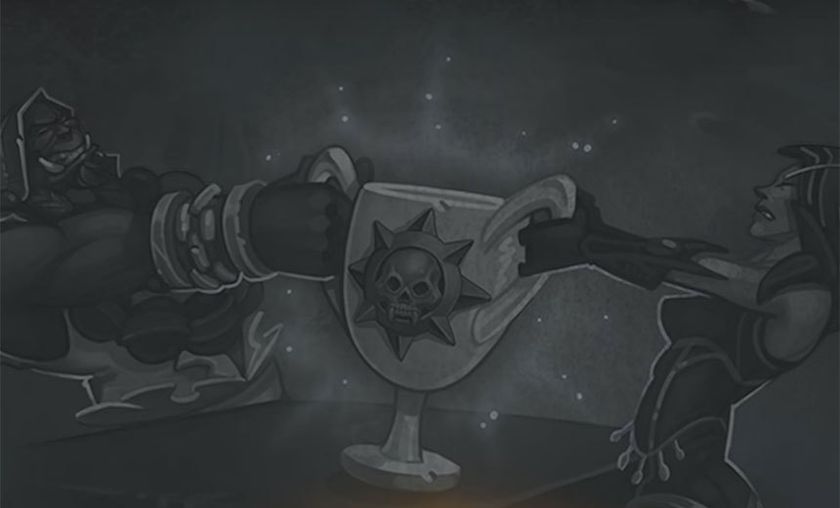 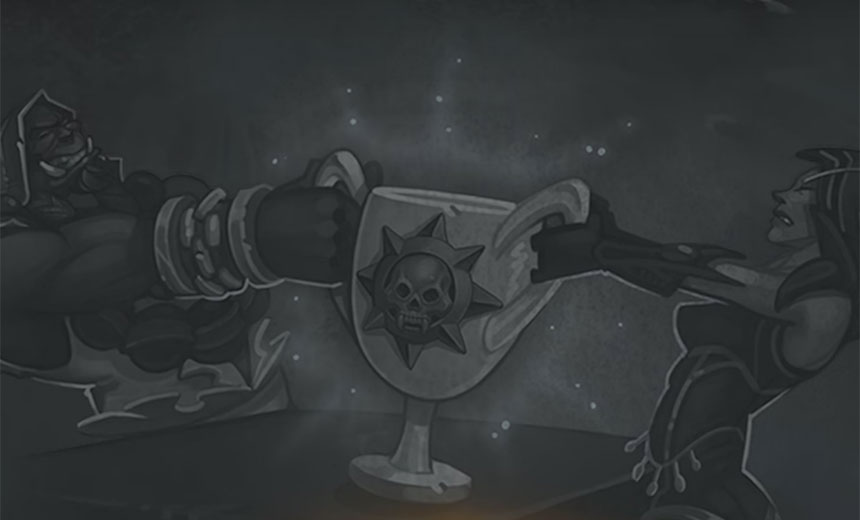 I’ll be frank: I was never a fan of the Tavern Brawl experience.

That could be me feeling salty about the feature being pushed live at the expense of tournament mode, something I feel Hearthstone needed way more, especially given just how many people have an interest in being competitive compared to that same drive in other esports. Hearthstone needed a mode to accommodate, consolidate and elevate the tournament scene from the grassroots up, so new ThijsNL’s and Amnesiac’s could be discovered, and to come close to it only to not have it in the end is wounding.

But I get it. Hearthstone is 99 per cent made up of casual players, perhaps even more. Tavern Brawl had to cater to the much larger population, which was probably getting bored being pummeled by opponents with much bigger collection in Play mode or never getting good at Arena, like yours truly. Tavern Brawl gave them an escape, a magical land where you can play with cards you’ve even never thought of crafting. Where you can play as a dragon against a legendary demon lord. Where you can get creative with hilarious two-card combos, and experiment which was brilliant in and of itself, I will admit.

The Tavern Brawls are the sandbox testing grounds of Team 5.

Trying to see the positives nonetheless, I looked at Tavern Brawl from a different perspective. In an older episode of my podcast “The Innervated” I spoke about how this mode, free of any limitations, could be the sandbox testing ground of Team 5. How every idea, no matter how crazy, could be “tavern brawled” without being dismissed or ridiculed by the community, because the shackles-off atmosphere of the brawl made for the safest of spaces. The limited time-frame of one week would also breathe an air of boldness into the usually conservative Blizzard dev team, because no matter how badly you screw up, it’s all wiped clean the next Wednesday. It could become the breeding pool of hope; hope that someday fans might get that one particular feature or another that they’ve been begging for. This is how “Unite against Mechazod” made us believe some day there will be a real co-op mode.

This is how the Heroic Brawl now brings promises of that tournament mode Hearthstone never got, but to think this is a dream come true for Hearthstone players would be a mistake.

Granted, there are aspects of it to be excited about. Even with its limited availability of one week, it’s still a brand new challenge. It’s merely an amalgam of Ladder and Arena, but it’s an amalgam the high-end population of Hearthstone in terms of skill (or Twitch viewership) will greatly enjoy. The rewards, while confirmed to be top-win heavy by Ben Brode himself, are beyond lavish, with 50 packs, three golden legendaries and bucketloads of dust and gold awarded to those who reach the 12-win heaven.

Then again, think about that for a second: How many types of players will Heroic Brawl really cater to? The very best, who are expected to consistently go to 12 wins, already have all the gold, dust and cards they need. Even I as a mid-level player don’t have the instant urge to go into Heroic Brawl, because the stakes are high – too high, even – and I already have more or less all the cards I need to play the competitive decks on ladder, and I’ve achieved that without investing outrageous amount of cash. I don’t imagine I’m the only one in the very same situation.

How many types of players will Heroic Brawl really cater to?

Heroic Brawl should also be un-appealing to the folks who are smartly hoarding for the next expansion, whose announcement is bound to come November 4 on the opening day of Blizzcon. Since it will be a pack expansion, requiring quite the investment to get the competitive set of cards from it, this should be the content to spend funds and gold on, and not a ten-dollar Hearthstone roulette.

Finally, low and entry level players will face a Catch-22 scenario where they don’t have the cards to build decks to net them 12 wins so they can get the packs and cards to build strong decks to net them 12 wins and they’ll be back grinding the much cheaper arena or disenchanting their way to a singular top tier deck. Thus, the only population that will really benefit from Heroic Brawl are Hearthstone’s biggest streamers, whose fans will loyally tune in to see what Druid deck they’ll use to achieve an 85 per cent or higher win-rate, or do the same exercise with Priest on a dare. The rich will get richer and the silly will get poor right before Blizzcon, or as one Redditor put it somewhat hilariously:

Is it world-shattering, heaven-sweet and overall amazing? Clearly not.

Heroic Brawl isn't in any way a proxy of tournament mode.

If we’re to be serious and have a real talk for a moment, however, it's an intriguing initiative by Blizzard at the very least. Heroic Brawl is not a real tournament mode but it isn’t designed to be an opulent diversion or in any way a proxy of the actual feature in demand either. It's a cool little experiment we're getting. No one in Blizzard is living with the illusion that the development of tournament mode can end with “you’re getting this instead”. Heroic Brawl might not make sense investment-wise, or be designed for a large part of the population but for one week it will be the thing to watch. The 50 pack dream is the single biggest in-game reward Hearthstone has ever offered. ?he challenge alone will be worth it and if the breakdown below is the real deal, a 6-3 record to break even isn't that ridiculous. 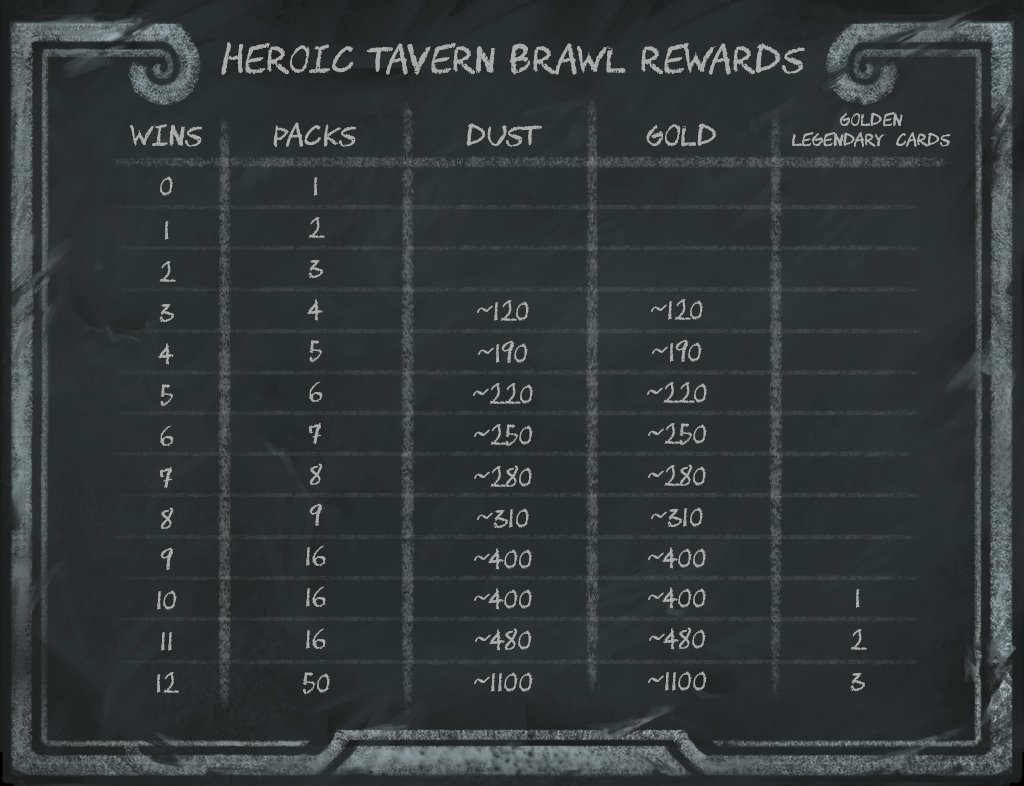 To complain about something that isn’t really shoved down anyone’s throat is silly, especially when it’s not taking away or replacing anything of value for more than a short time. Remember, the latter is the Brawls’ biggest asset. For all the complaints from irritated vocal minorities the announcement is already getting, it will still be gone in a week, leaving the fond memories of those few heroic runs that achieved the ultimate goal.

Could Heroic Brawl have been done better? Perhaps. The announcement really wasn't presented in the most appealing way and the wave of negativity is understandable to some extent. Is it a total waste of time and money? I don't believe so. We've had The Grand Tournament already.

Will you try Heroic Brawl?