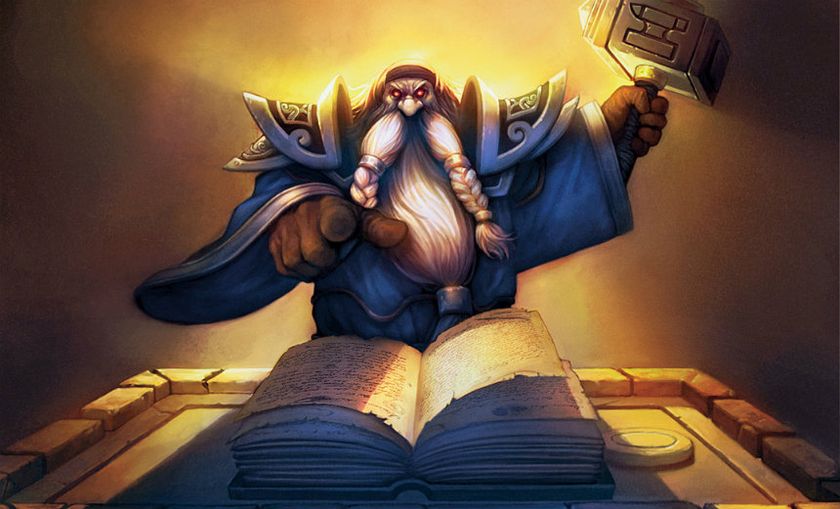 Two weeks ago, when I wrote about the status quo of Hearthstone I came up with the following quote:

“
Consistency can be a lot of things… so far for Hearthstone it seems the only thing that is consistent is that whatever changes do arrive come about a month or two later than they probably should have.”

Now two weeks later I stand corrected. Not because the change didn't arrive a month too late mind you. This timing is indeed utterly impactful for the players preparing for the HWCS.

Instead I stand corrected because there is another element of consistency in the way Blizzard implements balance changes in Hearthstone lately. They overdo it. Reducing [card]Warsong Commander[/card]'s effect to giving +1 attack to each charge minion while maintaining its same stats is laughable. It is essentially a worse [card]Raid Leader[/card] with +1 health.

Let it be said that this is an area where Blizzard is in line with other CCGs. You want the changes that are implemented to be sufficient and if there comes a need for a return visit then you have essentially missed the mark. Since [card]Warsong Commander[/card] was already nerfed in the beta it makes sense that they would make sure this card would not be an issue again. And boy … mission accomplished. Patron is dead and buried and Warriors are left with another pathetic class card.

But this is an area where I wish Hearthstone would be different. With a less strict approach to balance changes it could allow cards to still be relevant post-nerf and should a card become part of a degenerate combo later on it could be approached from a different angle and changed in a way that is relevant for its time. A less strict approach would also mean that such a change would come much faster.

Instead Blizzard has essentially killed Warsong Commander for good. And unlike [card]Starving Buzzard[/card] there is no [card]Webspinner[/card] or [card]Ram Wrangler[/card] to occasionally summon it for old times sake. I also said that a card banlist wouldn't make an awful lot of sense in a digital card game, but I feel like I would almost like such a system more. Letting a card be locked away from the competitive ladder, available only in a special unlimited mode would make for more purpose than reducing it to a mere shell which its current nerf is looking to.

And thus I would like to discuss some of the balance options Blizzard could have taken that would've been less severe for the card [card]Warsong Commander[/card] while still helping with Patron.

Combo warrior has been a recurring issue since the beta where Panda Giant and Alexstrasza/Charge combos caused havoc on the ladder. Though these combos were mutually exclusive and had no overlap in the cards they used, they still used mostly the same cards for drawing into their combo as well as holding off the opponent until it could be pulled off.

In these times Blizzard let the combo receive the blunt end of the nerfbat while mostly leaving the cards that allowed those combos to work untouched.

When it comes down to it, there is nothing impressive in what Patron was doing. With 8-9 cards of your choice and a Thaurissan discount there are very few classes that can't pull off a win combo. What is impressive about patron is that it is capable of actually pulling this off consistently. All of this originates from the draw and minion destruction elements of the patron deck, the deck engine so to speak.

[card]Battle Rage[/card] remains one of the most potent and arguably imbalanced drawing cards in the game. The fact that its low outcomes, that with just one damaged minion and damage on yourself, it still comes out as a better [card]Arcane Intellect[/card] should have sounded the alarm a while ago. Likewise, [card]Execute[/card] comes off as one of the most powerful removal spells in the game with a condition so insignificant for its mana cost it is almost laughable.

The strength of a combo deck always lies in the sum of its parts and what they are capable of together. As such any nerf to any part of the deck can be regarded as sufficient provided it gets the job done. But [card]Warsong Commander[/card] was a card that to me had reached its zenith and could never be used with higher potency than what was already the case. Battle Rage and Execute however remain perfectly capable of causing a new and potentially more degenerate combo deck in the future.

Strong draw power and minion destruction is like life in a CCG. It will find a way. Which is why I fear we may need to return to them in time and would probably have preferred to see them handled this time. 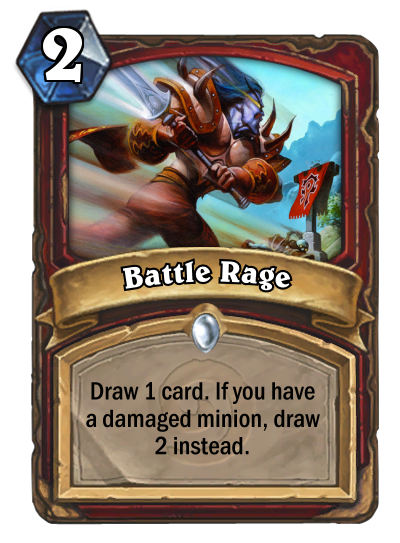 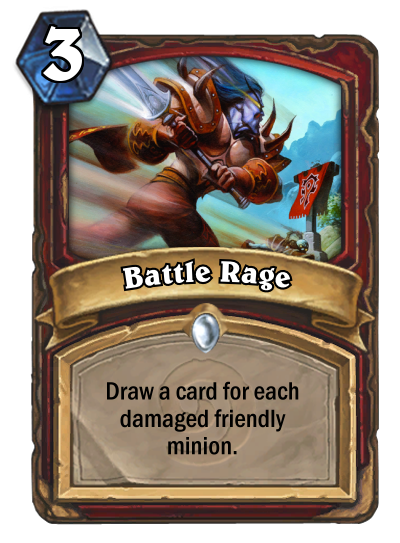 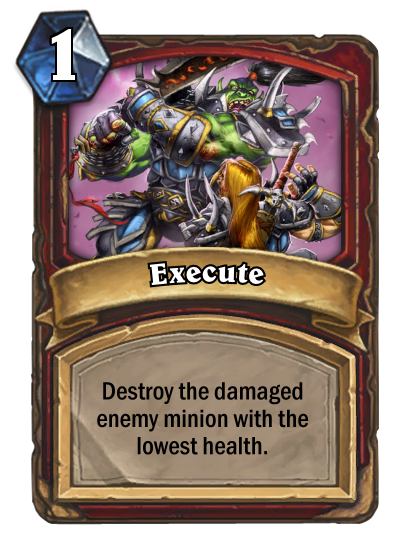 This is basically one of the most common balancing tools available. An effect can trigger, but for the sake of balance it cannot be allowed to trigger more than once each turn. In Hearthstone these measures have been basically untouched throughout the history of the game. The only time this has kind of been done was with [card]Pint-Sized Summoner[/card] whose effect for obvious reasons cannot be used multiple times per turn.

This does seem like a wasted opportunity since Commander's problems mostly originate from what it was capable of doing on one single turn. Limiting that potential could still have it be a potent threat that needs to be dealt with while restricting its endless one-turn combo potential that was the issue with the giants and patrons. 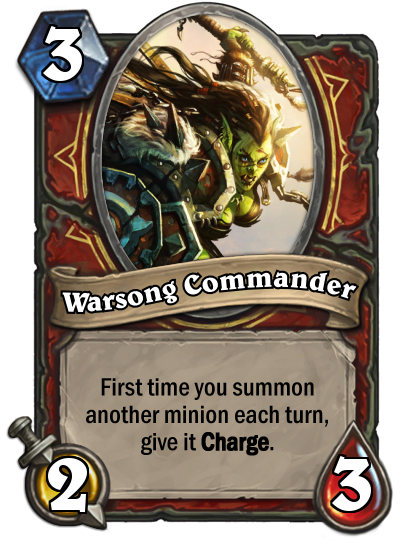 Finally I want to talk about a different solution that tackles the issue seen in Patron but also some of the issues we have seen on other cards. That is minions with triggered effects.

This is taking a page out of Yu-Gi-Oh as Konami has basically spent a decade on balancing for the long term. One of the early things Konami did right with Yu-Gi-Oh (among the many, MANY things they did wrong) was understanding the potency of triggered effects and they came up with a restriction very early on. On each Yu-Gi-Oh card with a triggered effect there is an added plural "(s)" to the condition when relevant. Example: Cyber Summon Blaster is a relentlessly outdated card but simple enough for our example. As can be seen it deals 300 damage (about 1 damage in Hearthstone) to the opponent whenever you summon a machine-type monster(s).

Now the (s) part means that when dealing with effects and other conditions that would summon multiple machine-type monsters at once you still only get one trigger of Cyber Summon Blaster. So even when playing a card like Machine Duplication you would still only deal 300 damage.

This is relevant for Hearthstone because a lot of the balance problems of the past and some of the potential ones in the future come from triggered effects that are a little bit too trigger-happy. A lot of these issues could be helped if the same standard for triggered effects from Yu-Gi-Oh was applied to Hearhstone

Such a change could have, for example, very well saved [card]Starving Buzzard[/card]. Under this rule it would only draw one card from the multisummon effects like [card]Unleash the Hounds[/card], [card]Savannah Highmane[/card]'s deathrattle or [card]Snake Trap[/card]. Allowing Beast Hunter to remain a thing but without needlessly punishing your opponent for playing minions.

[card]Knife Juggler[/card] is another card that currently receives a lot of hate for being one of the most aggressive 2-drops in the game. Its effect was strong even at Hearthstone's launch and with the addition of various early multisummon cards like [card]Haunted Creeper[/card] and [card]Muster for Battle[/card] it has become a stable in any aggressive deck. This change however could impact the Juggler just where it matters without leaving it useless by say only making it count minions you play or reducing its stats to 2/2.

And finally for patron, such a change would hit [card]Frothing Berserker[/card] … HARD! Each and every one of the Warrior's whirlwind effects would suddenly only add one attack to the Berserker regardless of the number of minions present. The 80 damage combos seen in the past would be reduced to somewhere between 12-16 damage which given the massive setup required should be more than balanceable. Especially because the board state of the opponent would no longer be a relevant factor for the combo thus allowing them to go more all-out against the patrons.

Now this change would set up a brand new ruling standard and the wording is a little convoluted, which is probably what will kill any chance of this actually happening. But given the vast number of problem areas in Hearthstone such a change would help with, I felt like it needed to be mentioned. 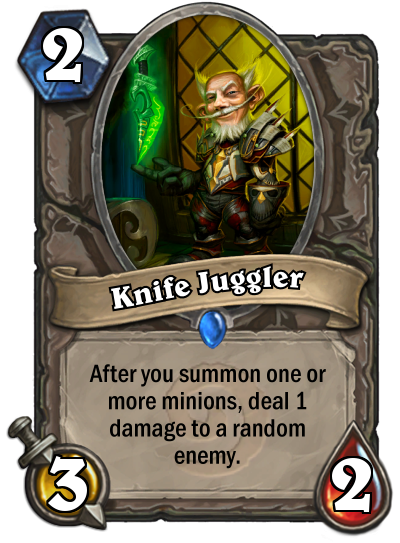 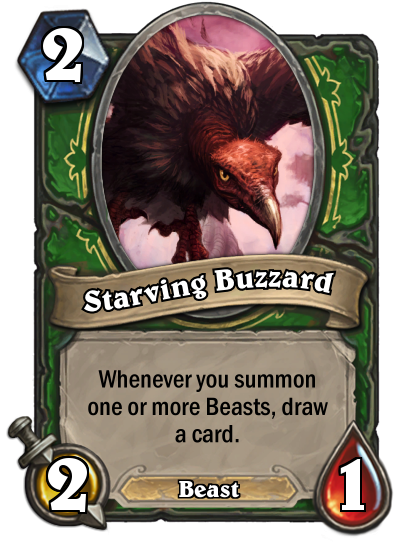 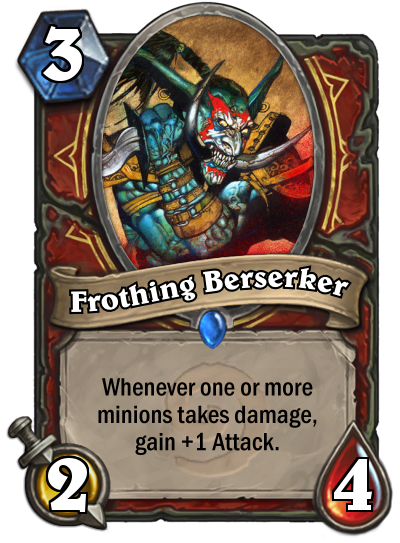 Overall I think most people can agree that this change is overkill and the very least Blizzard could have done is leave Warriors with a class card that would be at least somewhat acceptable for new players and arena.

Will Battle Rage and Execute continue to cause problems in future Warrior decks?