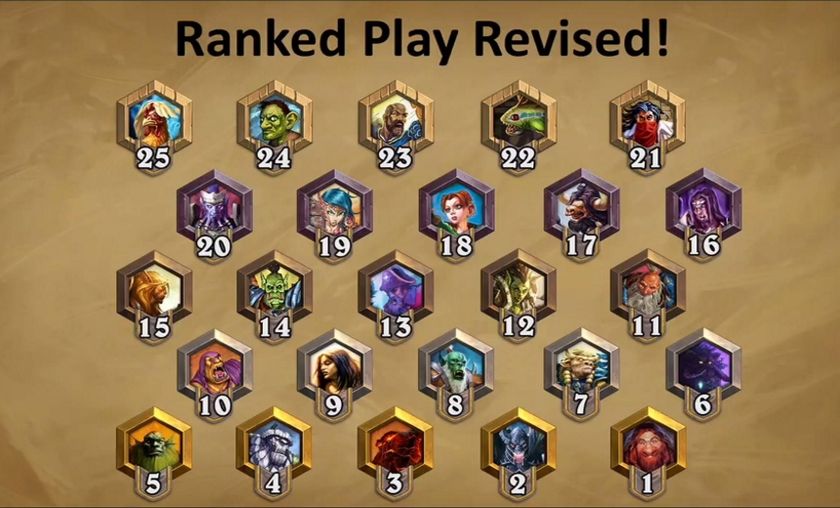 Why Hearthstone's ranked ladder is unrewarding 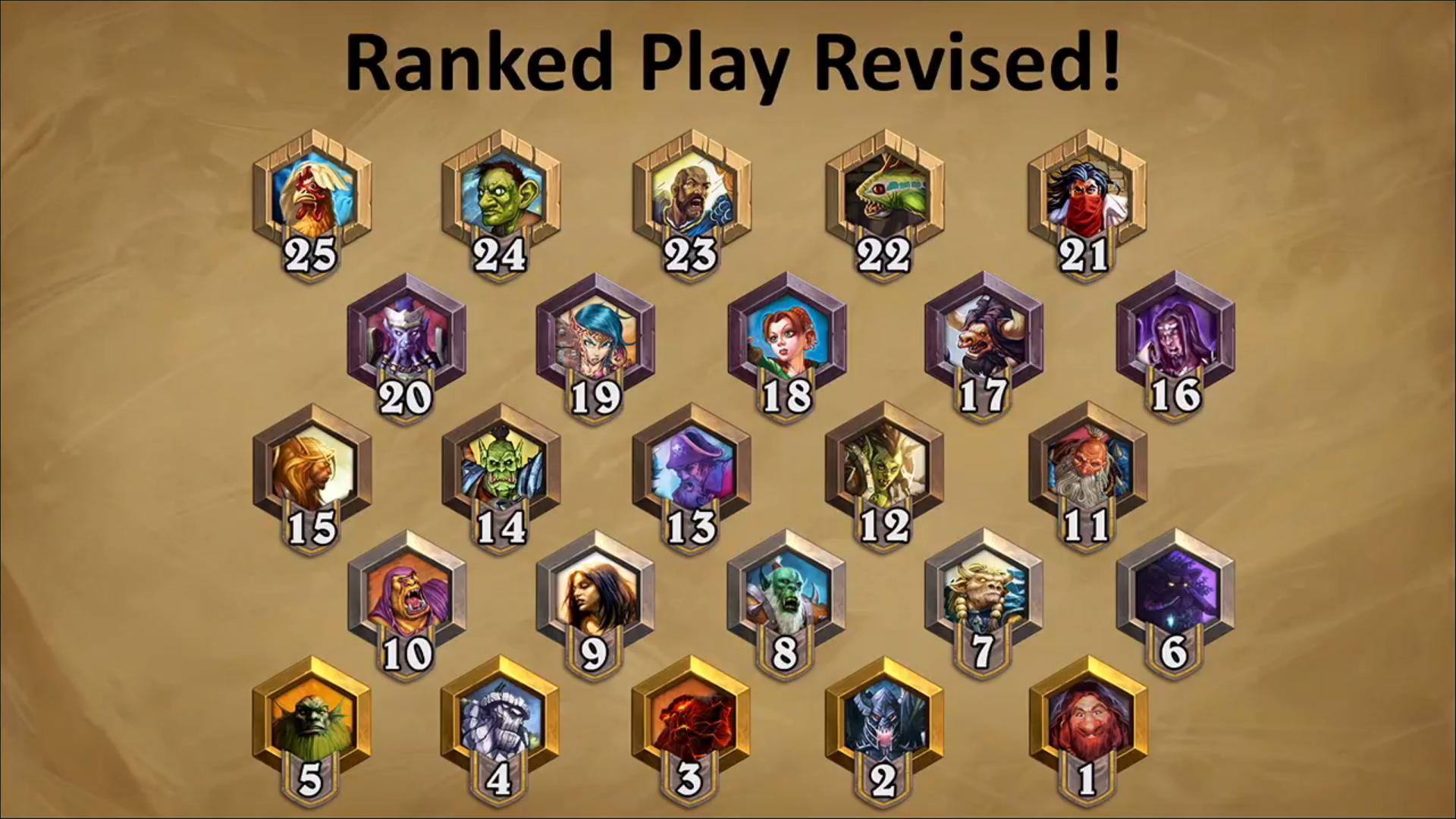 Having played Hearthstone for over a year now I think I speak for a lot of people when I say:

We need a huge improvement for the current ranked ladder system.

Right now there are basically three major flaws within the current system: The frequent ladder resets, the reward system and the matchmaking.

The monthly ladder resets can be quite the nuisance and leave a lot to be desired. First off, a month is not that much time, especially factoring in that most people are not solely playing Hearthstone all day, but have jobs or school, friends and other interests, maybe even playing other games besides Hearthstone. If you take a look at the pro players' activity after a reset for example, a lot of them take their time to grind to legend ranks, most for the reasons I listed above.

Assuming you need to play 300 games to reach legend rank at 10 minutes per game, that's 50 hours of your time.

That gives those pro players less time to play against equally skilled players, which should be their training time between tournaments when they're not practicing with their partners. It creates an extra time requirement and that is the problem: Time is money and not only for the professionals.

Even if you don’t play on a professional level, getting to legend is really time consuming. With a 60 % winrate you already need over 300 games to get from rank 25 to legend. Three hundred games. That’s a lot and 60 % isn’t even a bad winrate in a card game, not at all. In Magic the Gathering, for example, most of the pro players have a winrate in that region, so it’s actually quite the achievement.

Let's take these numbers and do some math. Assuming you need to play exactly 300 games to reach legend rank from rank 25 and your average match duration is 10 minutes, that would mean you are spending 3,000 minutes or 50 hours of your time grinding to legend. Fifty hours is more than the average weekly work hours in Germany. That’s a huge time investment!

Considering the numbers above, what decks would you choose to play? You have a limited amount of time (one month minus all the time you are not spending on Hearthstone) so playing 300 games of Fatigue Mage for example would pretty much be insanity. It’s just not efficient at all. Having limited time and suboptimal matchmaking play against you, it doesn’t suprise me that a lot of players favor fast, aggressive decks over their slower, controlling counterparts.

In the time I finish a control match, other players may finish three matches with Zoo or Hunter or another fast Aggro deck. If they win two out of those three games and I win my single game, I’m still behind, not just in time but also in results. So even if the control deck I’m playing may have a better winrate, it will always lag behind on its grind to legend compared to the aggressive decks.

There isn’t really any relevant reward for climbing to legend right now.

Thus, the current ladder system essentially punishes slower decks, forcing them to have a way higher winrate if they want to match the time efficiency of aggro decks.

Currently, with each ladder reset players get bonus stars for reaching higher ranks, determining how high into the next season they will start. While that general idea is actually a good one, the way it’s applied is utterly useless: It doesn’t make much of a difference anyways because you can still get matched against rank 20's and lower.

If the Top 200 or so players would start the new season in Legend rank already (or very close to it), and the legend ranks below that threshold start at rank 5, it would reward players for ranking high on ladder, making it worth their time. Besides the cardback for reaching legend rank (which is pretty sweet, I admit) there isn’t really any other relevant reward for climbing to legend right now.

Additionally, there's a flaw in the nature of legend rank itself. It's supposed to be a place separated from the rest of the ladder where only the best of the best, the elite resides. In reality, at the end of each season thousands of players reach legend ranks, which is a number you can hardly call elite anymore, even if it remains a relatively minor part of the vast Hearthstone community. Take Starcraft 2 for example, where the Top 200 of each region plays in their very own Grandmaster league. That’s what I’d call elite! Reaching grandmaster is the recognition of one's skill and it's an accomplishment reserved for really the best players in the region. In comparison, the Hearthstone legend rank feels a lot less special.

I don’t want to belittle any player that reached legend rank, I really don’t, but the simple fact that time is a way bigger factor than skill (for those grinding to legend) shows that the current system is flawed and everything but well designed. Players benefit way more from playing a lot of games rather than having a high winrate (in the best case scenario they do have both though), which doesn’t seem like a system that should be used in a competitive environment like ladder in a game with an ever growing esport scene. 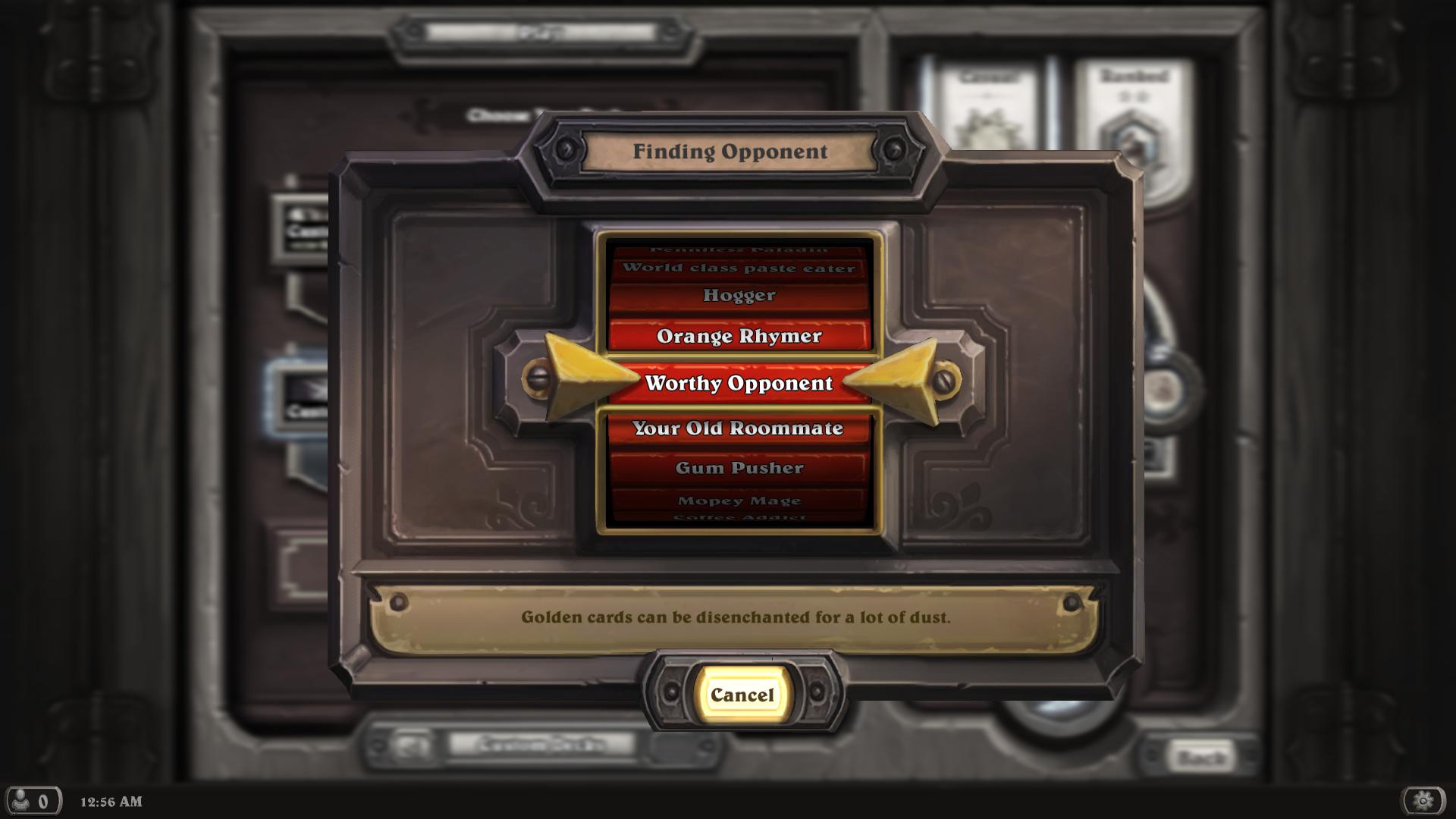 Finally, we arrive at our last point - the matchmaking. Right now a win rewards you a star (on nonlegend ranks), regardless if your opponent was better or worse. If Player A started in the new season with 10-0 stats, while Player B went 2-8, we can say - at least for the purpose of this example - that Player A is clearly the better one.

At the end of each season thousands of players reached legend ranks, which is a number you can hardly call elite anymore.

If those two got matched on the regular ladder, however, those stats are void and irrelevant, because the winner will still get his star and the loser will lose a star (not counting winstreak bonuses). Even though, the system will always try to match you up with someone close to your rank, the ranks themselves count for nothing. They don’t display a skill level of any kind and are more or less decoration. Additionally, such a "star per win" system can easily match you into games with huge differences in skill levels. Partly at fault for this are the winstreak bonus stars, which allow players to rank up to rank 5 with a (theoretically) less than 50 % winrate.

In legend the matchmaking and rank advancement changes and skill suddenly becomes a relevant factor. Still, after talking to several pro players over the course of the year they all agreed that the range of players you can get matched against is way bigger than it should be, including hundreds of numerical ranks difference. That shows that even in legend ranks the numerical rank isn’t an accurate display of skill level.

Another widely criticized element are the matches between legend ranks and players on rank 5 to 1. In those cases the legend ranked player is always at a disadvantage, because if he loses the game he will most likely lose a lot of ranks, while winning the game will earn him almost nothing in comparison. The win/loss ratio on legend ranks seems out of hand a lot of times too, as players would lose dozens of ranks just because of one single loss along the way. That hardly seems appropriate.

Let’s compare games for a bit. I played a lot of Warcraft 3 when it was still a big esport. After a ladder reset you could get matched against weaker players, but after reaching 10-0 stats or so the opponents got closer to your own level extremely fast, so that you could play against people of your own skill level shortly after the reset, even if the numerical level was different.

The win/loss ratio on legend ranks seems out of hand too, as players would lose dozens of ranks just because of one single loss along the way.

To be honest the ladder system in Warcraft 3 wasn’t top notch either, but compared to Hearthstone it was a blessing. Stronger players who regularly rank legend or very close to that still have to play against weaker players for a long period of time before they reach a point where they can compete with players of their own skill level.

Like in most games, the fastest way to get better is to play with players on a similar level or a bit above, but with the current system it takes way too long for higher ranked players to get into a region on ladder where they can do that. Which makes huge parts of laddering, taking efficiency into account, a waste of time.