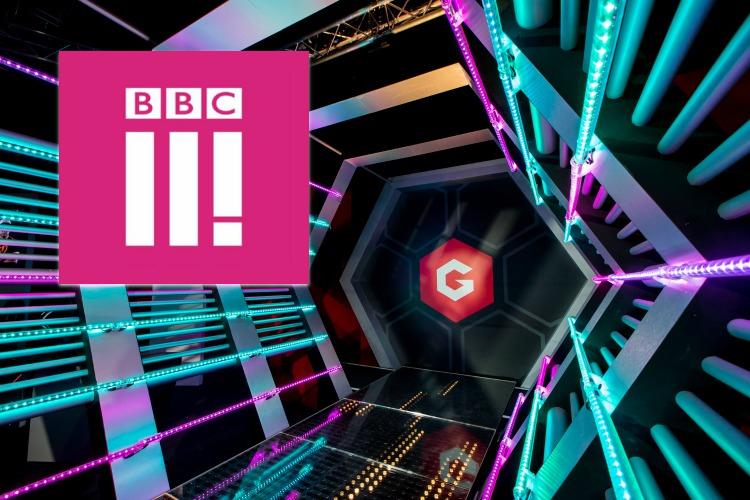 It’s always nice to have something positive to report on, rather than the usual conflicts of interest and cowboys robbing kids. Each week, we make a little bit of progress, although given the nature of esports there are definitely times when it is one step forward, two steps back, and today is one of those cases, where what seems like a positive move also highlights one of the biggest problems we face today. It is, of course, the BBC3/esports story, and the details show us just why so many in this scene are dismissive of the corporation and their attempts to enter the space.

For those who missed it, the BBC announced a ‘first deal of its kind’, to show four hours of live esports every weekend for the next six weeks, as part of a deal with Gfinity and their Elite League Series One. The deal means the corporation will show action in Counter-Strike, Street Fighter (presumably 5) and Rocket League, that triple-A esport, on BBC3, their ‘yoof’ focused channel.

However, in the order in which we started, there are some caveats that make this far less interesting that it appears. For a start, four hours over a day over six weeks is such a small amount of footage that even Redeye could manage it without complaining on twitter. Secondly, of those three games, Counter-Strike is no doubt the biggest, and right now every single major team in that game is on a break for August, having decided the calendar was too full. Finally, BBC3 was actually taken off air a while back, and exists only as an online channel now, meaning that the BBC news can actually be framed in a far less interesting fashion, without sacrificing any veracity.

Essentially, the richest corporation in the world is showing a small amount of esports, in an attempt to promote their streaming service, without having done any research on the subject. This is a corporation that has already made multiple attempts to tie gaming and violence together despite there being no evidence, and also one that has bought and published many articles on the scene that are downright inaccurate, if not insulting.

For those guys playing on Team EnVyUs, it won’t be that big a deal, but for the likes of Method, a stream team that has recently tried to make headway into esports, it is a chance to get a little bit of exposure. As for the BBC, a company that spent £1bn of public money on new offices, and gets close to £4bn a year of public money to spend each year, it’s honestly a bit embarrassing to see them still so far behind the times. Esports has a worldwide appeal, for young and old, but they would rather spend hundreds of millions on The Boat Race, fake tan for Gary Lineker, and lawsuits brought forth from the days when they employed and protected a whole rainbow of sexual predators.

I’m sure we’ve all noticed this already, but there is something very reminiscent of the MLB logo about the design Blizzard have chosen for their Overwatch League. The classic, three colour design that has long represented the biggest league in the most American of games was not 100% ripped off, but the similarities where all plain to see if you had spent time looking at them, or just happened to have eyes.

As it turns out, the owners of MLB have decided not to bring a lawsuit against Blizzard, as the logos are no similar enough for it to be worth it. This will no doubt have been a relief for the games publisher, who are currently beset with issues surrounding the Overwatch League itself, trying to sell franchises to people who have just enough sense to see the cost is ridiculous, whilst also juggling a number of other esports projects.

While the case passed without too much attention, it was an interesting clash between the worlds of sports and esports, but eventually there was no real reason to think it would be detrimental to the MLB for Blizzard to use that design. For it to be a problem, MLB would need to prove ‘negative effects, such as that the similarities cause confusion among customers or create the impression that MLB is a participant in OWL’. That clearly was not the case, so Blizzard can breath easy for now at least.

Finally, we have a rather curious case coming from the world of Counter-Strike. Following the major in Poland, Paul ‘Redeye’ Chaloner took to social media to explain that he felt majors should be hiring two hosts rather than one, to ensure the workload is not too harsh. To put it in perspective, he wrote in his article on the subject that he ‘racked up 93 hours at the recent CSGO Major in 7 days. It has not been uncommon to complete 13-18 hour days in many of the tournaments held this year’.

This seems like a tough day for a lot of the 9-5 crowd that enjoy esports in their spare time, but the reality is that 14 hour days are not really that abnormal in a lot of jobs. People who work in events will regularly do this or more, nurses work 12 hour shifts, and in infinitely more arduous conditions than a TV/esports star. Likewise some writers, covering events, will be working every moment the host is. If you look at the world of sport, events like test cricket, golf and tennis will all have hosts doing long, difficult days, at least to the level of the top level esports events, if not way beyond that.

We would, however, support the idea that 12 hours is a legitimate cutoff point. The combination of the swiss system and the nature of best-of three or five games means a day can last for an extremely variable amount of time, and if talent is booked to work a certain number of days, tournaments would do well to define how long a day lasts. If that is regularly overrun, it will be up to the individual to decide whether they charge extra for the time worked, or decline the offer altogether, but it would make it easier for casters and presenters to guarantee quality work, and not go home feeling like death.

Now, given his long tenure in the scene we cannot blame Mr Chaloner for missing the comfort of his own bed, and regular hours, lord knows this writer has felt the same way after similar scenarios. The question, is, given the level of technical problems PGL encountered and how hard their tech guys were having to work, does it make sense to spend money on a second host? For example, production assistants, hired to ensure the talent are kept comfortable and pampered, are far from common in esports, but very normal in TV, and equally cost a fraction of a second host when it comes to event budgeting.

There are other reasons why a single host is preferable too, not to mention the fact that Redeye has been around long enough to remember when majors weren't week long, million dollar affairs and of course this is not to say in an ideal world that things would be the same as they are now. Hosts are there for a reason, and having two can be detrimental to the viewer experience, as the host is essentially an anchor with rotating talent around them. The answer to this issues may be more staff (or ditching the swiss system), but looking at other similar events and situations suggests those changes should be behind the scenes, rather than increasing the talent budget further.

Seized and Guardian made available for transfer by Na'Vi

Latest Overwatch patch is out, changes could be significant

RRR v Tempest is your Heroes fix for the weekend

C9 v FlyQuest in League, if you fancy that

Overwatch Legends series is this weekend

DOTA has this thing going on in Seattle

League from Korea? Doesn't get much better

...and a Marketing and Events Co-ordinator

Is Redeye right to say two hosts is the answer?