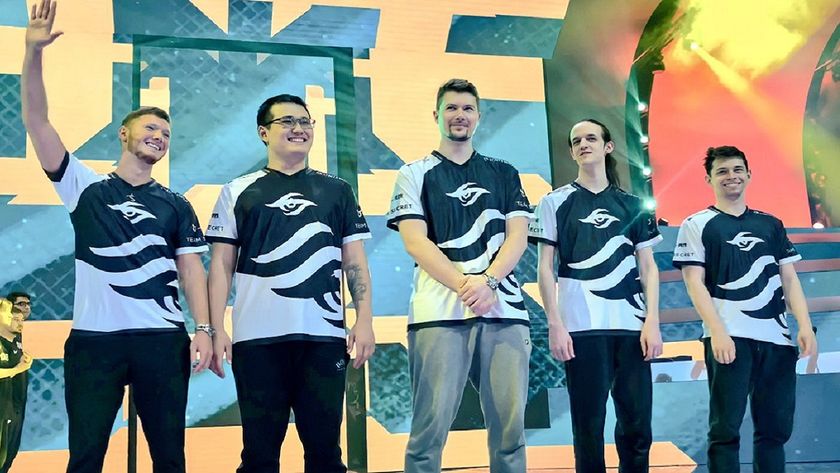 Not entirely unexpected, Team Secret has swapped out Daryl "iceiceice" Xiang for Roman "Resolut1on" Fomynok ahead of the TI regional qualifiers.

Team Secret has had a difficult go of things this year. After missing two Majors in a row by placing fifth in the Dota Pro Circuit Western Europe regional league in both Spring and Summer Tours the once EU giants will take the long and winding road to The International via the regional qualifiers —that is if they can clinch a spot.

Though with the latest changes, they may be able to do just that.

After just one series in the six-week league schedule, Secret replaced Yazied "YapzOr" Jaradat, who is forced to an extended break due to health issues with Baqyt "Zayac" Emiljanov.

Secret found their stride only towards the end of the league, but it wasn't until Riyadh Masters with Roman "Resolut1on" Fomynok in place of  Daryl "iceiceice" Xiang that the team began to really shine and turn heads again finally.

Resolut1on and Zayac work together as an oiled machine. The duo worked together on Virtus.pro and then Hellraisers in 2020 and 2021.

With the latest roster shuffle and this new official lineup, Team Secret may have a shot of eclipsing their third-place result last year at TI.

And ensuring that Clement 'Puppey' Ivanov will be able to continue his streak of competing at every International since its inception in 2011 —the only player left to do so.

Do you think this will be the secret ingredient to success at TI?

Yes, I am sure of it
Thank you for voting!
Nah, I don't think so
Thank you for voting!
Cristy “Pandoradota2” Ramadani
Pandora is a behind the scenes Dota 2 professional Jack of All Trades. When not busy with Dota 2 work, she is out trying to save the world or baking cupcakes. Follow her on Twitter @pandoradota2
Share Tweet
146 people reacted to this post