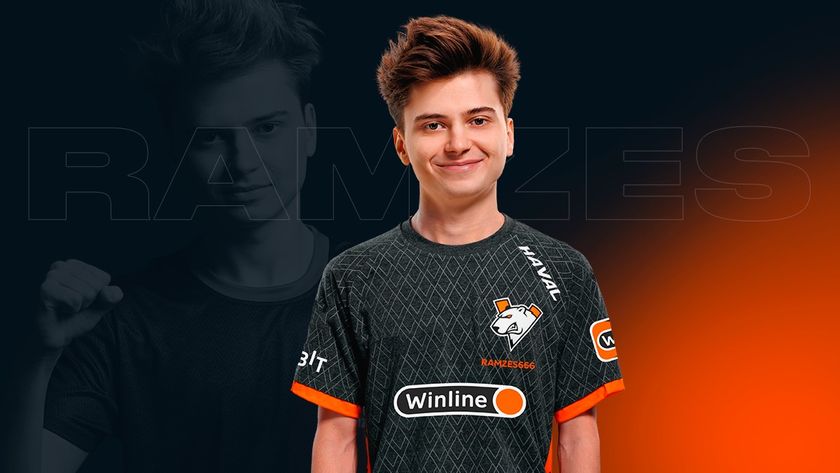 After three years of wanders, Roman "RAMZES666" Kushnarev returns home to Virtus.pro and back to the carry role.

Ramzes carried Virtus.pro to three editions of The International and lifted five Major trophies through his 2016-2019 first stint with the organization. However, at TI9, VP registered their worst result, finishing just 9-12th, and in the event aftermath, the organization released the entire roster and replaced it with the VP.Prodidigy youth squad.

In the years that followed, while VP were looking to rebuild their legacy with a brand new roster, Ramzes went to NA and switched to offlane to fit into the Evil Geniuses line-up. Unfortunately for him, the pandemic hit after he got to participate at only 2 Majors with EG, and given the lockdowns and travel restrictions, he was eventually let go by the end of 2020.

He started the 2021 DPC with Natus Vincere, but after failing to qualify for TI10 he joined a stack of well-established CIS players and went for an unsponsored journey starting in the 2022 DPC open qualifiers and grinding his way up to Division 1 under the CIS Rejects tag.

This spring, onthe 24th of February, the world took another ugly turn when Russia started its invasion of Ukraine. Due to the war, the Eastern Europe DPC got postponed indefinitely and when it returned with a regional finals compressed format meant to give a chance to 3 teams to lock a spot at the Stockholm Major, CIS Rejects placed fourth.

At the same time, Virtus.pro fell under the EU sanctions and have been barred from participating in most of the tournaments since the beginning of the war. Nonetheless, their players were allowed to compete under a neutral tag, but they got disqualified from the DPC after VP’s former carry drew a pro-war symbol on the minimap.

Following the incident, VP kicked Ivan “Pure” Moskalenko from the roster and underwent a full overhaul in the organization's leadership positions, releasing their CEO from duties and transferring the whole management to their parent company,  ESforce Holding.

Through the last couple of months, Virtus.pro’s PR practices have rallied a large part of the community against them. From blaming "cancel culture" for their tournament bans, to now a very recent deleted Twitter post that could be interpreted as a mockery at the school shooting in the US from earlier this week, the organization has lost the sympathy of many of their fans.

VP’s first move that could help them clear a bit their image is to bring back their legendary carry, Ramzes.

VP is my home, the one I have a lot of good memories with. We have achieved a lot together, and now it’s time to make a new story. I have had a chance to meet the guys from the current roster and we got along pretty well. We are all eager to play and win. Stay tuned and follow our games!
Roman "RAMZES666" Kushnarev

There is no official update from Valve on the teams’ status for the upcoming Dota Pro Circuit Summer Tour. Technically, their disqualification in the Spring Tour means that at the best, the players will be allowed to play in the open qualifiers for the Eastern Europe Division 2. The first wave of open qualifiers for the EEU region is scheduled to start this coming Monday, May 30.

Are you surprised to see Ramzes returning to Virtus.pro?