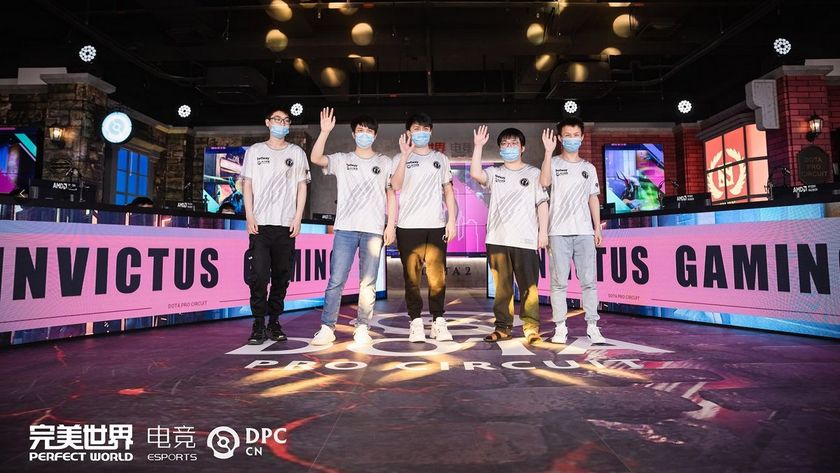 All regions entered the final week of Dota Pro Circuit season 2 league play and in China the battle for the four tickets to the WePlay AniMajor is still wild open.

Surprisingly enough, Invictus Gaming, who dominated the previous China league season and claimed the ONE Esports Singapore Major title as well, struggled to stay in contention for another Major slot.

They won just one series in the first four weeks of the DPC season 2 and before their very last match they were even facing relegation. Their final adversaries were EHOME, who sat in the bottom half of the standings as well and unfortunately for them, the series went from bad to worse.

Despite having plenty of control and spells in the first game, EHOME lost the opening battle to the powerful combo Mars-Phoenix-Leshrac coming from iG. Nonetheless, they gave iG a close battle and dragged the game past the 40 minute mark. Second game, though, was decided before the 10 minute mark.

iG were running a safe lane Death Prophet for Jin "flyfly" Zhiyi, while Zhou "Emo" Yi was supposed to take control over the game mid to late stage with a mid lane Morphling. However, the match took a wild turn just 8 minute in as Liu "Sylar" Jiajun on a carry Nature’s Prophet decided to join his team in the enemy top lane, hoping to get a kill. Instead, his TP into the Death Prophet ultimate led to his death, and from there on the entire EHOME squad came in the lane one by one to feed flyfly and gave him a Rampage.

Flyfly’s ridiculously early Rampage meant that his item progression sky-rocketed and his nearly six slotted inventory only 20 minutes into the game made it impossible for EHOME to recover.

Anticlimactic endings were the name of the day in the China upper division, as PSG.LGD also took a fast forward 2-0 victory over Royal Never Give Up, who on the back of today’s loss have relegated back to the lower division along with Sparking Arrow Gaming.

RNG’s second game versus PSG.LGD brought one of the most bizarre performances from China’s rising star carry player, Zhong "God-King" Liushuai. Known for his unusual item builds, God-King took his strange idea a step too far and single-handedly lost the game for his team when he decided to rush Aghanim's Scepter on Anti Mage, only to realize he can’t really use the Blink Fragment spell, which creates an illusion of himself, because PSG.LGD were immediately stealing it with Enchantress.

While RNG and SAG are the two teams to relegate to the lower division, the rest of the standings are not yet set in stone. The last two series of the season are bound to decide who will claim the top seed in the region and who will go the major via group stage and wild card tickets.

Aster are currently at the top of the board with 5-1 overall series score, but if they lose they lose their last match-up, against Elephant, they might end in a two or even three-way tie for the first place with PSG.LGD and Vici Gaming.

The final two series will be played this coming Friday,  May 21 as follows:

Will Invictus Gaming make it to the WePlay Anime Major?