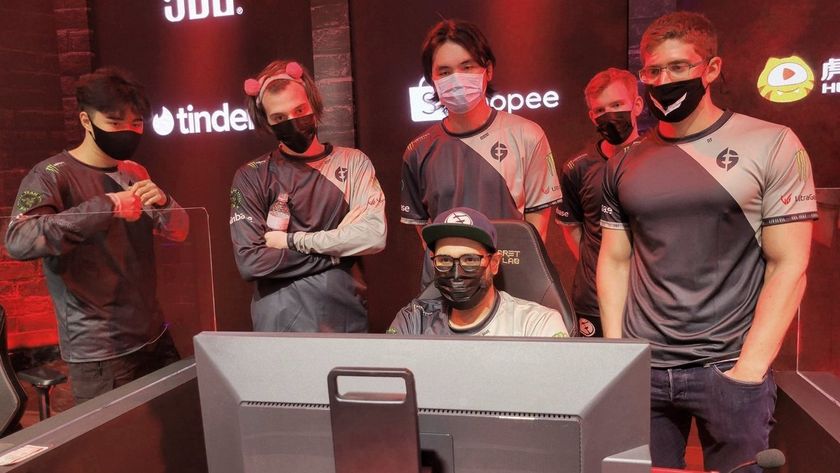 ONE Esports Singapore Major marks the second major tournament in a row where Evil Geniuses secure a top two finish, moving away from the years-long tradition of finishing third.

Although in a slightly different formula than they started 2020, when they finished in the second place at The Leipzig Major, Evil Geniuses, now with Daryl Koh "iceiceice" Pei Xiang in the offlane, seem more prepared than ever to finally take home a Major trophy.

Coming to Singapore as the North America #seed 1 team, EG cut through Fnatic and Invictus Gaming in the first rounds of the playoffs upper bracket before engaging with PSG.LGD, who are coming from wild card matches, for a spot in the grand finals. The series started with both teams taking away from the hero pool those suited for fast pushing strategies as well as hard carries. It was mainly PSG.LGD who focused Artour "Arteezy" Babaev with their bans, but at the end of the draft it looked like they stepped into a big trap laid down by EG. Without not many options left, PSG.LGD chose to put Wang "Ame" Chunyu on Monkey King, which later on, in the winner’s interview EG’s coach Sam "BuLba" Sosale confirmed that it was exactly what his team wanted. They prepared for Ame’s MK with a Viper offlane and Razor in the carry position and gave PSG.LGD a headache in the laning stage. With Ame being ridiculously underfarmed, while EG were in full control of the map, PSG.LGD had no room to mount a comeback and had to admit defeat.

Nonetheless, they returned for the second game of the upper bracket finals focused and managed to secure both Death Prophet and Beastmaster, along with Phantom Assassin for Ame, and although the laning stage didn’t go fairly smooth, they protected PA’s farm and went on messing with EG’s Alchemist tempo game. PSG.LGD aggressiveness past the 20-minute mark forced Arteezy to buy a Divine Rapier on his Alchemist, in hopes of restoring the lead. EG did manage to surprise PSG.LGD, rotating all five under a smoke and took down Ame. However, after the big Rapier reveal, Ame bought back and PSG.LGD went on hunting them down, and after the shiny item got into PA’s hands, Arteezy made the GG call.

High risk plays almost got Arteezy in trouble in the third and final game of the series. EG enforced a high tempo match, Bloodseeker being the carry choice and Abed Yusop on his signature Storm Spirit. But, as they were crushing PSG.LGD on the high ground, the excitement took EG a tad too far in the PSG.LGD base and gave the Chinese team a chance at turning the game around on the back of a couple of kills next to the fountain. Although RTZ lost his life there, PSG.LGD were two lanes of barracks down and couldn’t fully punish the overextension. Once both Artour and Abed were back up, the game was closed with spot on Vortexes from their mid laner.

With Evil Geniuses advancing into the ONE Esports Singapore Major grand finals, PSG.LGD will get a shot at bouncing back tomorrow, April 4 in the lower bracket finals, where they will play against the winner of Team Secret versus Invictus Gaming.