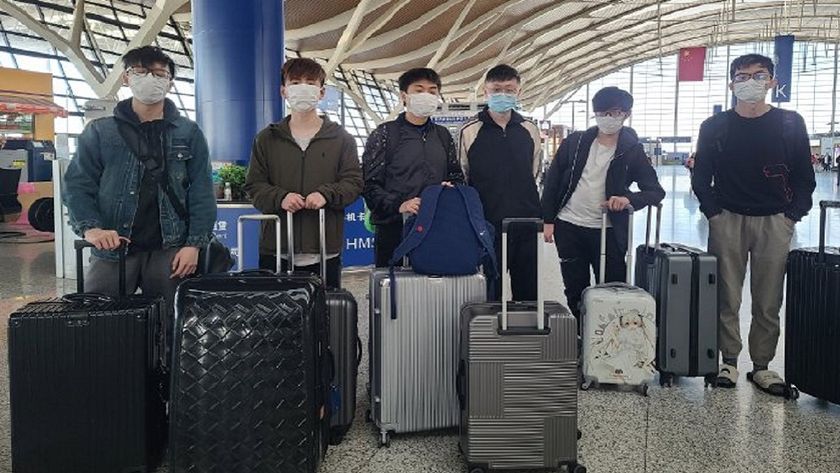 Team Aster's support player Ye "Borax/BoBoKa" Zhibiao will not be attending ONE Esports Singapore Major with the team.

More and more teams begin to head out to compete in the ONE Esports Singapore Major which is slated to begin tomorrow, March 27th with the Wild Card series.

Although Team Aster has begun their travels, according to the team's official weibo post, it is without their position 4 player Ye "Borax/BoBoKa" Zhibiao.

Departed for Singapore this morning. The new lineup's first trip to MAJOR It is also the first time for White and Album_ Bai Xue to go abroad to participate in the competition. The long-lost international confrontation has rekindled our fighting spirit and looked forward to playing our best form. But I have to regret to inform everyone that Borax was unable to participate in the Singapore Major due to unexpected personal reasons, and will return to the team after this MAJOR. The team will be replaced by assistant coach Mad.

Team Aster is one of now five teams that are seeded into the group stage portion of the ONE Esports Singapore Major. The group stage is set to begin on March 29th at 04:00 CEST.

Team Aster lineup for the ONE Esports Singapore Major

Yesterday beastcoast became the first team to pull out of the major followed by Na'vi. Five other squads —T1, Team Nigma, Quincy Crew, Na'Vi, and Neon have announced stand-in players for the event, due to the same COVID-19 concerns and even positive PCR tests, as well as potentially Virtus.pro. Dota 2 commentator Ioannis "Fogged" Loucas had to pull out of the talent line-up after being exposed to the coronavirus.

How many more teams will report the need for stand-ins?