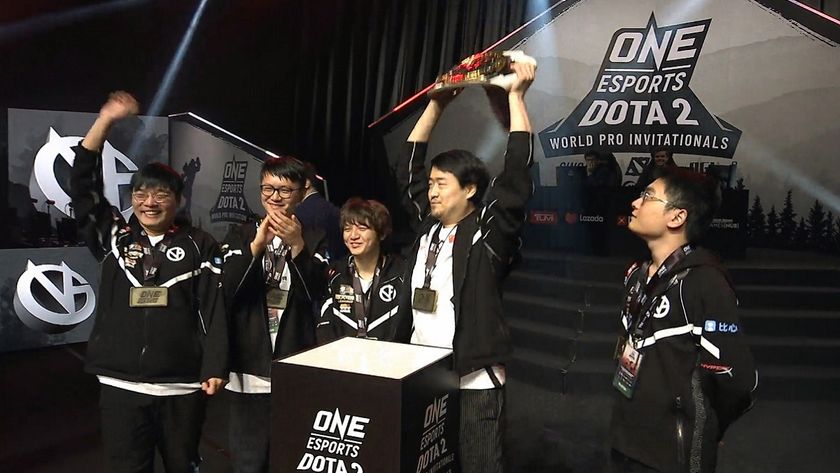 In a clean 3:0 sweep in the grand finals, ViCi Gaming claimed their first LAN title of the season and last trophy of the year at ONE Dota 2 Singapore World Pro Invitational.

ViCi Gaming may have just painted a target on their backs after their spectacular lower bracket run which turned into a clean sweep in the grand finals over Evil Geniuses at ONE Dota 2 Singapore World Pro Invitational.

Their group stage results put them into third place in their group under Evil Geniuses and then Gambit, sending the team into the lower brackets to start the playoffs. There, they truly became the lower bracket kings, knocking out and overpowering opponents one after another, improving and building strength with each series.

Their first series was witness to the longest game of the event at 65 minutes, their second series saw the fastest game in the event at 18 minutes. After that? It was only win after win for the Chinese team, as they dismantled and outplayed their opponents time and time again. Even a perfect chronosphere and crucial fight went their way in Game 3, Evil Geniuses couldn't sink their teeth into the game enough to grasp a hold on anything.

This run and eventual championship victory comes on the heels of the team taking second place at MDL Chengdu Minor. ViCi Gaming is no doubt on fire right now and will be aiming to keep that momentum going through the new year for DreamLeague Season 13 Leipziger Major which is set to take place January 18-26th in Germany.

Yes, I think its possible
Thank you for voting!
No, things will change soon
Thank you for voting!
Cristy “Pandoradota2” Ramadani
Pandora is a behind the scenes Dota 2 professional Jack of All Trades. When not busy with Dota 2 work, she is out trying to save the world or baking cupcakes. Follow her on Twitter @pandoradota2
Share Tweet
217 people reacted to this post