The increasing importance of supports in today's meta

In the ever changing meta of Dota 2, supports have been and will always be an integral part of the game. The importance of supports has increased tremendously over time and is currently peaking in today's meta. 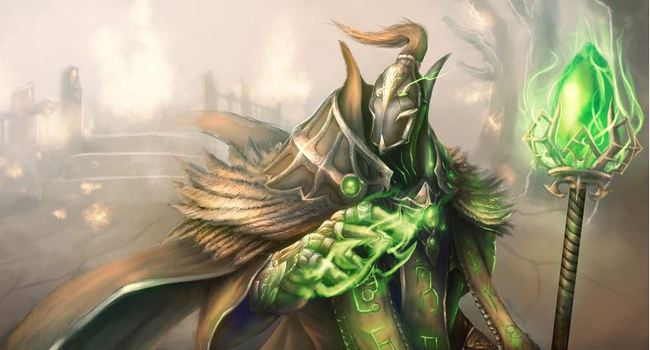 Why are supports so important?

There are limited resources on the map which means not everyone has the luxury or the space to farm. This concept of having limited resources is the reason why supports are necessary and extremely important in Dota 2. With the least farm priority, supports have to make plays throughout the game, from minute 0 up until either throne falls. The increasing importance of supports can be seen in the competitive scene as well. In the recent MDL2017, the Grand Finals between LGD and LGD.Forever Young went the full distance, ending 3-2 in LGD's favor. In the five games played, 15/20 of the first phase picks and 12/20 of the first phase bans were committed to supports. This goes to show how important teams are valuing supports in today's meta.

What are the different types of supports?

There are many different ways to categorize supports but the easiest way known by most people is to split them into Position 4 and Position five. The Position four are the play-making, greedier supports while the Position five are the stable, least-farmed priority supports, reuqired to purchase all the Observer/Sentry Wards, Dusts of Appearance and Smokes of Deceit. Many times, the Position five is also the Captain and in-game shot-caller of the team. This might not apply to all teams but it is a general concept that has worked for many of the top teams in the competitive scene currently. Here are some examples of top teams with a stable Pos five Captain and a flashy, play-making Pos four support respectively:

However, this concept does not apply to every team as it depends hugely on the dynamics of the team.

What are good Pos four and Pos five heroes?

The answer to this differs from patch to patch. As a general rule of thumb, Pos five supports are heroes that are able to contribute despite having little to no farm or levels. They can be further broken down into defensive supports like Io, Dazzle, Oracle, Winter Wyvern or team-fighting supports like Phoenix, Disruptor, Ancient Apparition, Warlock, Witch Doctor, etc. These are the heroes that can do a lot in team-fights while having very little and relies heavily on positioning and timely spell usages to have an impact in the game. As for Pos four, they are heroes that can utilize farms and levels better and can sometimes transit into a semi-core (also known as Position three-and-a-half). Moreover, the Pos four is also hugely responsible for making plays in the early game, thus making heroes such as Night Stalker, Clockwerk, Earth Spirit, Sand King, Riki, Kunkka, Earthshaker, etc, extremely viable Pos 4 heroes. That being said, certain heroes do overlap and can be played in either roles.

What should a support be doing during the laning phase?

There are many things a support can do or should do in the laning phase. Typically, one of the supports (usually the Pos five) stays in the safelane to secure his carry's farm while the other (usually the Pos four) roams around. The Pos five focuses more on zoning out the offlaner, creep-pulling when necessary and also stacking neutral camps. The Pos four, on the other hand, creates pressure on other parts of the map by roaming, securing runes, creating gank attempts and possibly also stacking neutral camps amidst all those. Nonetheless, this is a general concept and the roles of each supports can and will differ from game to game.

After the release of 7.00, there has been a lot of emphasis placed in the early game, making supports even more important than it already is. With the changes to Bounty Runes (spawning four every two minutes in each of the jungle), the importance of having a roaming support (Pos four) has been escalated. Securing of the bounty runes are extremely important as it gives the supports the early farm and levels they need in the early game. Moreover, the addition of shrines allowed roaming supports to be even more efficient in their early game movements. Also, with the changes to Neutrals spawning every 2 minutes instead of 1, Jungling has become extremely inefficient. This bolsters the importance of securing the lanes in the early game and that lies heavily in the shoulders of the supports.

Fast-forwarding a few months, another huge patch 7.06 was released. Here are some notable changes that caused the priorities of supports to shift:

Firstly, although neutrals now spawn every minute (instead of two), the reduction of 20% XP and Gold removes the possibility of junglers returning. However, with these changes, supports now have to place more emphasis on stacking camps on top of the usual securing of lanes and runes. Secondly, with the mid-lane now having an extra melee creep in the first 15 minutes, more and more emphasis has been placed in securing a good lane for the mid player. This 'meta shift' for supports was evident when two competitive teams sent both their supports to help out the mid-lane at the start of the game, causing a 3 v 3 brawl at level one. Lastly, with creeps now meeting closer to the offlane tower, it is harder for supports to completely zone out the offlaner. Although it is still important to secure the farm of your carry, the emphasis has changed slightly.

Let us take a trip down memory lane. Back at The International 2013, the laning phase revolved heavily around the 'Safelane-Offlane' concept, with mostly defensive tri-lanes and occasional aggresive tri-lanes. Moving on to about TI5, the meta started to shift as we were having less tri-lanes and more dual-lanes. This continued to evolve over time and the support role has became more dynamic with constant movements around the map as compared to the static laning phase in the past. I feel that the current meta has evolved itself into 3 solo lanes and the role of the supports is to secure these lanes for their team. In an ideal world, one would hope to be able to secure all 3 lanes but that is extremely difficult to achieve. As such, the priority on which lanes to secure depends greatly on the draft and its intended game-plan.

An example of a close-to-perfect movements for a Position four in the early game would be GH in game three of the Epicenter Grand Finals between Team Liquid and Evil Geniuses. His Earthshaker single-handedly secured the early game for his team by sniping a courier, setting up four of the five kills for Liquid in multiple lanes and stacking both ancients all in the first ten minutes.

The early game is extremely crucial in today's meta and regardless of whatever the strategy or lineup is, teams would always want to get the most out of their laning phase and supports are the crux in achieving that. I cannot stress enough on the importance of supports and would even go as far as to say that among all the roles, the Position four support plays the most important role in the current meta.

Do you agree that the Position 4 is the most important role in today's meta?