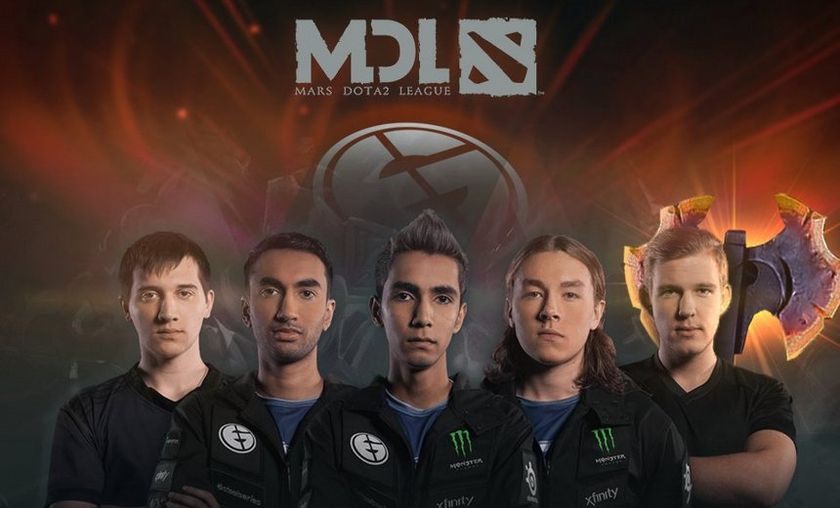 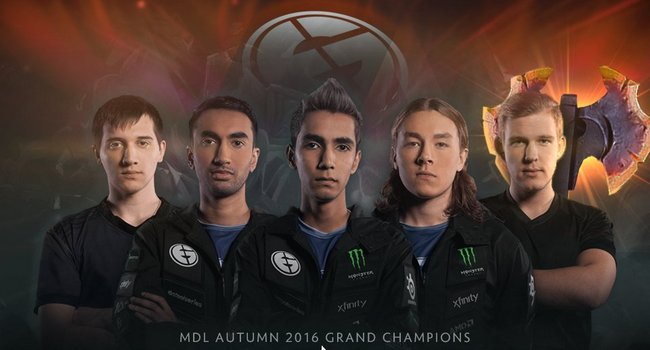 After a long series EG take their revenge on Newbee and claim the MDL Trophy.

The game started promising with trilane versus trilane bot, but despite the tension both teams played passively. Ludwig 'Zai' Wåhlberg’s Warlock scored first blood on Hong 'Faith' Da Zeng's Shadow Demon at about the eight minute mark during a trilane clash. Fights were slow to break out, with EG coming on top for most of them until the middle of the match. Newbee managed to stabilize and hold against several pushes in a row despite losing their T3 and ranged rax in bot. From then on was a back and forth, with the Chinese team slowly losing parts of their base but taking the entire mid of EG. After a prolonged fight for Rosh with multiple buybacks on Newbee's side, the end was in sight. A bad catch top solidified this as Invoker wasted his Aegis and Luna went down. EG pushed their advantage, getting ranged barracks top. One good Chrono shortly after forced Newbee to call GG.

This time the game started with a lot more action after a short pause for balance. Saahil 'UNiVeRsE' Arora's Axe was chased out of the lane by an aggressive trilane. An attempted gank on him in the jungle ended with a bit of overextension on the side of Newbee, while two EG heroes rotated to help him. With a double damage rune on Kunkka, EG secured the first blood as Hu 'KAKA' Liangzhi's Witch Doctor went down. EG dominated the early game, getting kills while defending towers. The constant push from Xun 'uuu9' Han's Terrorblade and all the smoke attempts from Newbee ended in EG's favor, however. EG had the Rohan control. This prompted the American squad to pick things up, and with Aegis on hand they managed to take down Newbee’s base.


Game three started bad for EG. They lost their courier right after the first rune spawn, and Batrider gave first blood top. Both were due to KAKA’s good positioning and body-blocking, and Faith claimed UNiVeRsE's life with five stacks of Shadow Poison. Newbee continued going strong and dominated the early game, with EG only catching a short breather while taking T1 mid lane. Mid game wasn't any different with relentless pushing from Newbee, slowly taking EG’s base bit by bit--mid barracks first, then top. After a prolonged fight, EG had enough and called GG for game three.


The fourth and final game started with Artour 'RTZ' Babaev's getting first blood on Damien 'kpii' Chok's Slardar bot, who went a bit too far into the trilane. Newbee rotated their two supports bot, leaving both mid and top unprotected. This mistake let Syed Sumail 'SumaiL' Hassan and UNiVeRsE get ahead on farm. EG slowly but surely gained momentum with just one bump in the road: a three man Crush from kpii enabled Sccc to deal massive damage and team wipe EG in front of T1 bottom lane. Roshan was the next big objective. EG wanted to take it and Newbee overcommitted trying to stop it three times, all ending up in EG’s favor. EG then took top and moved to mid. After a long fight inside Newbee’s base and multiple buybacks, the Chinese team lost all their heroes and called the GG. With that, EG secured the first LAN title after the fall shuffle.

Will EG continue strong in the new patch?