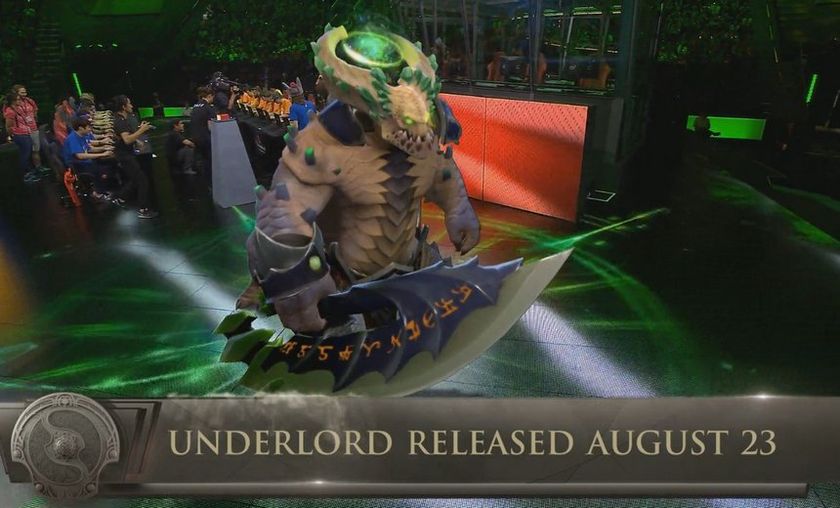 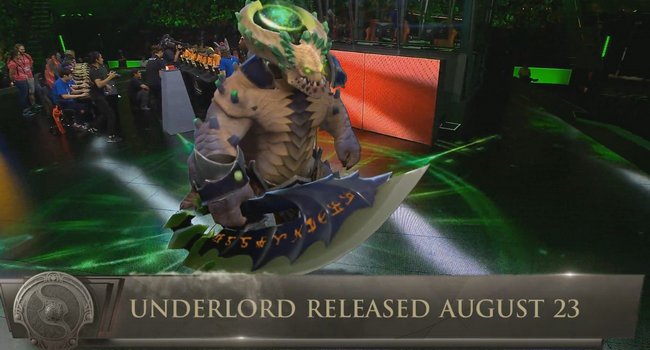 A brief pause in the thrilling all-star game was used to announce the return of a DOTA 1 classic: the 'Underlord'.

The pause was used to welcome the Underlord to DOTA 2. The player receiving the honor of first to play the rebooted hero was none other than Johan ‘N0tail’ Sundstein.

Although the team utilizing Underlord lost the all-star game, we received a taste of the hero’s abilities as N0tail rained fire from the sky onto his unsuspecting foes. Unfortunately, we were unable to witness a cheesy backdoor attempt using the hero’s ultimate to teleport his team onto an invisible Broodmother lurking in the Radiant base, but it’s an awesome mechanic waiting to happen.

The International 2016 ceases to impress giving us an additional reason to cheer. The DOTA 2 community has been calling for the hero for quite some time, and Valve delivered in spectacular fashion. The Underlord is back and makes his debut August 23rd.

Are you hyped for the Underlord debut?

Wings.y`Innocence: "DotA becomes very stale if we play the same heroes over and over again"

Era-Escape Gaming: “We have good synergy, we like each other, we all are good friends”