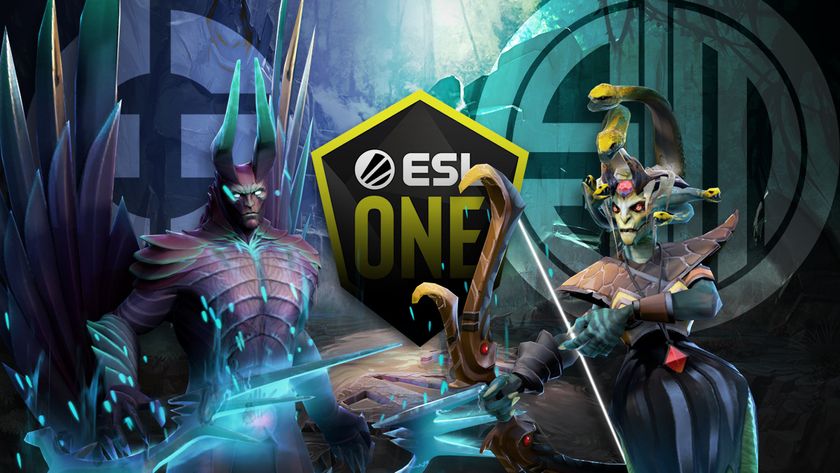 Exciting times are ahead for the Dota 2 fans around the world. The first Major of the year is just around the corner.

ESL One Stockholm Major starts on the 12th of May and it’s set to be the biggest competition held on LAN since TI10 and the first to welcome a live audience in more than two years. It will surely bring breathtaking games and top notch Dota 2, but more importantly, for the teams that will step onto the Hovet Arena stage, this will be their first big shot at securing a spot at The International 11.

North America has two teams fighting for the ESL One Stockholm Major title, Evil Geniuses and TSM.FTX. Both are arriving in Stockholm after winning a three-way tiebreaker at the end of the six-week long Spring Tour NA regional league and both are more than thirsty for a Major win.

Unfortunately, the Chinese region won’t be represented at the Major, but as bad as this is for the whole competitive scene, the absence of some of the strongest teams in the world is a blessing in disguise for many and especially for EG.

In fact, the abysmal 9-12th place finish at TI10 triggered a rather important shuffle for EG, who entered the new competitive year with two new additions. 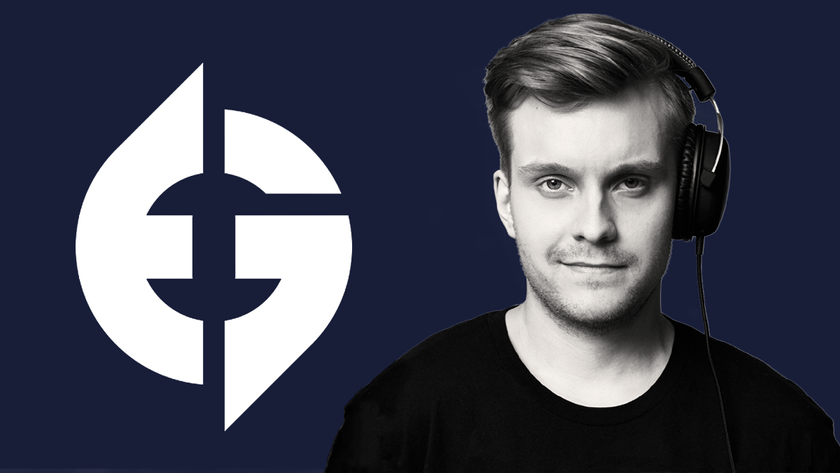 EG delivered the biggest news of the post TI10 shuffle when they announced the signing of the double TI champion, Jesse "JerAx" Vainikka.

Along with JerAx, EG have also welcomed aboard the Virtus.pro prodigy carry Egor "Nightfall" Grigorenko, who made a role change from position 1 to position 3 to fit the EG line-up and just like that the NA juggernaut seemed to be the biggest winner of the shuffle.

However, with JerAx returning to the pro scene after nearly two years of absence and with Nightfall having to transition from carry to offlane, EG finished only third in the first DPC Tour, and if the Winter Major would have been held, they would have missed it. But, the Major got replaced with Regional Finals and EG had another chance at grabbing some more DPC points. Even so, they lost the regional grand finals to TSM.FTX and took just 130 DPC points for their second place finish.

Many expected or hoped that EG’s overall playstyle would change with JerAx’s arrival. He is known as one of the most aggressive position 4 supports. His former captain, Johan "N0tail" Sundstein, described JerAx’s insane playstyle the best: “He can dictate the tempo of the game,” N0tail said in the Against the Odds documentary. “He is like a dog chasing a ball, but you can’t really see the ball. You just try run after the dog who is running after the ball.”

But having to play from position 5 now with EG, JerAx had to change his game approach. Since he joined EG he never played his signature Earth Spirit for instance, as the hero doesn’t fit position 5 at all.  Through the first and second DPC Tours, JerAx’s most played heroes are Bane, Enchantress and Pugna.

Perhaps the only heroes that allow him to set the tempo now are Death Prophet and Weaver. He played them both a couple of times this season alone and he boasts a 100% win rate on both. But, this Spring Tour, his most played hero is Enchantress, which has just got indirectly nerfed in the 7.31c patch through the changes applied to the Harpy Scout and Dark Troll Summoner neutral creeps.

DP, Enchantress and Pugna are utilized mostly for hitting the push timings, while they all also have strong tools for team fights, all providing sustainability and control. 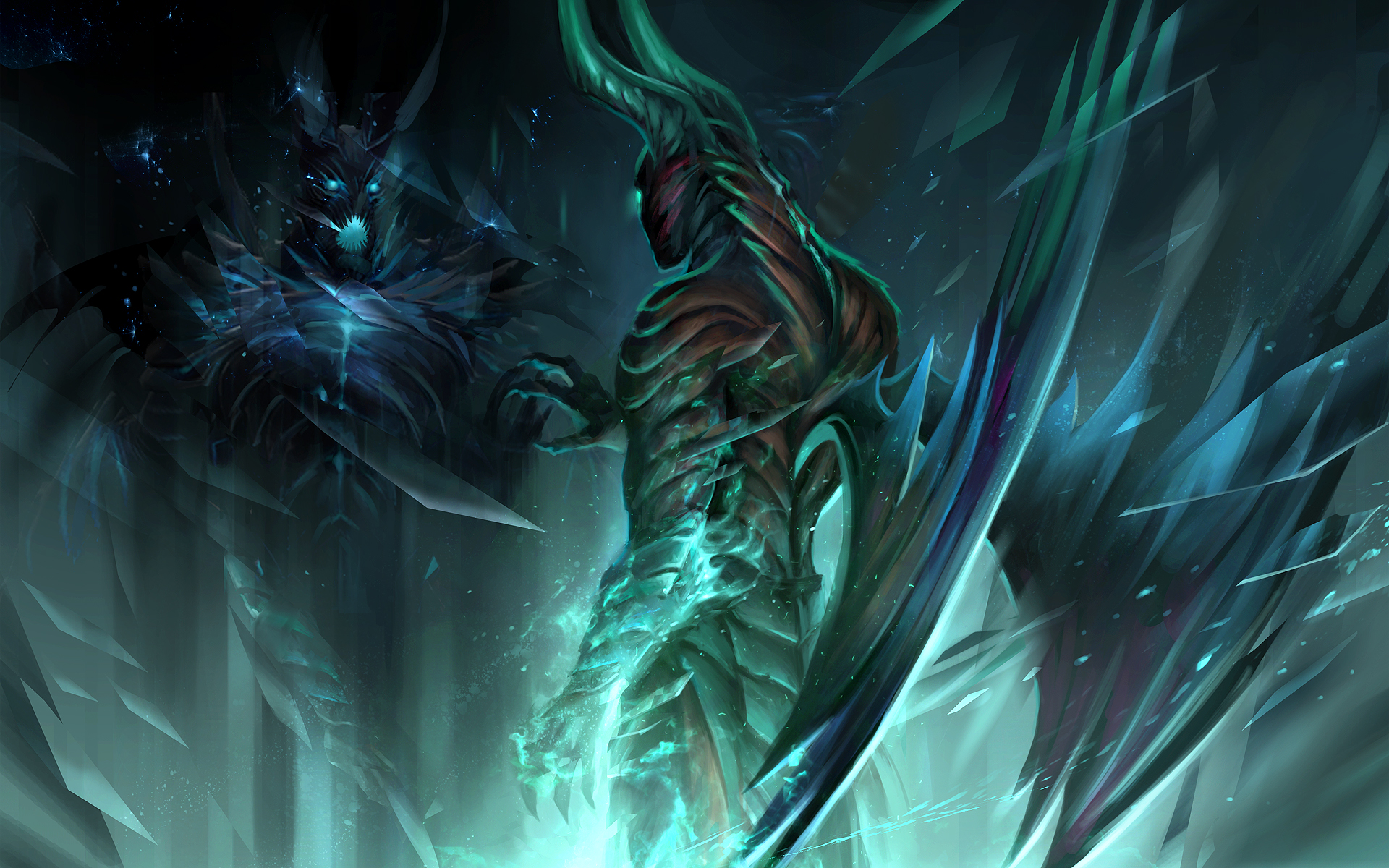 However, nothing screams NA Dota louder than Terrorblade. This has become the go to hero for every single team in the region, yet only one player name became almost synonym with the hero.

Artour "Arteezy" Babaev can be seen as the one who infested the NA officials and pubs with the hero, and most probably because of him this season’s battle for supremacy in the NA region was pretty much defined by who gets to pick the hero.

The insane battle over the TB resulted in a large amount of Medusa or Chaos Knight versus Terrorblade games or Luna versus Medusa/CK if the Terrorblade was banned.

Interesting fact, EG would never go and ban the TB themselves. They usually wait for the second phase of the draft and if the hero is available, they take it, reserving the last pick for Abed. If the TB is taken or banned, the win condition becomes Arteezy and the last pick is reserved for him, in almost all of the cases.

Given the notoriety he has gotten on Terrorblade, RTZ didn’t get to play much of it during the league season, and in fact, his most played hero in the Spring tour is Medusa, on which he has 5 games and a 100% win rate. TB is his second most played hero with 3 matches and also a 100%.

The problem for EG, and to some extend for TSM.FTX as well is that they both tend to play for the late game scenarios where these two carry heroes become absolute beasts, and in the NA league the games often translate in a showdown between a six slotted TB vs a six slotted Medusa.

In the latest Monkey Business show, TSM.FTX captain, David "MoonMeander" Tan Boon Yang talked about the core mentality, the tendency to farm the map for incredibly long times, and the danger of not optimizing the item build progression according to what the opposite team is doing.

Arteezy has always been the win condition for EG. If his farm is secured, his team is set for a good game, but EG’s overall game plan and their by now predictable drafting patterns puts them in trouble when it matters the most.

EG are one of the most constant teams and one can even argue that they are also some of the most successful teams. Constantly finishing top 3 or reaching grand finals speaks volumes about how good the team is. However, for a full successful story, they need a Major and a TI victory.

After nearly a decade of competitive play and almost eight years spent under the EG banner, Arteezy is yet to win a Major title or The International.

This coming ESL One Stockholm has the biggest chances to bring him the first Major trophy, but even without the Chinese teams attending it, the competition is extremely high. One of EG’s recent arch enemies are coming from their own region.

TSM.FTX line-up is perhaps the best example of the current scene for hard work and tremendous grind paying off. Apart from MoonMeander and Kim "DuBu" Doo-young, who made a name for themselves in the tier 1 scene since 2014, the rest of the players can still be regarded as rather new in the higher echelons of Dota 2.

The line-up stuck together through the 2021 DPC year and from having to rely on fans through a GoFundMe campaign for the TI10 bootcamp, they are now playing under the TSM.FTX banner, the most valuable esports company, according to Forbes.

Formerly known as Team Undying, the five players got here through a lot of determination and commitment, and as soon as they were signed by TSM, the results started to show. In the previous DPC Tour, TSM.FTX took the NA Regional Finals title having Tal "Fly" Aizik in the coach seat.

However, Fly didn’t feel ready to give up entirely on his player career to become a full time coach, as he explained in the We Say Things podcast, and in the Spring Tour, Rasmus "Misery" Filipsen replaced him.

Technically, TSM. FTX have now secured a major spot for the second time in a row, however, ESL One Stockholm will be the first time they actually get to play on a Dota 2 Major stage.

While they excelled in the NA region in the online format, most of the TSM.FTX players lack offline experience. Some have just a few LANs in their hands and even fewer played on international LANs.  Their mid and offlane players, Bryle and SabeRLight- respectively, made their TI debut only last year at TI10, while for Timado TI10 was just his second appearance at the biggest Dota 2 event. However, his TI attendance was separated by 4 years.

Timado made the switch from SA to NA scene at the beginning of 2021 with Team Undying, and in the one year spent under Moon’s and DuBu’s guidance he became one of the most improved carry players in the professional scene.

Much like for RTZ, Timado’s most played heroes this tour are Terrorblade and Medusa, though, he has just 3 games with these two, tied with Razor. However, among his signature heroes are Morphling, Anti-Mage, Faceless Void and Spectre, which he didn’t get to play at all during the league season, with the exception of Morphling.

Heading into the Major, chances are that we get to see Timado and his team bringing new strategies, fast paced games revolved around early skirmishes and early team fights, while for EG it’s hard to imagine that they will leave the late game concept behind or that they will move the win condition from Arteezy’s super farmed carries.

Even so, given the fact that EG made it to the last two majors grand finals and got bested there by Chinese teams, any EG fan hopes that without the Chinese teams at ESL One Stockholm Major, Arteezy will finally get to lift above his head his first Major trophy.

Will Evil Geniuses claim the ESL One Stockholm Major title?