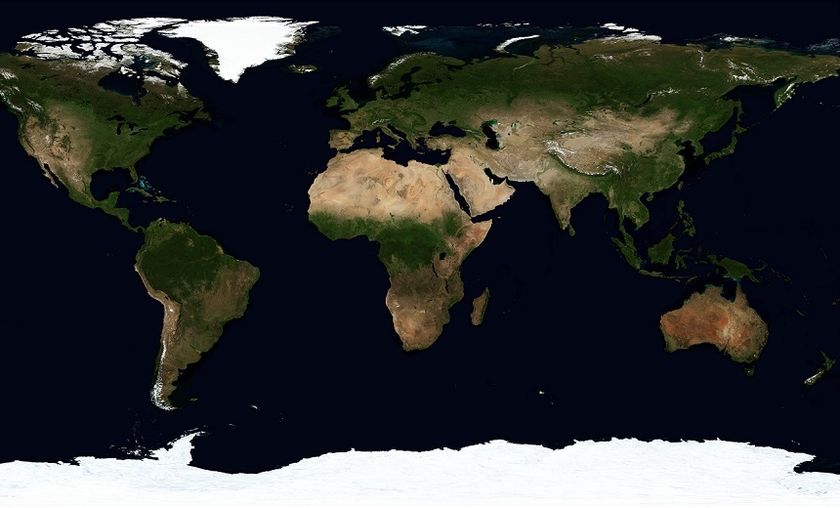 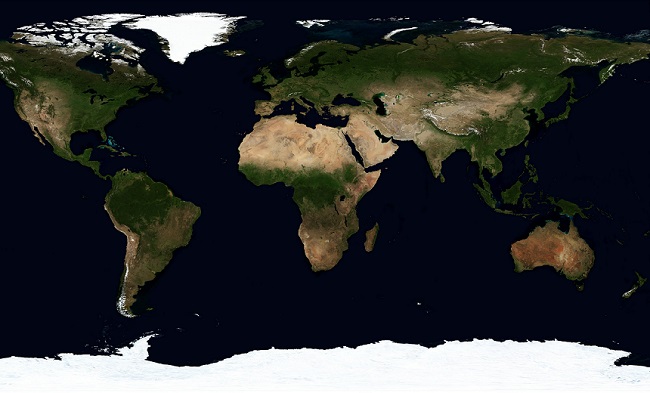 I’m a fan of the Dota 2 Pro Circuit (DPC). One of the things I'd asked for (on Twitter, maybe not the best place to offer suggestions) in past years was a league system that would allow fans to understand how teams were performing across the season. I wanted to discuss storylines from tournament to tournament, rather than always focusing on the latest event.

Valve’s introduction of the DPC was quite welcome. While it isn’t perfect, it’s a welcome step toward organizing the professional scene into a coherent landscape. The DPC’s qualifying points create a more transparent system for invitations to the biggest tournament of the year, The International. It sets some standards for the events on the Circuit. And, as we all know, Valve likes to iterate: the DPC will surely be improved upon in the years to come.

I want to touch on how the DPC has impacted the different regions over the past thirteen tournaments, looking at a few regional anomalies, in particular.

Six Regions Are Better than Four

Southeast Asia (SEA), China, Europe (EU), and the Americas were the traditional breakdown of regions in Dota 2 until Valve introduced six regions for the Kiev Major 2017. Europe was split into Europe and CIS, and the Americas were broken into North America (NA) and South America (SA). One of the significant differences the DPC introduced for this year is that all Majors and Minors must have a minimum of one regional qualifier for each of the six regions.

Previously, only Valve tournaments such as The International and the Majors had regional qualifiers, while third party tournament organizers had qualifiers at their own discretion. There were only four South American teams at the first thirteen events of last year, and only six CIS teams. Compare that to this year’s thirteen and twenty, respectively, and we can start to see the impact of the regional qualifier requirement.

Additionally, in the previous system, some tournaments would heavily prioritize certain regions. In 2016-2017, the ROG MASTERS 2016 inflated the number of SEA spots available in the year by having nine SEA teams, two China teams, and one EU team. Because of this, SEA had twenty-three spots at the first thirteen large prize pool tournaments last year compared to seventeen at the first thirteen DPC events this year. However, without that one tournament’s bonus spots, last year’s number shrinks considerably as many tournaments didn’t include SEA teams at all. The DPC regional requirement has ensured that SEA teams continue to have important competitive international opportunities. I think this is important for all of the regions, to ensure that each has the potential for DPC points and prize money.

Direct Invites Have a Direct Impact 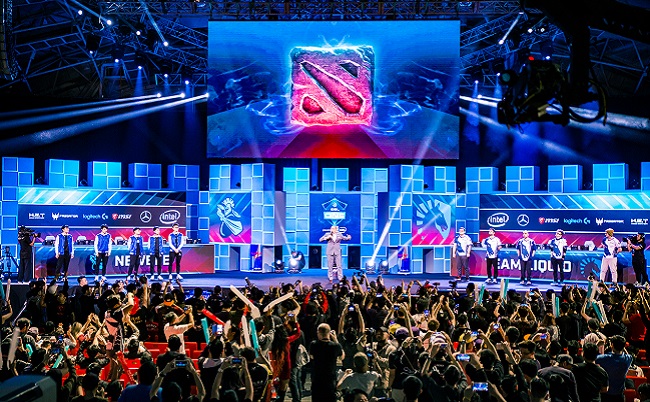 While the regional qualifiers mean each region had at least thirteen spots across the thirteen events so far this year, direct invitations skewed representation in favor of a few regions. China and Europe have both benefited from direct invitations, receiving sixteen and thirteen respectively. By contrast, South America and Southeast Asia have had zero and four direct invitations.

I understand why certain regions have received a larger share of direct invites. For example, Team Liquid (EU) and Newbee (China) received direct invitations to some of the first tournaments in the season, presumably as a nod to their top two finishes at The International 7. Team Secret (EU), Virtus.pro (CIS), and Evil Geniuses (NA) have also received a few direct invitations each, recognizing these teams as competitive but also the strength of their brands for bringing in viewers. The last few events to have sixteen teams invited the top eight on the DPC leaderboards, which I think is also an understandable approach. Teams that have placed consistently in the top four at previous tournaments have proven they’re at the top of the field!

Direct invites take consistently strong teams out of the regional qualifier pools, creating the opportunity for different teams to grab those qualifier spots. Which brings me to the next item I want to discuss:

The Region with Three Teams?

Southeast Asia contributed only three different teams to the first thirteen DPC LANs this year. While four teams won SEA regional qualifiers, one of those teams (HappyFeet) failed to secure visas in time for their event, and the spot went to one of the other three teams.

This isn’t to say that there aren’t plenty of teams competing in SEA, because there are. Twenty-six different teams (by name, at least) have participated in the region’s qualifiers. TNC Pro Team, Mineski, and Fnatic have consistently won those qualifiers. Directly inviting one or more of these teams should open up the competition, but the four times that one of these teams has been directly invited, one of the other two has won the regional qualifier. And these teams are competitive at an international level as well: all three have earned qualifying points, with Mineski sitting in position eight on the leaderboard.

This week’s Minor, GESC: Indonesia, gives a new SEA team a chance to shine, as the tournament held an Indonesian qualifier, which was won by Rex Regum Qeon. I think it’s a great opportunity for this team, but it’s a very tournament-specific solution if the internal competitiveness of this region seems problematic. I want to see a wider variety of SEA teams at the DPC LANs so the international experience and opportunity is wider spread, but I want it to be because those teams have won the spots versus Fnatic, TNC, and Mineski!

The Region with Too Many/Not Enough Teams 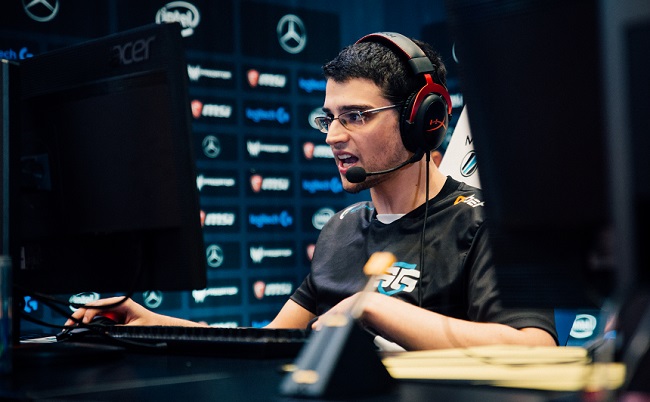 I think South America’s problems are different from SEA’s. While SEA seems to have a clear tier of three stronger teams right now, South America’s problems lie with stability. The least internationally competitive region, with last place finishes across the Circuit, South America is also the region with the least international experience in general. It was a huge deal when SG e-sports played at the Kiev Major 2017 eleven months ago. I think it would be a mistake to expect the region to be immediately on par with every other region.

But the problems are deeper than how competitive the region is. Most regional qualifiers for the DPC feature open qualifiers for one or two slots per tournament, resulting in approximately 27 open qualifier spots per region. South America is an anomaly, having had 34 open qualifier slots. In a simplistic way, the issue is that there aren’t enough teams with stable rosters in the region to invite more of them directly to regional qualifiers. I think the reasons for that deserve a real discussion of their own—lack of funding, lack of organizational support, and issues with basic infrastructure like stable internet connections could all be some of the structural items holding back these teams.

Qualifier Victories for (Almost) All

On a positive note, all but one of the teams that have attended DPC events have had to qualify at least once. There’s one exception: EHOME has only attended MDL Macau, and that was due to a direct invite that was issued after a controversial decision to keep them out of the regional qualifier.

I’ve heard arguments that all spots at tournaments should be earned through regional qualifiers, and maybe that’s feasible though it does raise questions around whether all regions are competitive enough to have an equal number of qualifier spots or not. Direct invites may be a workaround for that awkward issue….

Ultimately, I think regional qualifiers are necessary for creating a fair playing field for all six regions. It’s critical that there’s an opportunity for each region to participate in the DPC for competitive integrity, and to give each region international experience and exposure. I don’t believe the anomalies with SEA and SA are because of the DPC, but having a consistent system over the long term allows us to see that there are some differences between the regions. We can start to question why those differences exist, whether or not they’re problematic, and if they are, whether there’s something that can be done through the DPC to affect them.

Has the DPC successfully created an even playing field for all six regions?