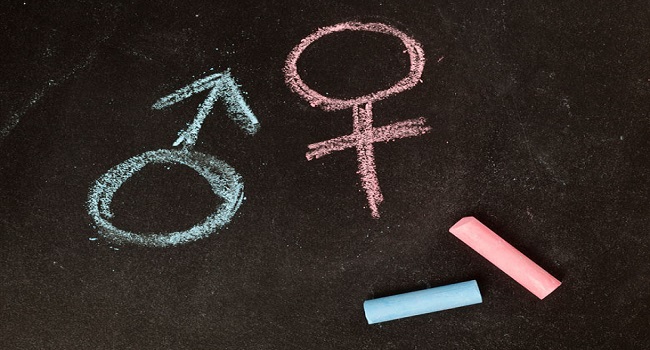 Included, was a photo collage of the specific players and their significant others. The photos were almost certainly taken from various social media sources and most likely without any expressed permission by the women themselves. And here they were, these women on display as the arm candy for various professional players. Objectification at its finest example. 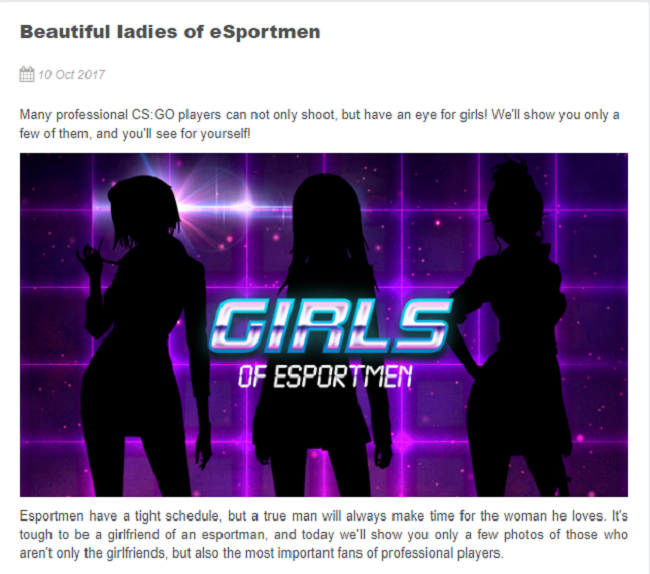 Had the article taken an actual look at the characteristics and traits of women that help to support their significant other's professional gaming careers - the long distance relationships, the watching every result and match with angst, the unconditional support and words of encouragement, the thick skin that lets toxic comments roll off their backs - it would have been quite a read. You see, for some players, these women ARE their biggest fans and more importantly, the unsung heroes and the rock behind the success at times.

But it didn't. These women were applauded for their looks. There wasn't even a single word written about their ordeals, their personalities or their experiences. It was 100% photobook only.

It’s been discussed before, the topic isn’t new. Women are targets of online harassment, abuse, and discrimination. And by abuse and harassment, that means objectification and cat-calling.

Gender discrimination along with the barrage of harassment is unfortunately even more commonplace in esports than we should be able to admit. Biased gender role views, lack of inclusion of women, prejudice and harassment continue to plague the experiences of women in esports on a global level. The “usual” verbal gaffes, "flippant" remarks and offhand oogling all serve only to highlight misogynistic tendencies that then further normalization of such views. The disregard to credibility and legitimization of women in the industry is a mark that should be erased from the ever growing landscape.

Time and time again the subject is brought up in an attempt to bring awareness, attention and discussion to the topic. Eight months ago, it was brought to light when the BTS casting of Newbee.Boss’ first official game sparked outrage from the community. Weeks ago it was addressed in relation to the harassment of women in esports following a highly criticized piece regarding prejudice.

Backlash from the community is often met with response ranging from cultural differences, similarities of events and representation in traditional sports and it’s a rampant issue, move on.

The problem is, that although each of these ‘excuses’ may be in fact, technically correct, they are not morally nor appropriately correct. This line of thinking is problematic in that it does nothing to address or change anything at all. Unfortunately, more often than not, critics are told to deal with it or leave – and not always in so many words, but via the continuation of incidents or the support given to the perpetrators.

In fact, in light of the new sexual harassment epidemic to splatter the headlines, Harvey Weinstein’s behaviors and treatment of women were considered an ‘open secret’ in Hollywood and spanned over the course of 30 years - leaving a trail of victims only coming forward now.

Imagine how the same would be met if the roles were reversed. If it were the men of esports women in their arms or highlighted for their looks instead of their skill. It’s guaranteed that there is a stark contrast in reactions and standards. 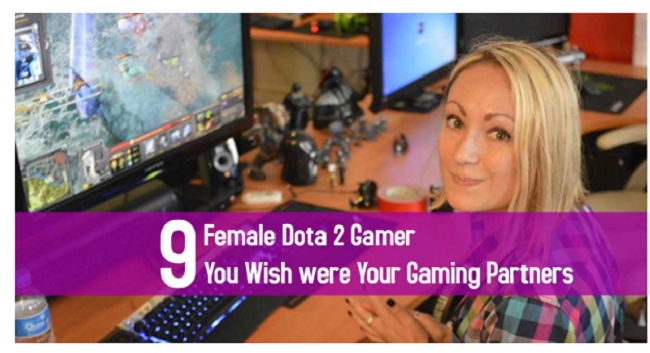 There is a long list and history of some incredibly talented and brilliant, hard working women in the industry that shouldn’t be relegated or reduced to their appearances or met with hyper sexualized comments.  It’s already an arduous road for women in a space where women are still not equal to men.

“
Women are still not equal to men, sexism is an intrinsic element of the female experience, and the sole requirement for calling it out is a sense of personal conviction

Its often been said; "If you aren't part of the solution, you are part of the problem". Taking an active role in addressing such issues can be daunting at the least. There are, however, several things that can be done with relative ease and anonymity. Every small step does count and adds up.

Anykey Org is an advocacy organization dedicated to supporting diverse participation in esports. Their mission is to “To help create fair and inclusive spaces in esports for marginalized members of the gaming community. We pledge to: Provide competitive gamers with resources, support, and opportunities. Highlight positive role-models. Create knowledge and tools to help create more diverse communities and supportive networks.”

Desoladies – a supportive, female-focused organization designed to unite, promote, and advocate for women in the Dota 2 scene

Do you see this situation improving anytime in the near future?

Yes, with more prominent women it will start to change
Thank you for voting!
No, change is still too far off
Thank you for voting!
Cristy “Pandoradota2” Ramadani
Pandora is a behind the scenes Dota 2 professional Jack of All Trades. When not busy with Dota 2 work, she is out trying to save the world or baking cupcakes. Follow her on Twitter @pandoradota2
Share Tweet
562 people reacted to this post