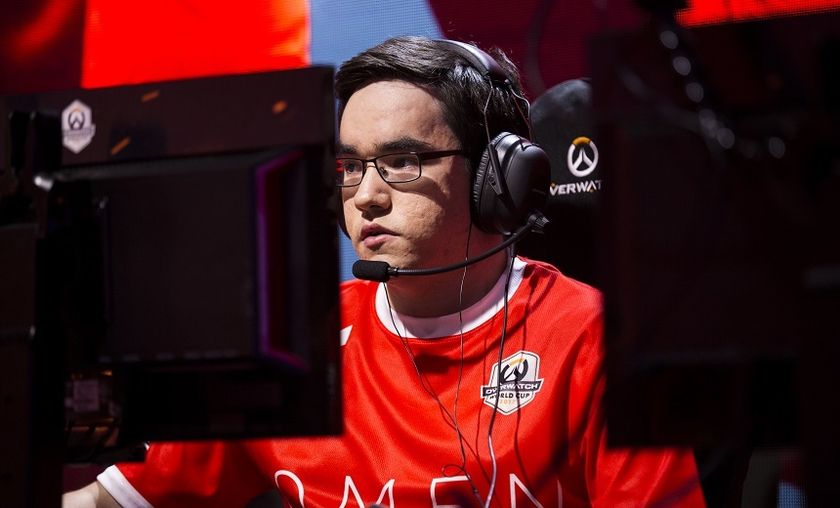 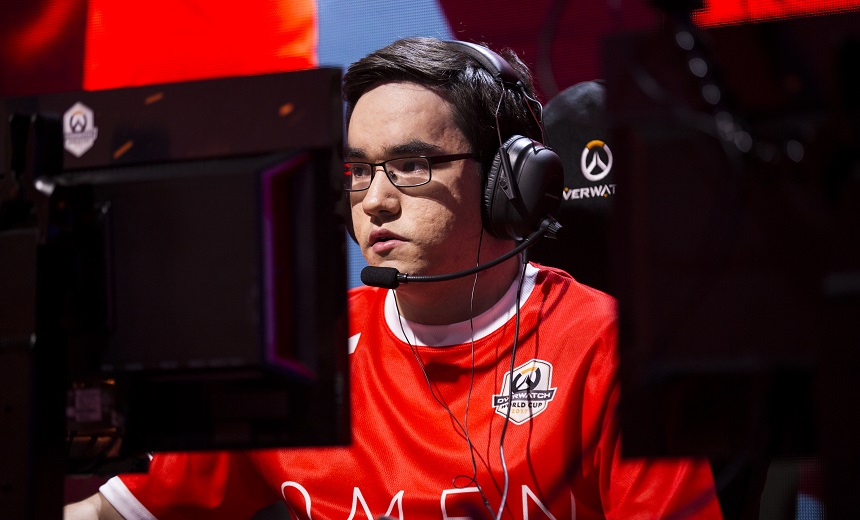 Let’s talk about the Canada versus Australia match. After accidentally leaving the point on map 1, it looked like things would tilt out of control. How did you guys recompose yourselves?

After we left the map on the first point, we were obviously upset with ourselves, but I wouldn't say we were tilted. We talked about what had happened and everyone said what they could have done differently then we moved on and focused on the next match. We hadn't had a lot of time to practice leading up to the event, so I think we all knew we would make a lot of mistakes and it just came down to how quickly we fixed them.

What impressed you guys the most out of Team Australia?

What impressed me the most about Team Australia was how coordinated they are. We knew they were mostly a full team and have all played together before the tournament, but we still went into it underestimating them a little bit. Their coordination and teamwork really surprised us, but we knew we were mechanically better and started to rely more on that to win the games after going down 0-2.

With the win, you guys matched up against Sweden in what turned out to be an “upset”. What was the biggest threat in your eyes on that team?

I think beating Sweden was definitely an upset. They're all in OWL and most of them are all on the same team on top of that. I think the biggest threat was the same thing as Australia's. They had more time practicing with each other and were much more coordinated than us. I also think Tviq and Manneten both played very well that series.

Do you feel like the performance of Sweden at this event is indicative of how the Florida Mayhem will do in the OWL?

I don't think Sweden's performance really shows how well Florida Mayhem will do in OWL. Missing out on Logix hurts them significantly because I think he adds a lot to the team. Florida Mayhem is a team full of players that I have a lot of respect for, and I know they'll do well in OWL once they've put the work in.

Let’s talk about the Grand Finals against Korea. What were your biggest takeaways from that match?

My biggest takeaways from the match is that the Korean teams aren't unbeatable, every team they played took at least 1 map off of them. Saebyeolbe is easily the best Tracer I've played against. I was able to kill him a lot, and I was very confident in my 1v1 ability against him during the series, but if my team wasn't able to communicate where he was and he got the jump off on anyone on the team, he never failed to 1 clip his target. I've never played against a tracer so consistent at doing that.

What is it like as a support player playing against Flower?

Flower in my opinion is the best player in the game, his team was great at creating pressure so it was hard to put focus on him but the amount of work he could do with all the room that was made for him was insane and I've never seen anything like it. I felt like I couldn't make a mistake against Flower or Saebyeolbe.

Throughout the tournament, your support play has stood out on Team Canada. How have you been able to look so good against the high level of opposition you’ve playing against?

I think what made me have so much success in the OWWC is just how good my team was. I've never played on a team with as many good players that I could put complete trust in to do their jobs above and beyond what is expected. I think what makes the best support players the best often comes down to how good their team is most of the time. Of course you can have individual good performances where you land all your shots, even the impossible ones, but when your team plays around what you need to do perfectly it all just sort of falls into place and you can do everything that needs to be done.

During tournaments there will often be a small mini-meta that develops between the teams as you start to see what your opponent's favor, do you feel like that has developed in the OWWC? You don’t have to speak in specifics, but with the Pirate Ship comp on Junkertown being so strong, have you guys found a way to counter it consistently, or does it just come down to execution?

I think every tournament will have its own mini-meta especially when it's a bunch of teams from all over the world coming together because you never know what the expect and have to adjust on the fly a lot of the time.

I'm assuming the Pirate Ship comp is the Bastion comp. I think it is extremely strong and nearly impossible to beat if you let the Bastion set up on the cart unless you have a lot of ults that you use perfectly around what ults the enemy has. The best strategy to beating it is to not let the Bastion set up on the cart, so we camped to attackers’ door at the beginning, and it's really difficult for them to get out with a bastion comp if you play it correctly. We stole this comp from Team USA while scrimming them before the World Cup.

Let’s talk about you briefly. How has the entire OWWC experience been so far? The fan presence in the arena was insane, how does having a live audience screaming at the top of their lungs change the way you play if at all?

The OWWC has been the greatest experience for me so far. The crowd was amazing. Hearing the crowd chant things like Ca-na-da or just hearing them roar whenever a clutch play happens is always a good feeling, and it definitely helps boost your confidence mid-match.

What do you feel Blizzards needs to do to continue this level of success looking into OWL?

Blizzard just needs to continue doing balance changes and improving the game in general to continue its success for OWL. Adding new heroes always adds something special to the game as well, especially support heroes because I think the meta is usually dictated by which support is the strongest.

What are your plans for the next year or so? Are you expecting Contenders to be more competitive than it was last season?

My plans for the next year or so will be entirely focused on getting into the OWL, I haven't given up on that dream yet. Contenders will definitely be very competitive and exciting because there were a lot of amazing players who were didn't get in the OWL who definitely deserved a spot.

Thank you so much for the interview, Roolf! Hope to see you again very soon.