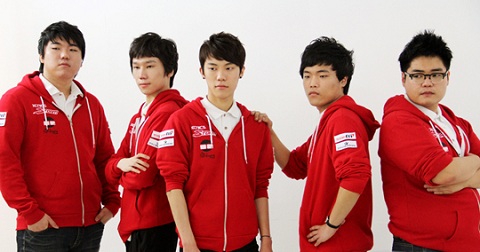 Because of unprofessional progamer behavior, team Storm will no longer bear the Xenics tag as their sponsorship got cut today.

Source states that Xenics thought of rebuilding the team but felt that the gap between management and players was too big, hence the drop of sponsorship altogether.

Despite the conflict, the name Xenics Storm will be kept and given to Xenics' B-team Tempest. As a result, Storm will have to find a brand new name under which they can continue competing in the ongoing The Champions Winter.

Coached by BroodWar legend Yellow, Tempest (now Xenics Storm) will test their new name in the Nicegametv LOL Battle, which recently underwent format changes to have it connected with The Champions similarly to how Code S and Code A work for GomTV's StarCraft 2 tournament. For those who missed the news, this is how the pyramid of Korean competition now operates (those of our readers that know Korean are welcome to check out this image):

UPDATE: Team OP has been confirmed as the temporary new name for the ex-Storm team. Source