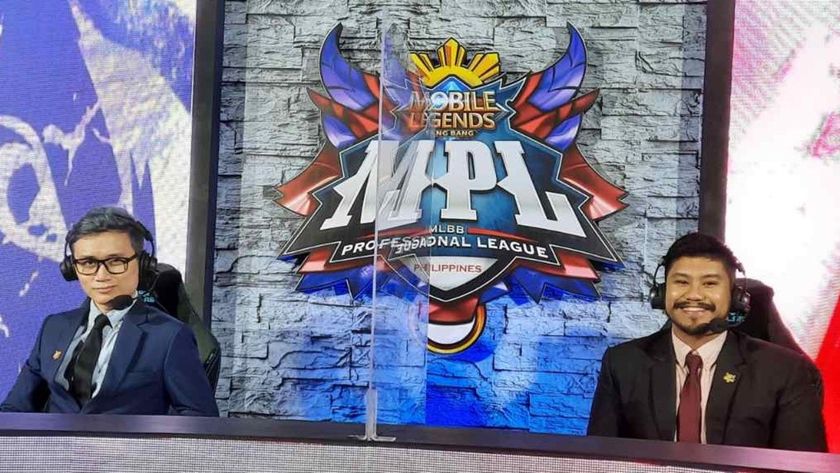 Over the past weekend, MPL – PH had a short break, which gave us the chance to catch up with well-known caster, esports personality and now technical coach of Auster Work Force, Daniel “Leo” Cubangay for some information on himself, MPL – PH and his new role too.

For those who may not know, can you tell us who you are?

How long have you been involved in MPL and MLBB?

I first played MLBB in late 2016. At the time, I was just amazed at how well a moba was scaled down and implemented like that for mobile. In 2018, I streamed MLBB for a bit on Twitch. And in early 2019, I started working with MPL PH, in season 3.

So, having been in the MLBB scene for quite some time, I imagine you have seen a lot of growth within the game itself. What is your favourite aspect of the game, what makes you able to hype it up so much during casts?

In my time playing the game, both on a professional and casual level - I have witnessed and experienced several significant changes. And I guess that’s one of the things that really keeps the game fresh and enjoyable, for me. The fact that Moonton keeps updating the game and allowing for creativity in strategies and playstyles. Hyping up the competition comes through knowing the history of the game and the league. On a micro level, playing the game a lot helps because you get to understand more and appreciate how skilled, talented, and dedicated the athletes really are - pulling off amazing plays and performing at the highest level.

As someone that is very new to MLBB, I’ve taken a big liking to Saber in my games. However, you must have your own favourite hero. Who is it and why do you enjoy them so much?

I have several favorite heroes. On top of my list would be Uranus - he’s so sustainable and how you affect the game isn’t so obvious until you actually start playing and seeing how annoying it is for the enemy to deal with an unkillable and immortal tank. Another hero that I also love, in theory, is Popol and Kupa. There’s so many technicalities going on in the game’s coding to really make the dog work, it’s impressive. That, and how the hero is mostly played as a tank, and how that works with the rest of the game’s dynamics makes for such fun games, both to play and watch.

Moving on to your new role in MPL, can you please explain to us what exactly a Technical Coach is, what do you do?

In my role as a technical coach, my main duty is to study game data and how that interacts with the way the team plays. It’s honestly in flux, quite a bit. There’s only so much number crunching and theorycrafting I can do. At that point, my responsibility then goes toward analyzing the players’ tendencies in game and working towards improving their overall performance. Basically, consulting with Coach Lift, working together to cover our bases and arm the players with everything they need before competition.

Let us take a look at MPL a bit now, but I will try my best not to dig too deep into the Work Auster strategies. Having only played two series in MPL – PH so far, what do you think the strengths and weaknesses are of Work Auster?

Work Auster Force is definitely a mechanically gifted team. Each player is so skilled at their role, and the heroes they play, some would argue they were born to play Mobile Legends. Their innate game IQ is so high, I rarely have to ever dig into what they’re thinking - us coaches trust them that much. That’s their main strength. As for their weakness, arguably it’s gotta be a lack of experience. On average, WAF must be the youngest team in MPL PH - in age and professional experience.

Week 3 of MPL – PH Season 7 will see the Battle of the “Tzy” finally come to fruition as Work Auster take on Bren. How big is this rivalry going to be within the game?

Ah, Karltzy and Flaptzy vs. Rtzy and 3martzy. Honestly speaking, the rivalry isn’t as clear cut. Yes, their names are similar, but more likely it’s just Flaptzy and 3martzy that’s going head-to-head in the EXP Lane. Chuuu vs Karltzy in the jungle, that’s one matchup so many folks are looking forward to, for sure. Bren is currently on an upswing - coming from a tough series of losses from the first couple of weeks, I’m guessing their hungrier and more ready by this time. As for Work Auster Force - they would have grown from their M2 and open qualifier scrim days - that’s for sure.

Obviously, now that you are working alongside Work Auster Force, you must love their playstyle and work that they put in. Are there any other specific reasons you have for working with them?

I must admit, I’m relatively inexperienced when it comes to coaching and doing analyst work for a professional team. So, when the bosses at Work Auster Force approached me, I was nervous, flattered, and reluctant at the same time. But knowing Daniel “Chuuu” Chu, the team’s jungler, and what he has been through the past 2 seasons, and how he’s still here and better than ever despite all that - I knew the team had spirit. That, and I was told the players were polled, asking who they’d like to come in and help - and I was a prominent name that came up. That definitely was a pull, knowing they wanted to work with me, knowing they’d listen to what I had to say, and that there’d be a mutual respect between all of us. Their innate strength and youthful energy helps as well, making them easier to mold and build up. In the past weeks working with them, I have no regrets.

Which team do you think will be the biggest challenge for Work Auster to overcome, if any and considering the dominance of Blacklist International so far, are they a team that you feel are going to be a problem in Week 4?

Blacklist International is definitely a challenge, for all the teams in the MPL PH, for sure. That aside, I think Onic Philippines is a really strong team, too. Their lineup and playstyle look a lot like what Work Auster Force could be after a couple seasons worth of experience in the MPL.

Being a caster while also working with a team can be tough, especially when you have to remain impartial. However, do you think that as a caster, you can see more potential issues while watching?

Personally, it gets really stressful when it’s game day. I get very antsy and can’t keep my cool while watching the game from backstage. That might potentially affect my performance as a broadcaster. It hasn’t happened yet, I hope it never comes to that. But currently, the production team has worked towards organizing our schedules so I would never have to cover my team’s games. I'm thankful for that - making concessions for my situation.

Where do you see mobile esports and mobile gaming in general compared to other esports, do you think that it has come just as far as say Dota 2 and League of Legends or is it still growing to that point?

Mobile esports is currently, still, a younger sibling to the more developed and matured titles like LOL or DOTA 2. To be fair, they have half a decade’s worth of lead time. That being said, I believe there’s still plenty of room to grow. All over the world, brands are recognizing the strength and significance of mobile esports - and that should help propel our titles to greater heights. Also given the developments in technology, smartphones are getting smarter and smarter, every year. The whole “it’s a mobile game” argument is slowly becoming less and less sound. I think we can really only grow bigger, and maybe share the grand stage with the bigger titles.

I think that is all I have for now, but do you have anything else you would like to add?

None for now. Thank you for reaching out! I appreciate having our piece, as professional broadcasters and coaches, be shared.

We will wrap it up there. Thank you for taking the time to chat with us, Leo.

You can catch Leo and the Work Auster Force team in action again from April 9th, as MPL – PH Season 7 kicks off again after its short break. With such an amazing technical coach, we are really looking to see some brilliance from Work Auster, but only time will tell what could happen as the season continues. We will have more information on Week 3 of MPL – PH Season 7 later this week, so check back often if you want to keep up with all the team statistics, information or general MLBB news.

Definitely
Thank you for voting!
Probably not
Thank you for voting!
Jarrad “Belandrial” Adams
Belandrial has spent most of his years following Dota 2 closely, but now has found a new home in the complex world of Mobile Esports. When not watching nearly every possible esports title available, you can find me running around Azeroth or building strange bases in Valheim.
Share Tweet
15 people reacted to this post