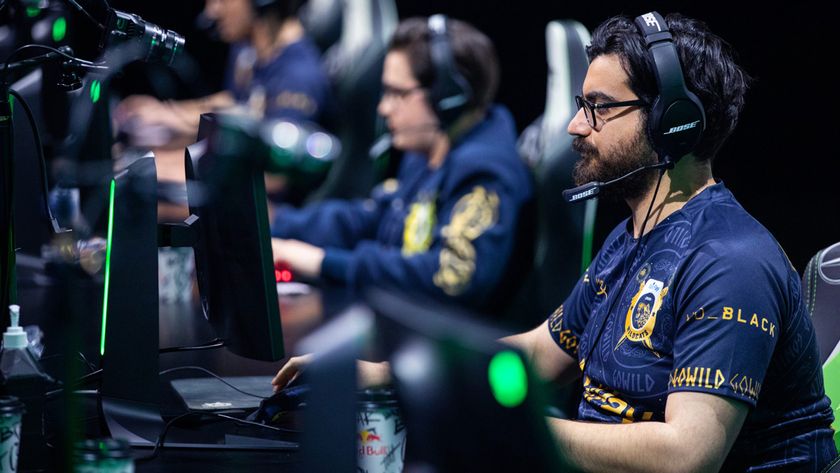 Istanbul Wildcats and RNG brought day 2 of MSI 2022 to a stunning finish with intense matches and a few close calls.

Group B of MSI 2022 once again came to blows at the end of day 2, delivering some stunning wins and equally unexpected losses. First, Istanbul Wildcats pulled one over RED Canids. Then, reigning champions Royal Never Give Up nabbed a win from the hands of PSG Talon. That puts RNG in the lead going into day 3, with plenty of time left to level the playing field.

RED Canids went up against Istanbul Wildcats in the first of today’s final two matches. RED put on a fantastic show yesterday by taking a win from PSG Talon, but ended up eating a loss today instead.

The match kicked off with RED prioritising defense. On the right side of the map, we saw Wildcats laying pressure on RED while trying to down a turret. On the solo lane, ScarScreen went up against Guigo in an extended skirmish. For the most part of these opening minutes, both teams were trying to make plays happen without handing the other team a kill. They were being cautious.

First blood eventually came along with Jojo and StarScreen getting eliminated. The first dragon went to Wildcats in exchange for one of their own getting killed. A Rift Herald spawned without either team getting much use of it, and after baiting RED to a rightmost turret, Wildcats bit off a chunk of health from the midlane turret with RED unable to defend it immediately. The turret stayed up and Wildcats had trouble touching it again, however.

Around the 15-minute mark, the Wildcats made a push for another dragon and slayed it with relative ease, with the other team having exhausted their ults and thus unprepared for a big teamfight. Both teams continued to funnel coins for the most part, only occasionally going for a turret. Wildcats ultimately got a little too comfortable, which allowed RED to make a push into their base and nab a turret. RED’s strategy here was taking their time to make smart plays, but it didn’t always work in their favour. Wildcats ended up winning a teamfight around the 20-minute mark with a dragon as their reward.

At the 27-minute mark another massive teamfight went down with Wildcats coming out victorious. With that victory, Wildcats went right into RED’s base and earned the win in a matter of seconds. At times, both teams seemed evenly matched. This was a close one.

The very last game of the day saw Royal Never Give Up go against PSG Talon. Royal Never Give Up took Istanbul Wildcats apart in yesterday’s match in calm and clinical fashion, and repeated themselves with PSG today. RNG went with Ahri, Ezreal, Volibear, Braum and Gnar while PSG went with Tristana, Viego, Katarina, Rakan and Gwen.

A slow start for this one. Both teams started on the top side of the map, and the early minutes unfolded without much surprise. Fights unfolded for the sake of coin, with small skirmishes happening on the side. First Blood finally went to RNG with two kills in a row and an almost 1.5k lead in gold to boot. PSG didn’t take that lead back anytime soon, either. In fact, RNG picked up yet another kill before PSG finally picked up three of their own in a big teamfight that didn’t actually need to happen. We’ve seen teams back out of fights when there isn’t enough on the line before, but both teams doubled down here against their better instincts.

RNG picked up the second dragon around the 12-minute mark, with both teams having four kills each, but RNG leading in gold by 3k. With PSG weakened after a brief scrap, RNG managed to push through most of the midlane turrets, clearing a path for a potential future push into PSG’s base. Another dragon spawning kicked off a big fight with RNG coming out on top, earning them the honour of putting it down. RNG eventually tried taking this momentum into the top right turret and after a brief stalemate and a big fight, took the turret down. PSG managed to demolish most of RNG for this, exploiting the team’s bad placement but losing a turret in the process.

RNG picked up another dragon at the 23-minute mark and earned a double kill soon after. The team rolled right into the Baron with little opposition afterwards. RNG made their way into PSG’s base and, hilariously, pushed the other team out of their own home and worked their way towards the Nexus. A productive push, but they ended up retreating before anyone was downed. Another push saw more structures go down and a big teamfight unfold, with RNG mostly staying on top. PSG ended up having to back off and despite low healthbars all around, RNG secured a clean win through sheer perseverance.

Do you think PSG is going to level the playing field over the next few days?