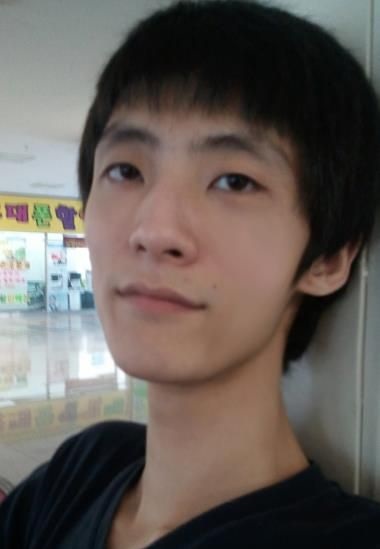 Similar to the former Brood War matchfixing scandals, its rise in prominence is ever escalating with the size of League of Legends professional gaming in Korea.

Five young players aspired to do well and showed strong individual performances prior to entering their match against CJ Entus Frost.  The player Cheon "Promise" Min-Ki, who is currently undergoing surgery wrote his story about how the team was intentionally told to throw games or suffer punishment as well as ahq Korea's sponsorship essentially being fake.

"Hello , I am former pro adc aka Fimir. My associated team was called AHQ korea and my nickname was ahq K Promise. My will is on my facebook page and I will leave this world within the next 5 minutes of this post. I am here to post the things that have happened in ogns lol history including my own personal story."

No Dae Chul Coach came up to us (the team ) and said if we did not lose against the big teams , that OGN will not let them play and have them in the league. (That they threatened to pull them out) Of course this was a LIE however we did not know at the time. All 5 of the members talked about it when HOON (former player of najin , jin air etcetc ) said he could not go through with it. As a professional player , he said that he will just play to win. That very night , the coach called ActScene and I and told us that we had to lose for the teams future. We both believed him and we planned to carry out the plan.

Supposedly Matchfixing Summary ( it is fairly long so I'll summarize it) Ktb 1-2- CJF 1-2- games We were to lose the first four games to give the points to both teams ( at the time spring ogn considered two groups of 6 teams) When we were against frost , we were really scared that we wouldn't be able to play again if we won against them. The thought of all the hard work to get in the league , to be a professional gamer. Against KTB we wanted to play the way we did , resulting in a 1:1 score. This really pissed me off , at the time I thought I was doing the right thing , for the team but we were a qualifying team , a team that practiced countless hours (beating cj frost earlier in a scrim the same day as the game day) . I told my teammates after I have given everything up. We had many riffs with the coach and the coach seemed very off and doing mysterious things. It just didn't seem right. At first , I thought that it was just his style but he started to have fits with hoon.( I thought it was just hoons personality) but time after time , it seemed like the coach didn't care about us playing and hoon with his time as a pro just knew something was off. After the Najin game , we started talking as a team and tried to find out was really happening.

AHQ COACH NO DAE CHULS SUPPOSED MATCH FIXING There was no official sponsor from AHQ. The name only came because they supported us with their mouses/merchandise/names (they did not know that at the time) All the money for the house / everyday spendings / computers came from the managers loan. The team was created so that he could matchfix using TOTO (online betting for sports , esports not completely legal) and we found out this all very late , after talking to the the official AHQ manager using skype. We did see some of the loan sharks , they came around when we were looking for a house ;;

After the skt game , we talked to the coach ( this was when they did not know that their team was created toto ; no official sponsor from ahq ; ) after few days , he came up to us and said that he will bet that they will win 2 : 0 against the najin and that we too should toto. We had no intentions of betting anything in the first place and we did not. After the najin game , 3 computers were sold and that we were told the gas /elec/ water would be cut off. of course it wasn't and it was just his plan to make us leave. We had the LG games left so we told him we would stay and we asked why he sold the computers. His response : Ahq told me to bring their money back. He was planning to make a run after selling everything he could. We talked to the manager and he said that we had no official sponsor ( before the skype talk with official ahq spokesperson or manager) , that the merchandise are just gifts for the players , not for him and that they can keep it.
We again talked to the manager and that we would leave if he paid them their salary , and other spendings etc by players . We asked him why he was selling the computers to pay ahq ( after we found out the truth) and he just started bringing up more lies. So after 3 hours of confrontation , he would pay us our money , would not touch them with their professional careers and would leave and disband the team. After a week , we had the LG games and Najin came out as victors of the game. Honestly , I felt like we could challenge anyone , the motivation to play better, but the shock and the truth of things that happened were too much too handle. I no longer could be a professional player and a year's worth of hard work were just gone like that.

I felt terrible for Ahq . Fans were calling out saying things like why did you create a team to disband it so quickly etc etc when they didn't even have a clue what was going on Talk with AHQ SPOKESPERSON Hoon ; min gi (fimirs name) this is ahq person via skype Fimir ; Hello are you there Ahq ; yes continue Fimir ; is No Dae Chul our official supervisor ? Ahq ; He said that he is your manager Fimir ; What about our sponsor? Ahq ; If I recall correctly , ahq sent the merchandise(Tesero , Corsair , Steel series , banshees ( I think names) ), team name , and uniforms to advertise . No other financial assets were given. Fimir ; are there any officials in Korea? Ahq ; No , actually ahq has no one in korea and we do not have anyone in Taiwan to oversee korean teams.

After the talk with the ahq spokesperson , everything became clear. Oh fuck , this guy created to make us into a toto team. He was always out of money , most of the times we would only eat twice a day and the manager had no say in our practices whatsoever. He would just drink and drink. He lost his toto bettings against KT (they won once) reearned his money against Frost( they lost 2:0) He would say that the money from AHQ would be taxed ( some sort of international tax lie he created) so they would be paid very late. He would always check where they went , tried to make me break up with my gf , and when we won against KT , he tried to torture me after the game.

@InsideKLoL, A Twitter account that updates the English community on the inner-workings of the events in Korean progaming, posted this following the prior message.

ReSEt (former KT jungler) replied to the post. "Heard Promise jumped off building and was taken to the hospital. Please pray for him."

We will continue investigating and update as soon as we hear more.  Promise is currently being treated in a hospital.

UPDATE 1: NiceGameTV has reported that Promise is no longer in a coma and can answer, but his status is very poor. --  Source (Korean)

"now he can understand conversation, but still urgent situation, need to use artificial ventilator"

UPDATE 2: Promise cannot speak, and has serious injuries to his neck and back. -- Source

UPDATE 3: OGN English commentator "MonteCristo" claims the hunt for ahq's coach is on for Korea.  He will update after speaking with news reporters. --- Source

UPDATE 4: Kespa has formulated a task force that will attempt to get a large-scale investigation out from Korean police. -- Source (Korean)

UPDATE 5: @insideKLoL tweeted "Promise is now recovering in emergency room, and details regarding his condition are being shared only among his families. Gotta wait."

UPDATE 6: Promise fell on a recycle box. He can hear and talk with a respiratory Mask but can't move. Doctor's say he will survive but likely with permanent damages. Ex-AHQ members will meet with KeSPA. -- Source 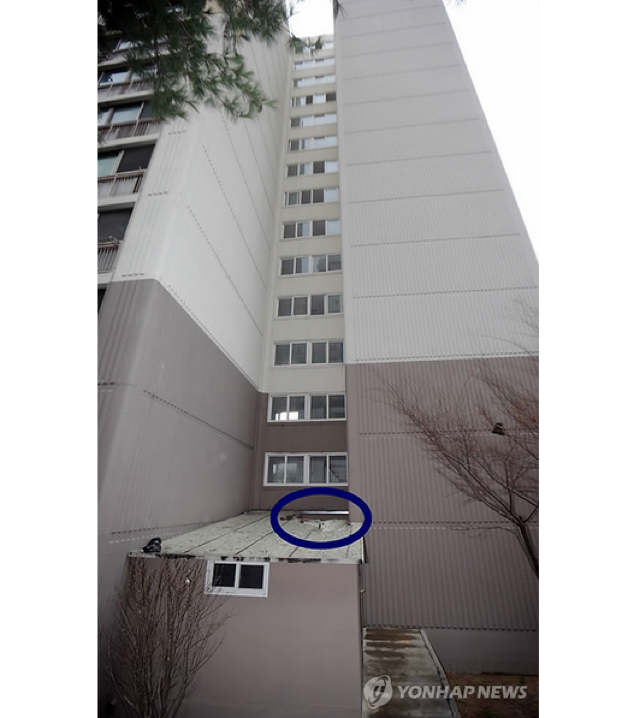 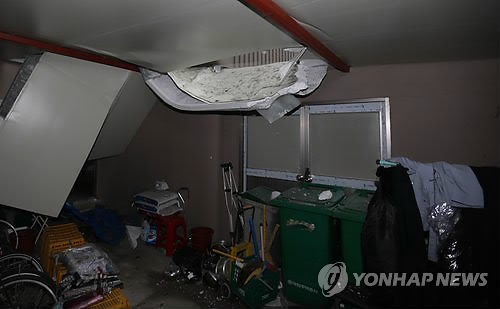 Update 8: ahq Esports Club (Taiwan) released a statement regarding the match-fixing allegations and their involvement.  The statement included the acknowledgement of Promise's statements as accurate: including the statement that their sponsorship was only requested in name and that the ahq equipment was given specifically to the players, so the coach was stealing when he sold them.

Ahq also acknowledged that Promise reached out to them with information regarding match-fixing, and as a result, ahq Esports Club removed ties with Noh, but could not otherwise confirm any information at that time and instead encouraged the Korean team to finish Champions to the best of their abilities.  Unfortunately, Noh had already kicked them from the gaming house at this time.

The statement also includes Noh's Skype ID, possibly with the hope that the information with lead to details on the matchfixing coach's whereabouts.

With regards to the news published today about ex-ahq Korea player Promise, our company express our deepest regrets. To prevent unnecessary speculation, we would like to issue the following statement:

We express the deepest sympathy and regrets for the tragic happenings to Promise, other than giving our full blessing for a speedy recovery for Promise, we would also like to declare that ahq would not bow down to evil forces! We would also like to advice young people out there, suicide will not solve problems other than leaving your families intense sorrow. Please cherish life.