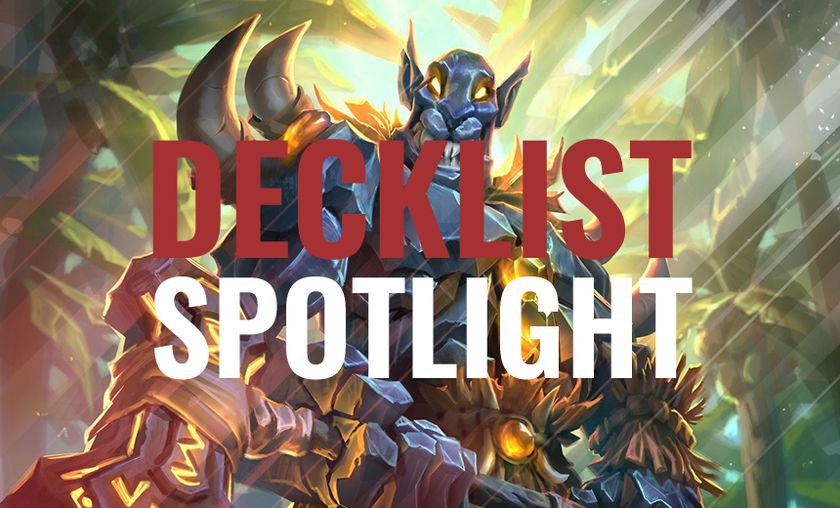 The archetype has been making waves on ladder and in tournaments recently.

Un’Goro really is full of surprises. The expansion has proven to be a land where archetypes which the community thought would be dead after the Standard rotation are alive and well.

The first major example of this is Freeze Mage, as the deck continues to exist on ladder and in tournaments thanks to [card]arcanologist[/card] and [card]primordial glyph[/card], and is even considered to be stronger than before. The second is Murloc Paladin.

The archetype should have, in theory, perished as [card]anyfin can happen[/card] rotated out, but players such as Cloud9’s Cong “StrifeCro” Shu have found a way to keep it in fashion.

The new Murloc Paladin play much more like a standard control than OTK combo. It fights for board control early through taunts and removal and uses [card]vilefin inquisitor[/card] to spawn 1/1 murloc tokens when the chance presents itself. Upon building a relatively rich murloc board, [card]gentle megasaur[/card] comes down to adapt for a potential killing blow.

The Megasaur is far from the only win condition of the deck. [card]tirion fordring[/card] and [card]ragnaros, lightlord[/card] are staple late game threats which can carry the game. [card]sunkeeper tarim[/card] is a double-pronged legendary which at the same time buffs your 1/1 tokens and shrinks the enemy threats. On rare occasions, the deck can even go on the offensive, as [card]murloc warleader[/card]’s boost is sometimes strong enough to carry the murloc army to victory without resorting to late-game shenanigans.