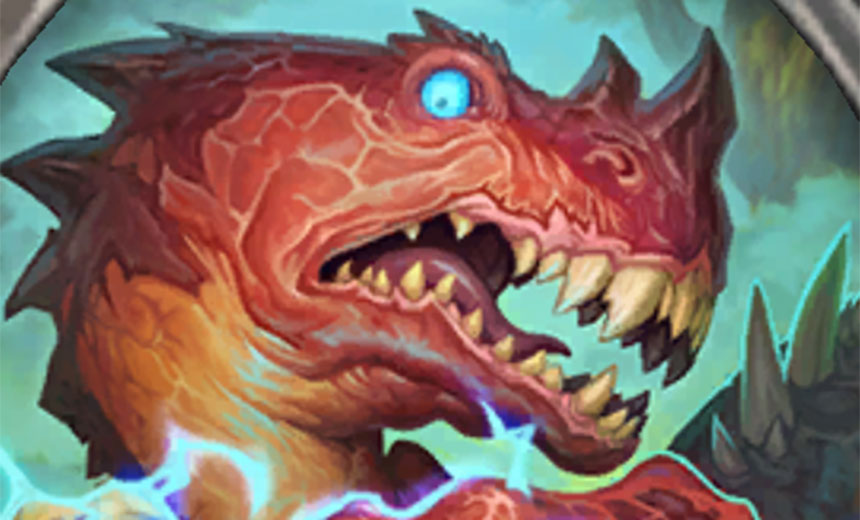 Hunters get a potentially strong 2-drop.

With the rotation of [card]King's elekk[/card], Hunters are losing one of their strongest 2-drops, but another one might fill the slot with Journey to Un‘Goro.

Crackling Razormaw is a 2-mana 3/2 beast which Adapts a friendly beast on Battlecry. While simple, its effect can prove to be just what the class needs to apply enough early game pressure and get ahead in the health race, given how Hunter already has great one-drop minions such as [card]fiery bat[/card] and [card]alleycat[/card].

Depending on the game plan, Crackling Razormaw has a variety of options with which to power the 1-drops on curve. +3 attack would make Fiery Bat hit for 5, contributing to the SMOrc strategy, while the summoning of two 1/1 tokens on Deathrattle or +1/+1 can aid decks fighting for board control. Even in the late game, Crackling Razormaw isn’t completely useless as it can potentially empower a minion with Poisonous, turning a weak beast into a removal.

The ability to adapt 1-mana minions on curve could just be what new-style Hunters will need, given how there’s a lot of hype surrounding [card]the marsh queen[/card] quest, which will invite the class to stack on these cheap minions, While Crackling Razormaw doesn’t work with non-beasts such as [card]argent squire[/card] or [card]abusive sergeant[/card], it’s not exclusively good on 1-drops either. A T4 Razormaw to adapt a minion from [card]animal companion[/card], for example, could make for a very powerful turn and leave mana open for a Steady Shot weave or—what the hell—a second Razormaw.

What do you think of Crackling Razormaw? Will this new Hunter common see play? Tell us via the quick poll below. 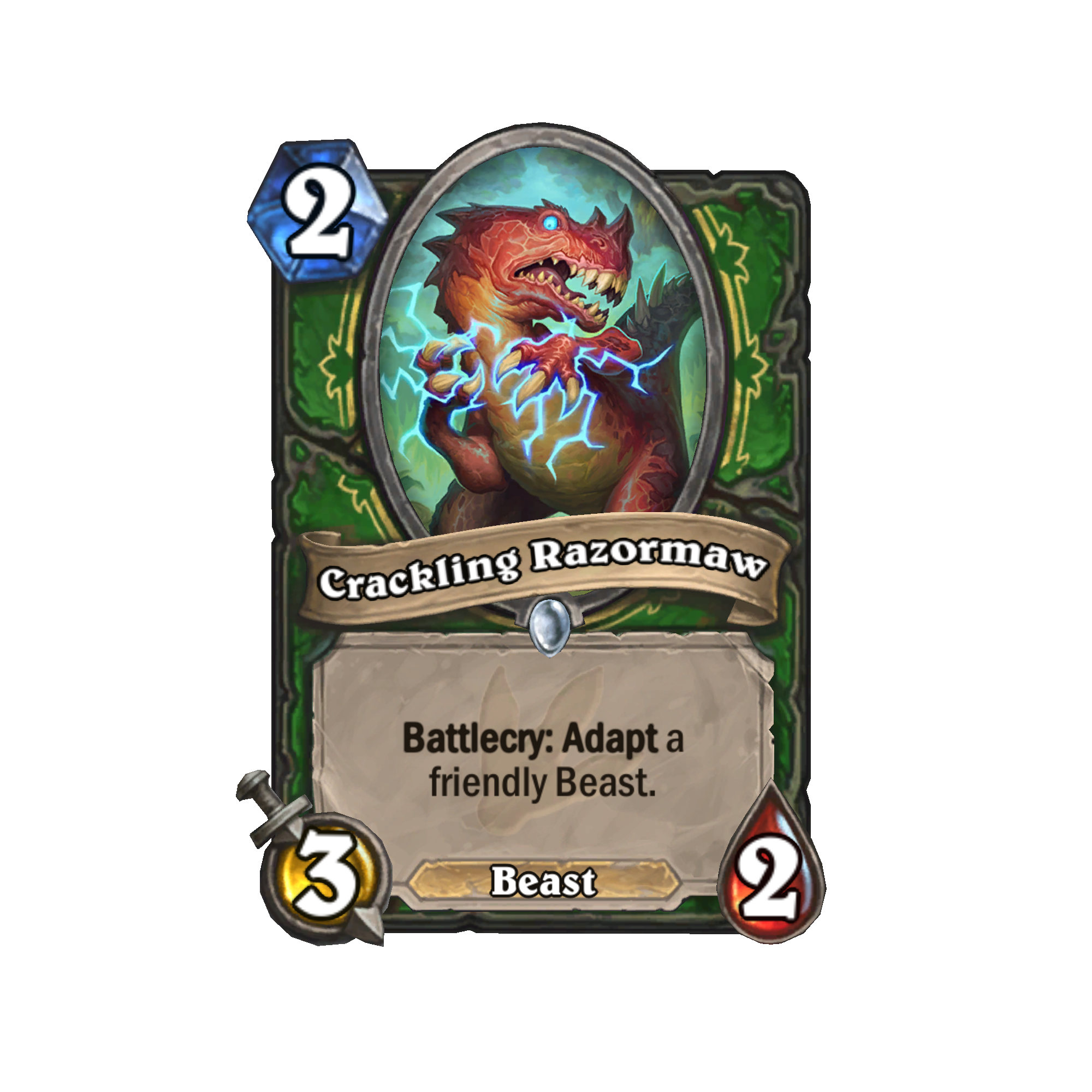