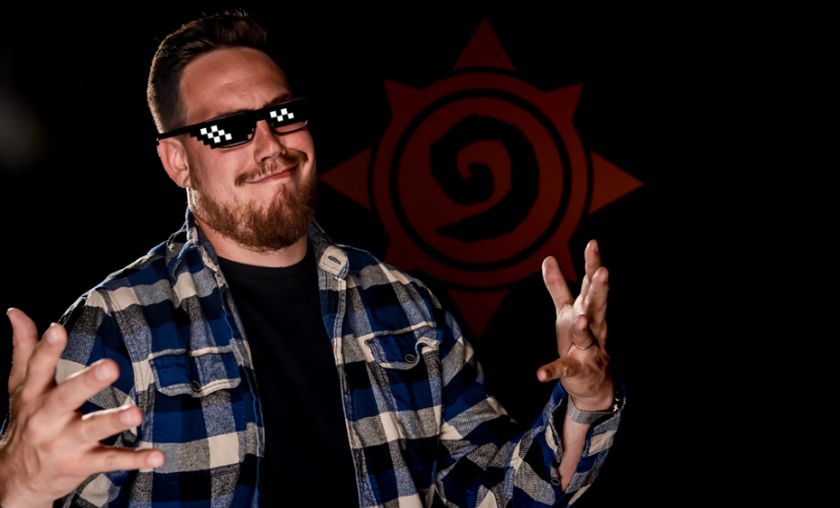 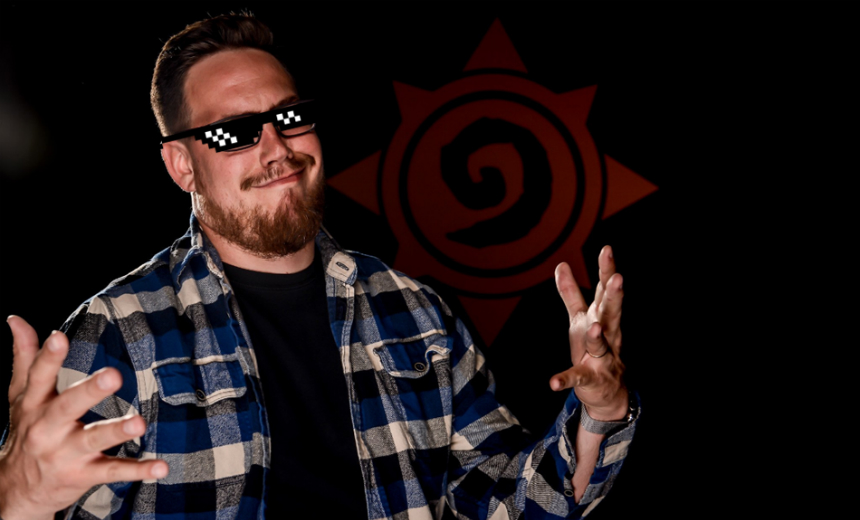 Two surprises came to us from Un'Goro: a leaked card and a song that's just lit, fam.

Starting off with the leaked card, a Taiwanese website spilled their content about two weeks too soon. GNN Gamer accidentally posted an image of Gentle Megasaur, a Neutral beast that upgrades your Murlocs. Since Blizzard has stated the reveals for Un'Goro wouldn't start until the 17th of March, there was some confusion about the reveal, and the legitimacy of the card. Principal Game Designer Mike Donais took away doubts by answering some questions that were asked about Gentle Megasaur's effect. He confirmed that, indeed, all your Murlocs on board do get the same Adaptation. 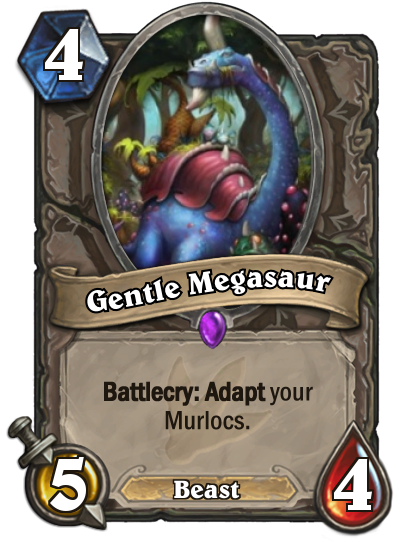 But if you thought a leaked card would be the news of the week, you thought wrong. After the release of the Un'Goro announcement, some people were disappointed that, unlike most other Hearthtsone cinematics, Un'Goro's trailer wasn't musical. A Reddit thread popped up, suggesting that Game Director Ben Brode should sing a song to compenstate. The suggestion was met with enthusiasm, and even lyrics for such a song were written.

Though on Twitter Brode couldn't grasp why the thread was being upvoted so much, he surprised the Hearthstone community a day later when a two-minutes long rap song, written by Brode himself, popped up simultaneously on his Twitter and on the Hearthstone subreddit. The post flew to the front page, and was even the highest post on /r/all for a few hours.

Despite the video not even being a day old, covers and remixes have already been made:

Of course none of them can live up to the original, so check it out below! (Tip: watch the video at 1.5x speed for an even better rap)

Should Ben Brode pursue a career in Gangster Rap over staying on the Hearthstone team?