The $10,000 Hearthstone debut for DreamHack is over and the king of the 128-bracket Gaara was crowned on Sunday. With the tournament now done, we get to see what the best players brought to Bucharest.

The tournament in Romania came right after the meta shifted towards Highmane Hunters so seeing the class being used by seven of the eight top 8 players is no surprise.

In spite of Hunter's dominance and the somewhat stagnated meta, there are a couple of decks that are interesting to look at, still. First, we have Gaara's ramp Druid, running double Ancient of War and double Sunwalker to hard counter the Hunters. Control players should definitely look into it if Hunters are giving them trouble on the ladder.

Gaara also played a weird mix of Zoo and Handlock, having a conconction of early-game minions and Ancient Watchers/Sunfury Protector combos and finishing the curve with Jaraxxus and double Molten Giant. The deck has built-in flexibility and makes Warlock an even more unpredictable class - it can change position from beat-down to control depending on the match-up and looks very similar to the early iterations of StrifeCro's Druid builds who were able to do the same.

Speaking of StrifeCro, the Druid master once again had the chance to show his deckbuilding prowess and brought token Druid with Ancient Watchers in it, very reminiscent of Gaara's Warlock mix. It also runs Wild Pyromancer as an anti-aggro measure (yes, in tokens) so it's curious to say the least. 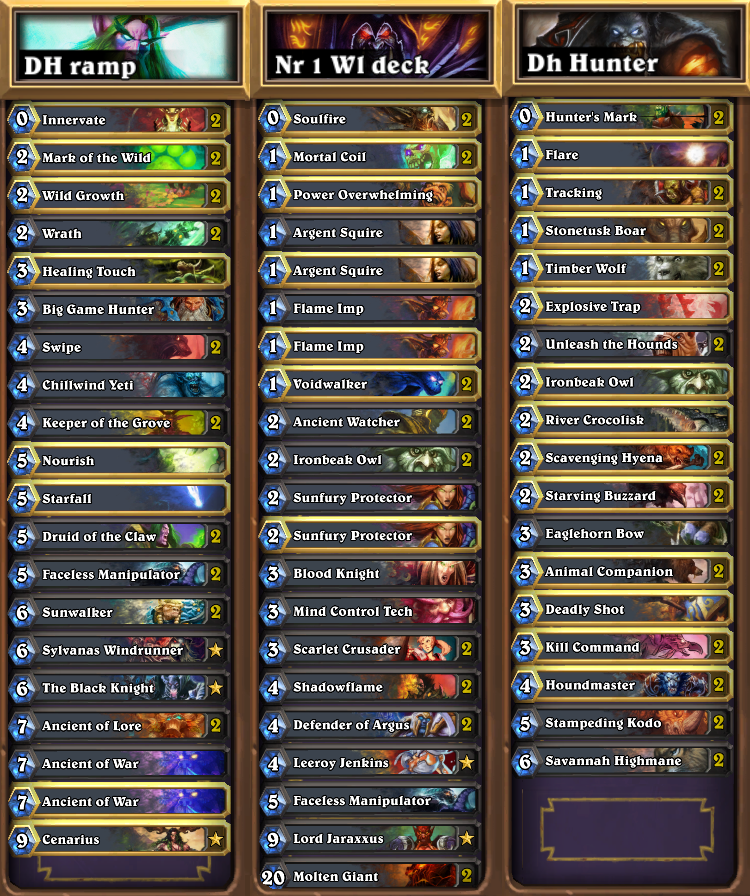 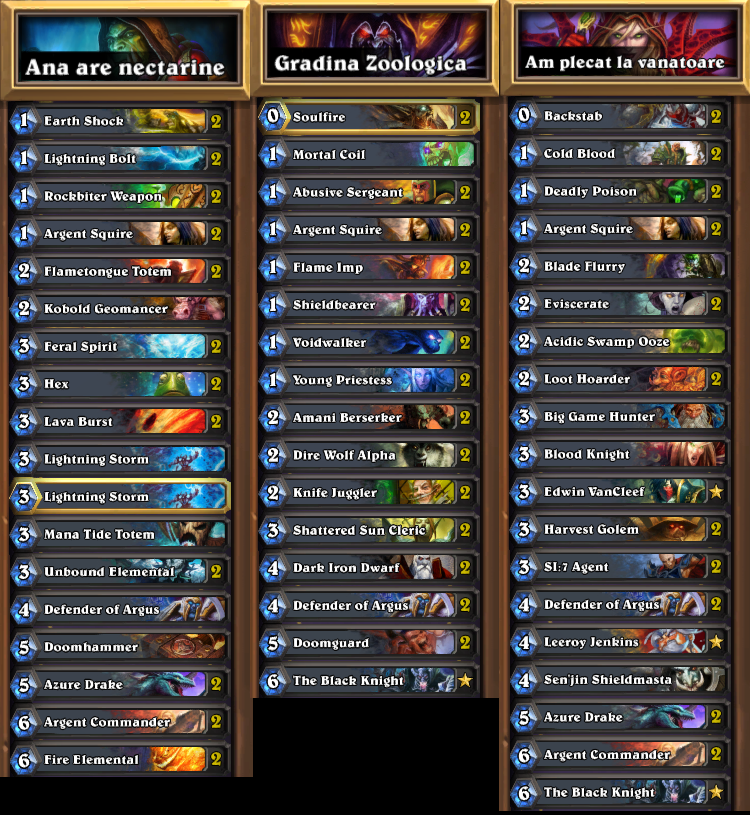 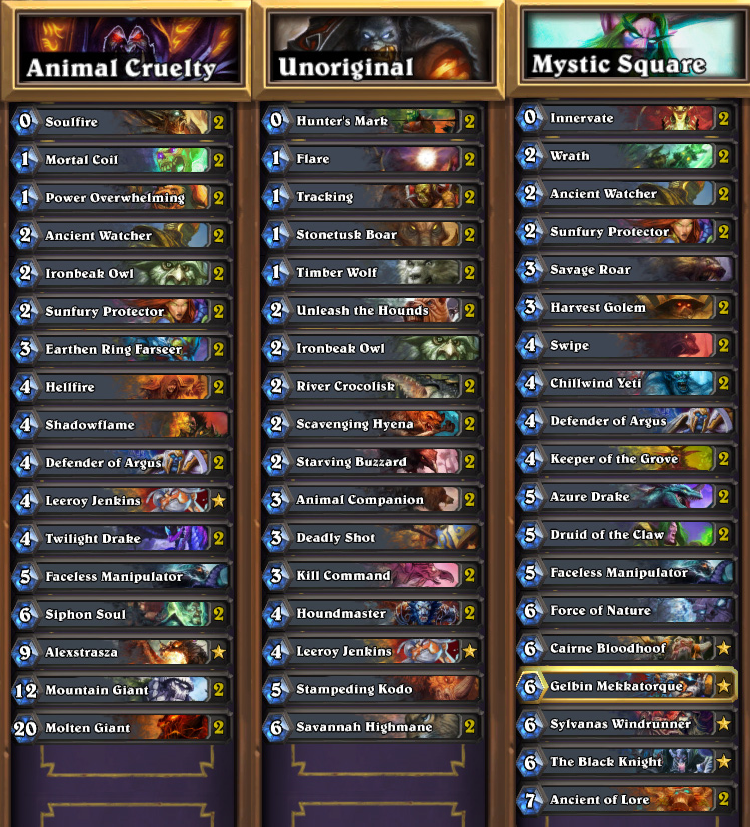 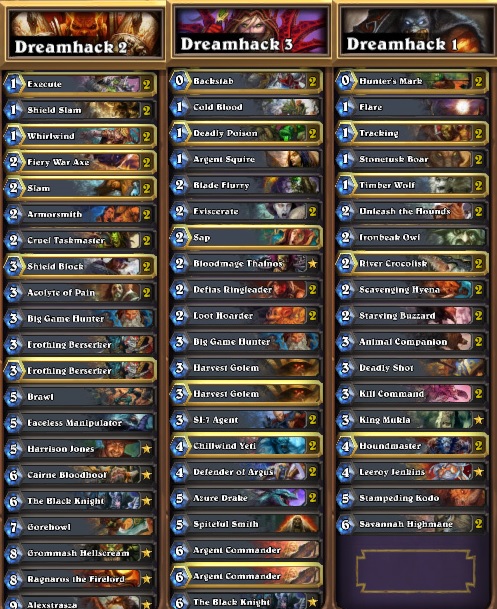 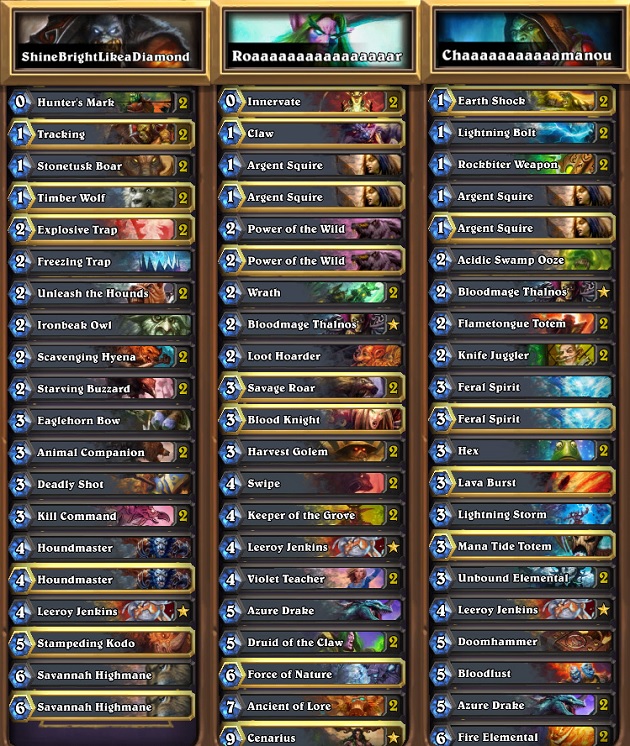 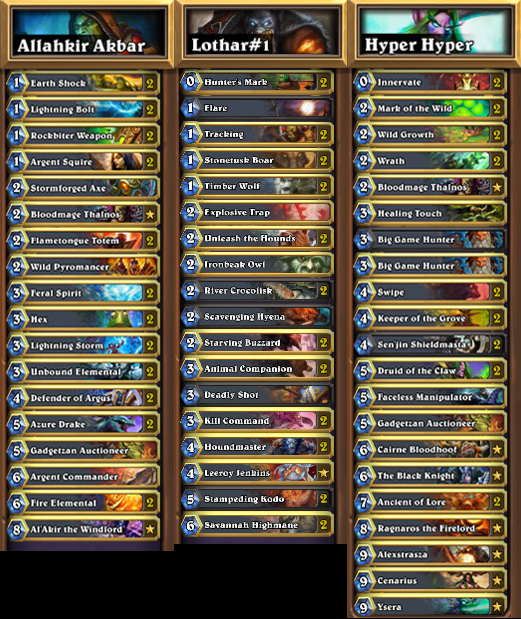 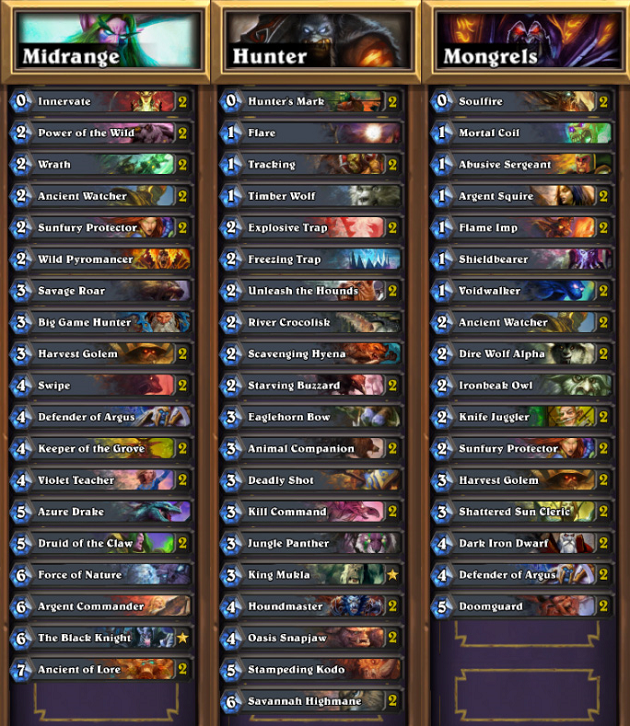 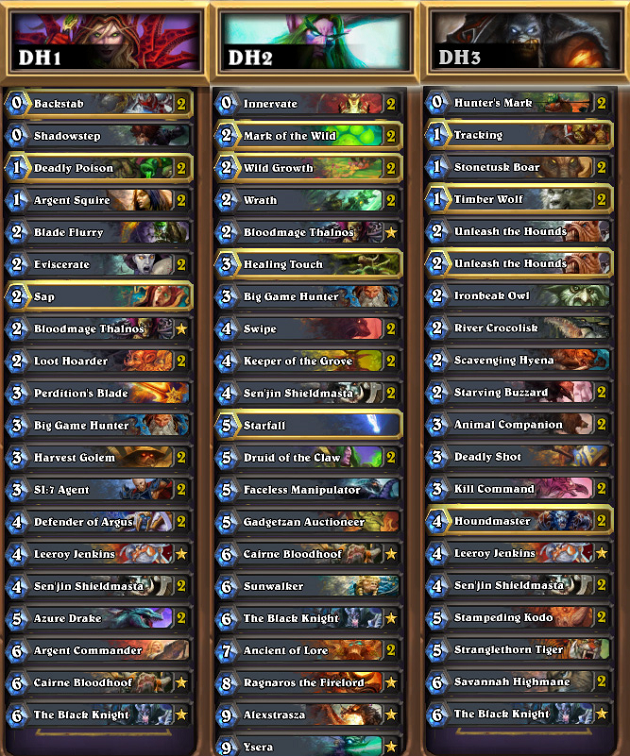