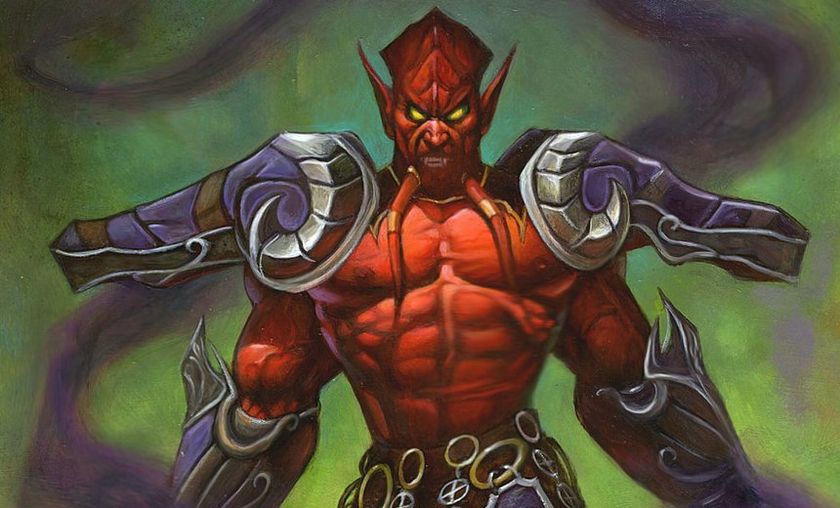 A Month in The Wild - Week Four: Reno Lock 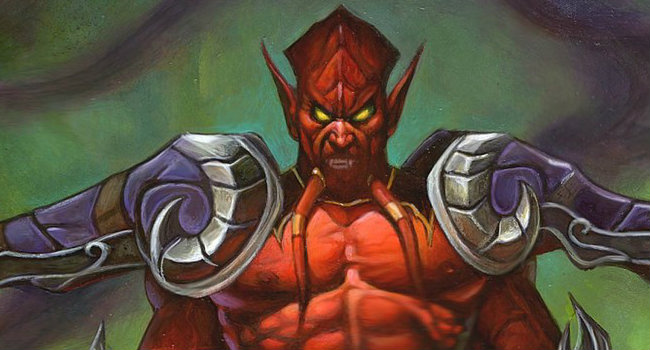 It's the last week of A Month in The Wild, but we end with one of the pillars of the format.

So, Dragon Priest. Last week, in the introduction to this deck, I wrote about how my first few games had been fairly unconvincing. Well, by the time I switched decks for the final article in the series, I ended up with a 56% win rate. Not bad, but not great.

I continued to face a wide array of decks, even as I approached the higher ladder ranks. However, this week I had fewer unique opponents than in either of the previous weeks. Three matches against Secret Paladin is still not a ton, of course, but losing just one – to the absolute nuts curve-out – leads me to believe this is a good match-up. On the flip side of that coin, going 0-2 against both N’Zoth Priest and Evolve Shaman is not damning in itself, but the way the games went, the way they felt, tells me that you need a lot of luck on your side to win against those decks.

There’s that L word again. I seem to keep falling into the habit of writing about chance and randomness with Dragon Priest. I wrote at length last week about the important of Historian and Operative. Nothing in the intervening week has changed my mind.  Indeed, one of my wins against Secret Paladin was a hilarious example of this. My turn five Operative gave me a Secret Eater. My opponent naturally played his Mysterious Challenger on six, and immediately conceded when his Christmas tree got devoured by a 7/9 the following turn. It was hilarious at the time, but it served to underline what I had felt about Dragon Priest since picking it up last week.

For every absurd Drakonid Operative game, there is a game like the one where I lost to a random pile of Druid cards. One opponent played a deck with so little apparent synergy (I saw C’Thun, one C’Thun buff card and no more) that I entered in my spreadsheet as “WTF Druid.” This deck had Kel’Thuzad with no Deathrattles – it looked like my opponent had just let the game auto-complete his deck – and I lost. Sure, any deck can crap out on occasion and lose to nonsensical jank, but in these two games (Druid and Secret Paladin) I saw a level of feast or famine that no other deck in the series had shown me. I’m not saying there is no skill involved in playing Dragon Priest – there definitely is – but too often I felt like my fate wasn’t in my own hands.

If that’s your idea of fun, then I can’t recommend Dragon Priest highly enough. It is hugely swingy and I get that some people enjoy that. Beating people with their own cards can be amusing for a while, sure. But if you want a consistent, ladder-grind-friendly list, I suggest you look elsewhere.

So we end a month in the wild with my favourite deck of last year’s standard. It was a close vote, and part of me wanted to play Egg Druid to give us a more rounded view of the format. But the people have spoken and they said “try and live 'til turn six.” Unsurprisingly, I already had a Reno list ready to go. It’s definitely not optimal – I was messing around with a demon-heavy version recently – but the great thing about Reno decks is that there is a lot of room for customisation. I expect to make more changes to this deck than I did with any of the previous three. Last week I only swapped out one card from the list I started with but Reno Lock is so adaptable that it seems silly not to change cards based on what we play against. Of course, if Wild continues to be as varied as it has been in previous weeks, trying to configure a singleton deck is going to be a unique challenge.

With this being the last month in June, I’ll be wrapping up my findings in the next article. I have already played a handful of games with Warlock and already have some changes in mind so we will be finishing the month with a bang. Reno is a deck I have a lot of experience playing, so even with the vast array of decks and small sample size I’ve been coming up against, I expect to find out plenty of useful information.

If all goes well, and if people enjoy the content, I might even continue the article in future. Vote below if you want to see more articles about Wild in the future.

Do you want to see more Wild articles like this one?